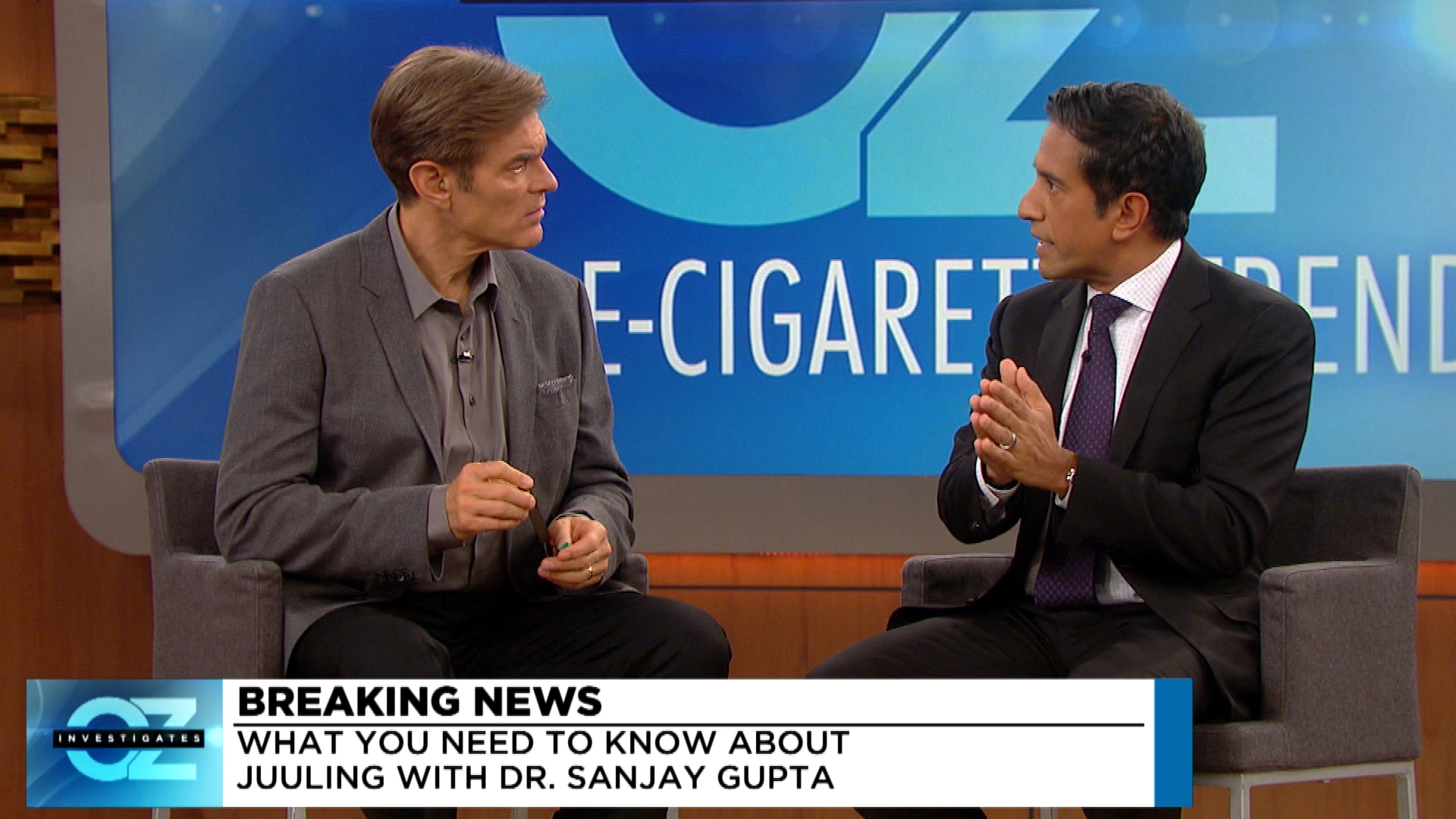 Lotion. Beer. Water. Kombucha. Lately, nearly everything you can buy to use or consume seems to have versions with CBD added. And despite the confusion around its legality on a national scale, the cannabis compound’s popularity continues to grow.

It’s a “CBD oil boom” as Dr. Mehmet Oz is calling it. The favorite doctor of stay-at-home moms brought cannabidiol into the mainstream television spotlight with a segment on his show Tuesday.

After he intros the “boom,” a previously-filmed segment with investigator Mara Schiavocampo outlines the very basics of CBD, its popularity on the internet and how it relates to marijuana.

When we come back to his studio, noted cannabis proponent and fellow TV doc Dr. Sanjay Gupta sits down with Oz. They go over the differences in THC and CBD, and later invite Dr. Todd Cooperman to discuss the average price per dose and average milligrams of CBD in certain products.

What they find isn’t surprising to most of followers of the issue. A massive TV wall in the studio displays a graphic showing the amount of CBD in the nine products they tested can range from 2 to 22 milligrams.

The average price per dose can range from 80 cents to $4.50, Oz notes. Some good news? They didn’t find any THC or heavy metals in those products.

After this, the three docs stand around discussing the confusion around labeling, and Oz stokes a little fear into the hearts of his viewers.

“Folks, if you don’t understand something these days, it’s because they don’t want you to understand it,” he warns. Perhaps a little heavy handed for something as relatively harmless as CBD and hemp oil.

In response, Gupta says that regulation will force manufacturers to list real CBD levels and ingredients and have to stand by it, something that’s helped the cannabis industry in states that have enacted legalization. In closing, Oz agrees that CBD “could work” but that there’s a problem with access to the compound.

The show veers just shy of really supporting CBD treatment for conditions that it could benefit, but the basic CBD 101 education is aimed at the main daytime TV demographic of women aged 25-54. And while medical marijuana is already outrageously popular among U.S. voters, if Oz’s viewers end up supporting CBD—and broader marijuana reform—in big numbers, they could play a huge role in voting out prohibition.

Where Missouri’s US Senate Candidates Stand On Marijuana