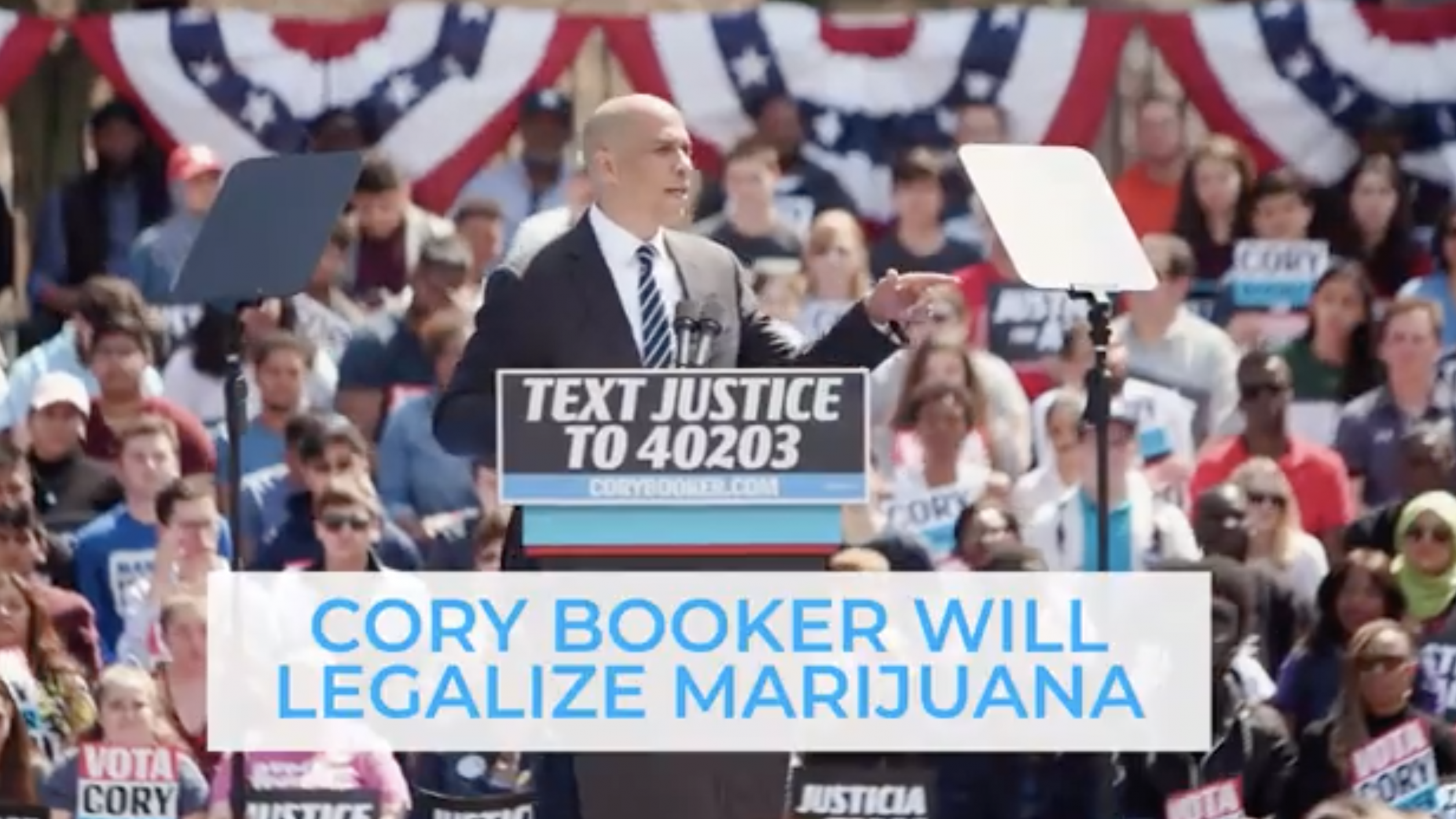 A super PAC working to get Sen. Cory Booker (D-NJ) elected president is putting a lot of emphasis on the candidate’s marijuana reform agenda, releasing multiple new advertisements highlighting his position on the issue.

United We Win, an organization that’s not formally associated with Booker’s presidential campaign but supports his candidacy, included cannabis reform in three separate spots over the past month. Two of those ads contrasted the senator’s stance with that of former Vice President Joe Biden, a rival contender for the Democratic nomination who opposes adult-use legalization.

“Joe Biden is wrong about weed,” one ad, released on Tuesday, states. “He called marijuana a ‘gateway drug,’ but science says he’s wrong. Cory Booker knows that legalizing marijuana is the sensible, humane thing to do.”

Another, posted last week, shows a clip of Booker at the most recent Democratic debate, where Booker called out Biden over the gateway drug comment that quickly became a source of controversy ahead of the event. Booker said at the time that he was shocked to hear Biden say he doesn’t support legalization because he thinks cannabis could lead to the use of more dangerous drugs.

About one week after the former vice president made the remarks, he reversed his stance and said evidence doesn’t support the gateway drug theory. This wasn’t the first time that the senator has blasted Biden over his cannabis record, as Booker said in July that his opponent’s drug reform plan was inadequate.

“Joe Biden had more than 40 years to get this right,” Booker said. “The proud architect of a failed system is not the right person to fix it.”

The other ad, released last weekend, pits Booker against South Bend, Indiana Mayor Pete Buttigieg, who is also competing for the Democratic nomination. United We Win included Booker’s plan to legalize marijuana in a list of policy proposals that they said make him a more fit candidate and also noted his role in advancing criminal justice reform legislation in a Republican-controlled Senate.

Buttigieg does support legalization, so the point of bringing that position up didn’t appear to be an attempt to contrast each candidate’s platform on that issue in particular.

Booker has certainly taken pains to emphasize his advocacy for cannabis reform during the campaign, and he’s the sponsor of comprehensive legislation that would not only federally deschedule marijuana but also penalize states that continue to dole out cannabis enforcement in a discriminatory manner.

While United We Win isn’t affiliated with Booker’s team, and federal law prohibits the PAC and the campaign from coordinating with one another, the strong focus on his marijuana platform reflects a growing recognition that, especially among Democratic voters, legalization is an important issue that candidates and political operatives are seeking to leverage during this election.

Photo courtesy of YouTube/United We Win.