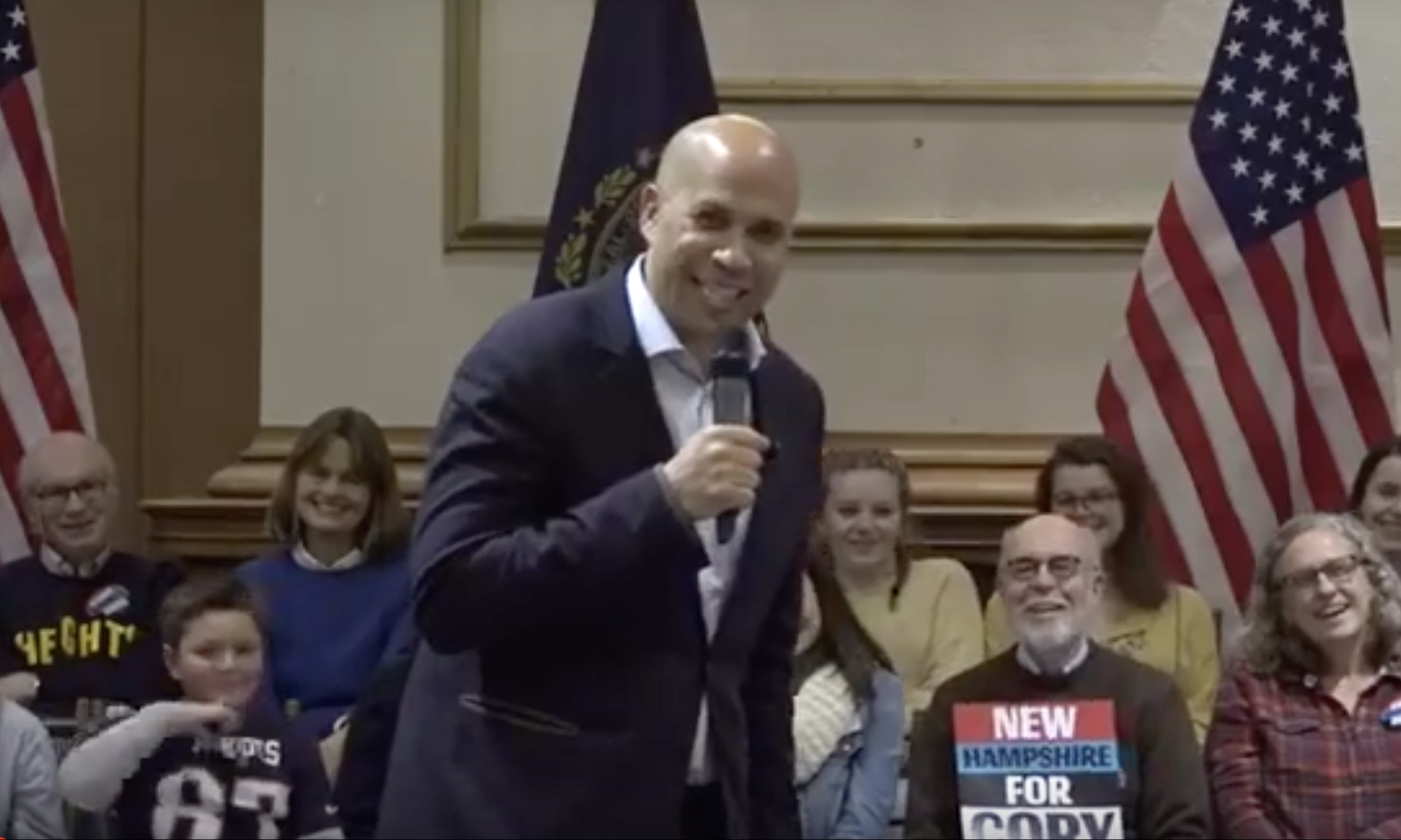 Sen. Cory Booker (D-NJ) revealed that his mother scolded him after he called out Joe Biden’s opposition to marijuana legalization by joking that the former vice president must have been high when he expressed that position.

During a campaign event in New Hampshire on Friday, the presidential candidate said he called his mother after last week’s debate and the first thing she said was, “Cory, did you really accuse the vice president of the United States of smoking marijuana on national TV? Did I raise you better than that?”

Booker earned praise from reform advocates after proactively raising the issue at the debate, which saw no questions from the moderators about drug policy. The senator said on the stage that he was confounded when he heard Biden voice opposition to legalization days earlier, which the former vice president justified by suggesting cannabis may be a gateway drug to more dangerous substances.

But some advocates also took issue with Booker’s joke about the former vice president being high when he made that comment, as it plays into stereotypes about marijuana consumers and implies getting high leads one to make poor decisions.

Sen. Booker on fmr. VP Biden's recent comments on the legalization of marijuana: "I thought you might have been high when you said it" #DemDebate pic.twitter.com/dQf55njB66

In any case, Booker highlighted what’s become one of the most apparent disconnects between Biden and the public, particularly Democrats. While a poll this month found that 78 percent of people who lean Democratic support legalization, Biden has only been willing to back medical cannabis, modest rescheduling, decriminalization of possession and expungements for prior marijuana convictions.

The senator emphasized at the debate that cannabis is “already legal for privileged people, and the war on drugs has been a war on black and brown people,” drawing applause.

He reiterated that point during Friday’s campaign event, stating that “we disproportionately incarcerate black and brown people” and that “there’s no difference between blacks and whites for using drugs or selling drugs, but African Americans are four times more likely to be arrested for it.”

“This is why I said to the vice president, ‘You don’t want to legalize marijuana when we are literally seeing people use marijuana all over this country but only low-income or marginalized people get arrested for it and then they get criminal convictions and for the rest of their lives they can’t get jobs, business licenses, loans from banks?'” Booker said.

“Come on,” he said. “I went to Washington to solve that.”