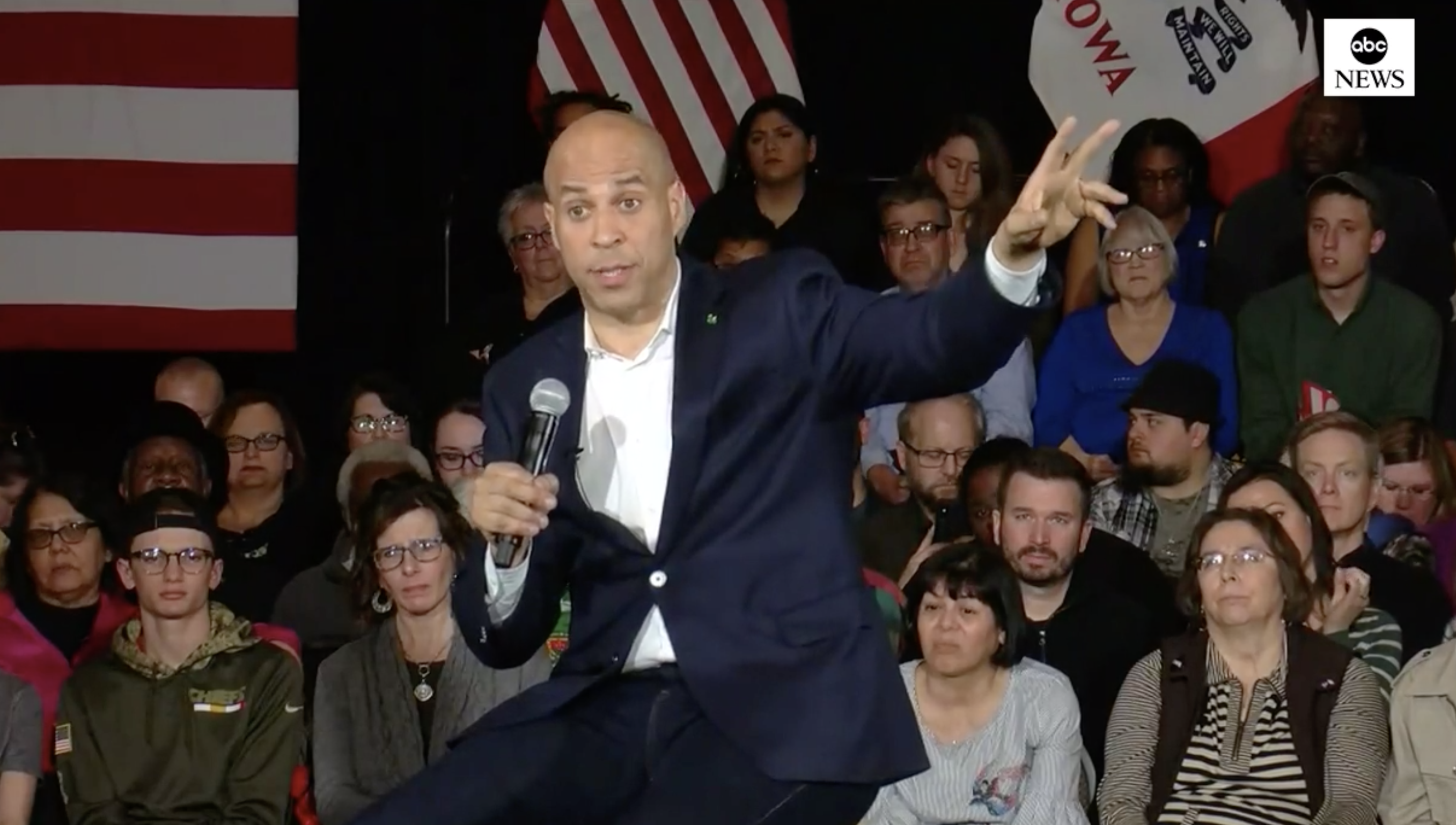 Sen. Cory Booker (D-NJ) gave a shoutout to the top prosecutor in Baltimore on Friday, applauding her for taking the step of dismissing most cases against people for drug offenses amid the coronavirus pandemic.

State’s Attorney Marilyn Mosby announced to staff in March that minor violations such as drug possession, attempted drug distribution, prostitution, traffic offenses and public urination should not be pursued to minimize the risk of spreading the virus in prisons, which have become hubs of transmission in multiple cities.

The senator said during a livestream event with JusticeLeadershipUSA that it was the right move and that it highlights the need for voters to pay close attention to local elections.

Mosby has “employed incredible tools in this crisis—that I’ve been advocating on a federal level frankly,” Booker said. “She ceased prosecuting drug possession, prostitution and other low-level crimes amid the crisis to avoid incarcerating people during this crisis.” Additionally, she’s taken steps to reduce the number of people locked up during pre-trial review, he said.

“I just bring her up because this is showing what these local elections of attorney generals and more—the difference it can make. And you’re seeing that happening with more consciousness in our voting,” the senator continued.

Watch the conversation below, starting around 54:10:

Booker, who also recently called for federal marijuana legalization during the COVID-19 outbreak, complained that for “a long time” in local races, prosecutors campaigned on incarcerating more people and imposing lengthy sentences.

“There’s been a perversion, I think, in what the ideal is here, which is justice,” he said. “When you start seeing these enlightened prosecutors starting to emerge thanks to elections, you’re getting a lot of different standards of what is success. Success isn’t lock as many people up, success is justice and restorative justice.”

In a statement to Marijuana Moment, Mosby said she’s “pleased that someone like Senator Booker—a true national leader on criminal justice reform—is recognizing the merit of our policies.”

“We appreciate his support and will continue to work on policies that will reduce the prison population, and therefore reduce the spread of the virus,” she said.

Mosby, who participated in a tour of Portugal with numerous prosecutors to learn about the country’s decriminalization policy, has been proactive about pushing drug reform in her office. She announced last year that city prosecutors should no longer process marijuana possession cases and moved to clear the criminal records of people with prior cannabis convictions.