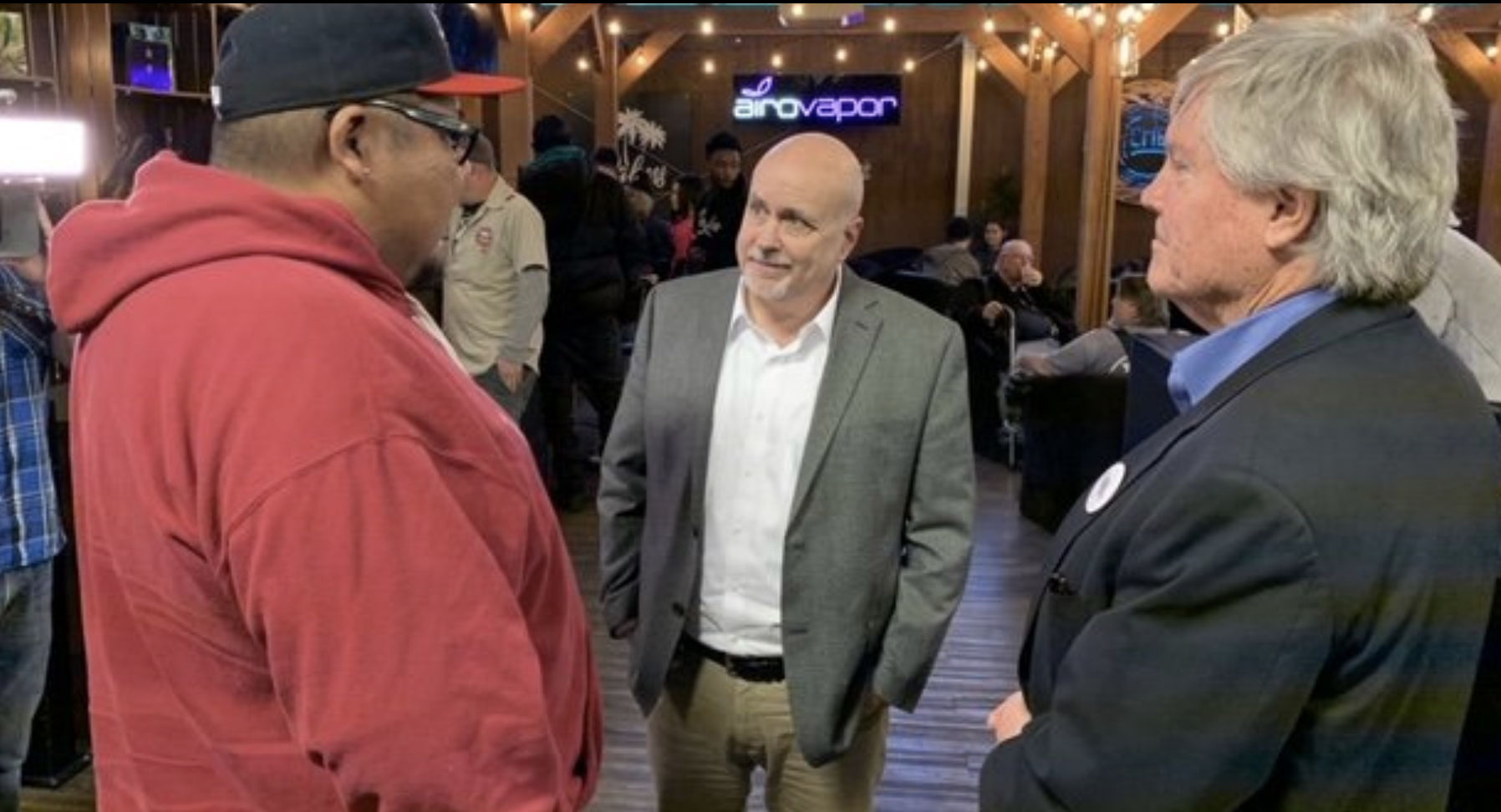 A congressman and staffers for Sen. Bernie Sanders’s (I-VT) presidential campaign toured a marijuana dispensary in Las Vegas on Monday and discussed the need for federal cannabis reform.

Rep. Mark Pocan (D-WI), who endorsed Sanders’s bid for the White House last week, shared photos on Twitter from the visit to NuWu Cannabis, a tribal-owned shop that features a consumption lounge and a drive-thru where consumers can buy marijuana products.

I also got to join the #Bernie2020 team touring the Las Vegas Paiute’s @NuwuCannabis dispensary.

After years of an unjust War on Drugs, it’s time we work to ensure all communities can benefit from legalization—@BernieSanders marijuana legalization plan will do just that. pic.twitter.com/XFWmIZKuus

“After years of an unjust War on Drugs, it’s time we work to ensure all communities can benefit from legalization—[Sanders’s] marijuana legalization plan will do just that,” the congressman tweeted.

While the 2020 Democratic presidential candidate wasn’t scheduled to attend the shop and has since had to drop campaign stops in order to participate in the Senate’s impeachment trial of President Donald Trump, Pocan and Nevada campaign staff were there on his behalf, Tick Segerblom, a Clark County commissioner and former state senator who helped coordinate the event, told Marijuana Moment.

“We showed him around, explained on how it works, explained how it’s organized under state law,” Segerblom said of Pocan. “He said he’d never seen anything like it.”

The congressman also talked with business owners about the importance of social equity within the marijuana industry. He didn’t purchase or sample any cannabis products, however.

Segerblom said that while Sanders wasn’t able to attend this tour, he believes it’s important for the candidate to participate in such events and talk about his reform agenda to distinguish himself in the race.

“There’s a lot of people who will vote on this issue, and since [former Vice President Joe Biden] has come out against legalizing cannabis, I think it’s a very important issue for him to emphasize,” he said.

It’s fitting that Pocan would tour a tribal-owned cannabis business, as he was the chief sponsor of a 2016 bill that would have protected tribes from losing federal funds if they enact a legal marijuana program. Although the congressman represents Wisconsin, which doesn’t even have a comprehensive medical cannabis program let alone full adult-use legalization, he has cosponsored several cannabis reform bills this Congress, including two that would end federal prohibition.