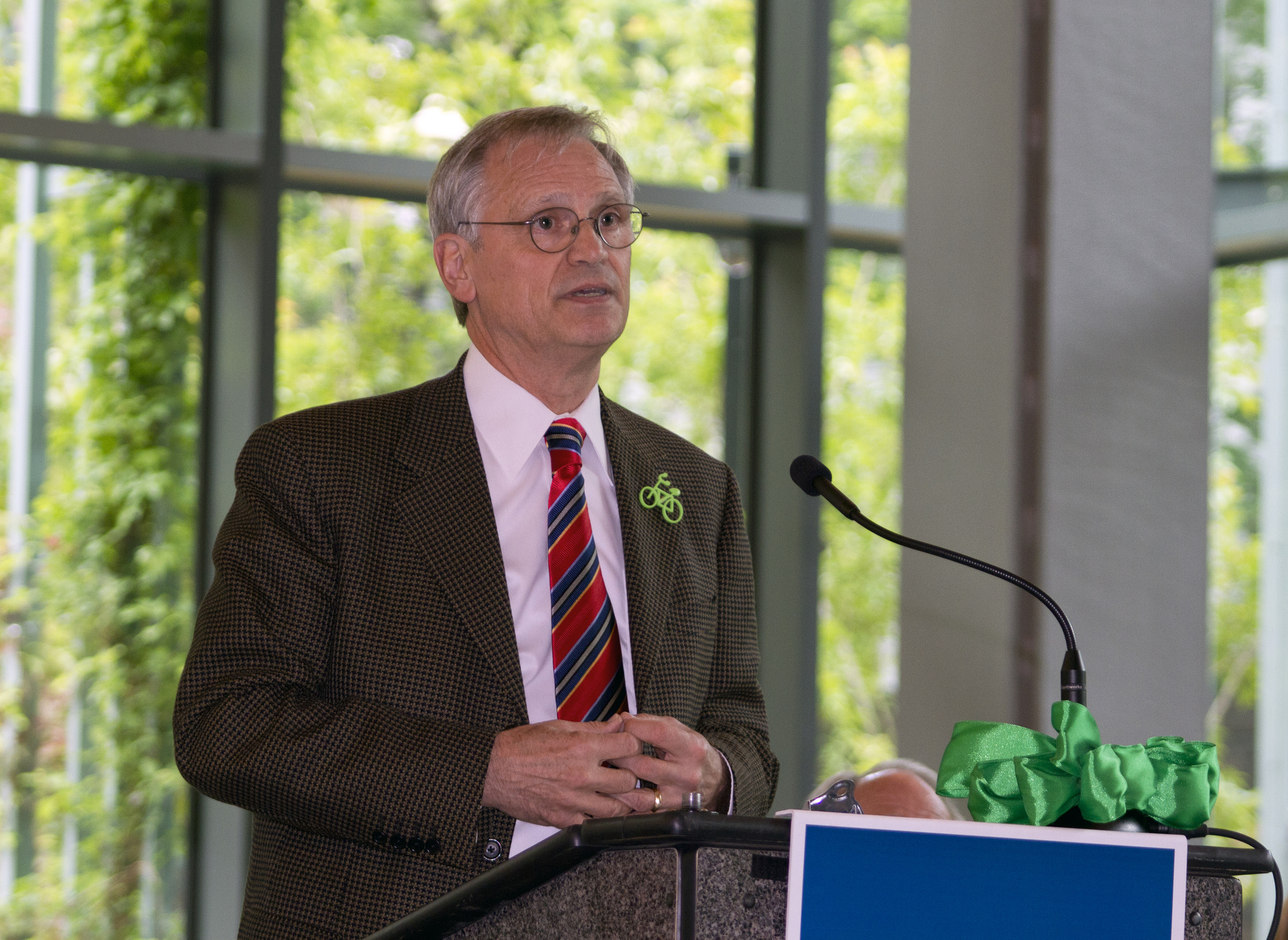 After four decades of fighting for marijuana reform at the state and federal levels, Rep. Earl Blumenauer (D-OR) is riding high as cannabis legislation gains momentum in the House.

Last week, he and Rep. David Joyce (R-OH) reintroduced a bill that would shield legal marijuana states from federal intervention. It’s one of several pieces of legislation that Blumenauer included in a congressional “blueprint” to legalization that he hopes to achieve in the 116th Congress.

Today, I introduced the STATES Act w/ @RepDaveJoyce @SenCoryGardner @SenWarren. Our outdated cannabis laws have ruined lives, devastated communities and wasted resources. This is the next logical step for Congress to catch up w/ the rest of America & fix a badly broken system. pic.twitter.com/YUW3iqwu25

So far, things are looking good. Advocates can already count one congressional success this year: a House committee approved legislation to provide banking access for cannabis businesses, and that bill is awaiting placement on the calendar for a full House vote.

The momentum signals that lawmakers are beginning to recognize the political realities surrounding prohibition—namely, that supporting the ongoing criminalization of cannabis is a losing strategy. And that reality extends up to the White House, too, Blumenauer told Marijuana Moment in a phone interview.

“I don’t think there will ever be another president who will be anti-cannabis. It won’t happen,” the congressman said. “Either the Republicans or the Democrats. It is something that is supported overwhelmingly by the American public, it’s supported by a majority of Republicans and Democrats. It ain’t going to happen.”

What does that mean for former Vice President Joe Biden, who is expected to launch a run for the 2020 Democratic nomination and has an extensive history of supporting punitive, anti-drug legislation?

“Nobody is going to survive the nominating process who doesn’t have a reasonable position on cannabis,” Blumenauer said when asked specifically about Biden’s anti-legalization record. “They will not be nominated. I say that unequivocally.”

During the interview last Wednesday, the congressman spoke optimistically about the chances of passing comprehensive cannabis reform this Congress. But he also said it was important to give skeptics time to digest the legislation and to address their questions and concerns. It’s “going to take a little more time putting these pieces together,” but the Democratic-controlled House is positioned to get it done.

In the middle of the phone interview, during which Blumenauer seemed to be riding a bike, he hit the breaks as he passed by his colleague Sen. Cory Gardner (R-CO), who is a Senate sponsor of the Strengthening the Tenth Amendment Through Entrusting States (STATES) Act that the two were scheduled to file the next day.

“Rolling it out tomorrow,” Blumenauer could be heard saying.

While the congressman works to push marijuana reform over the goal line on Capitol Hill, some activists in his state of Oregon are turning their attention to another substance: psilocybin, the active ingredient in psychedelic mushrooms. A campaign to legalize the substance for medical purposes and otherwise decriminalize it is collecting signatures in the hopes of getting the measure on the state’s 2020 ballot.

Asked whether he’d given any thought to reforming laws governing psychedelics, Blumenauer said he is “focusing on ending the failed policy of prohibition of cannabis,” though he also feels “strongly that we need to end the failed war on drugs” generally.

“That’s not a campaign that I am working on,” he said. “I’m committed to getting this job done first and then getting a Congress that is rational.”

Passing restorative justice legislation that rights the wrongs of marijuana prohibition is one of his “other higher priorities” before giving consideration to decriminalizing psilocybin.

“Those are ones that I think are more important in the short-term, but people can do what they want to do,” Blumenauer said. “I respect people who have different priorities, it just doesn’t happen to be mine.”