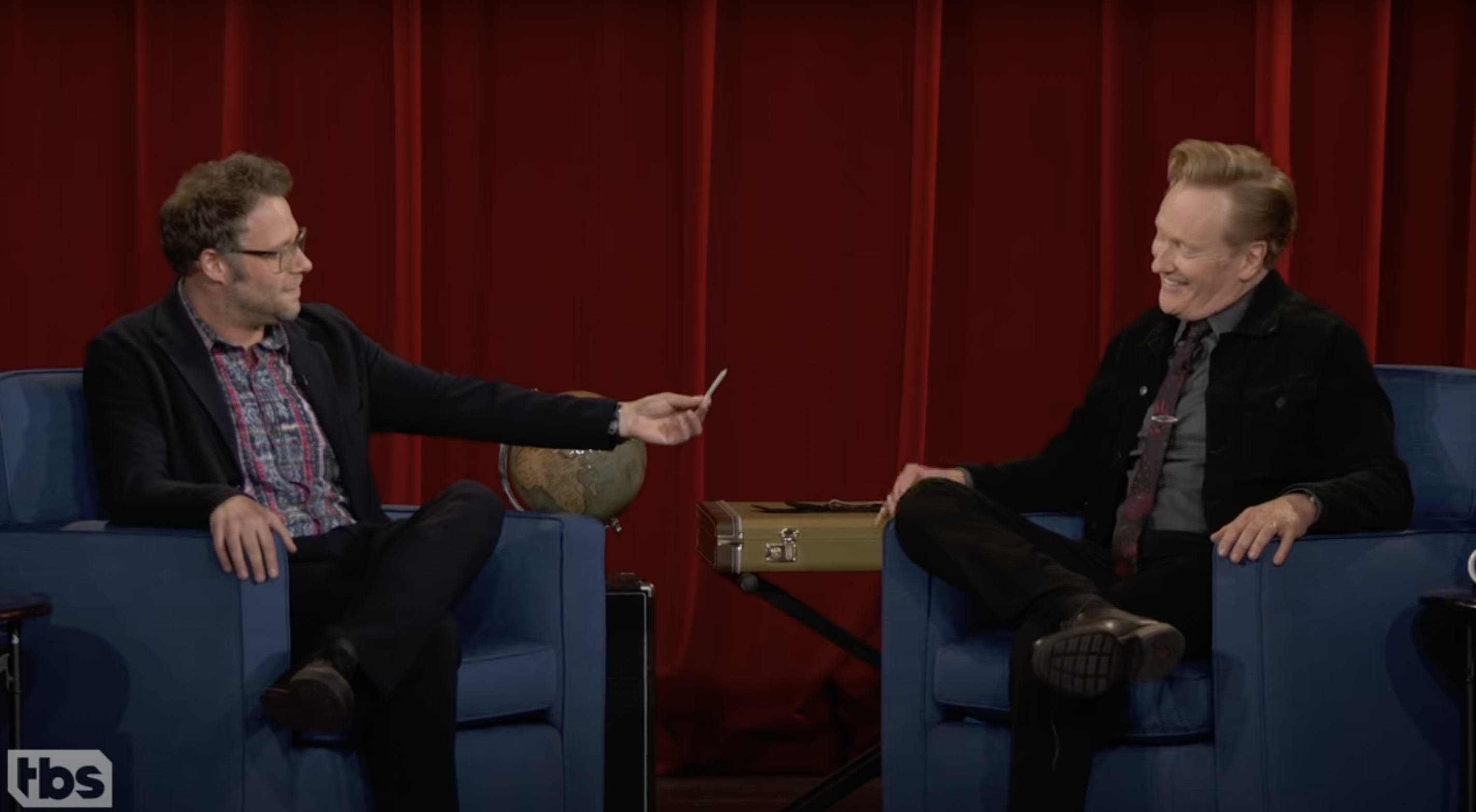 After a decades-long career in late-night television, Conan O’Brien is retiring. And the host is cutting loose, smoking a joint with famed marijuana enthusiast Seth Rogen on Tuesday.

O’Brien was looking for some advice on what to do with his extra free time, and Rogen gave what he described as a “hilariously on brand” recommendation: “Try smoking a lot of weed for a long time.”

Rogen—an actor well-known for his brand of cannabis-centric comedy but also an advocate of legalization and owner of the marijuana company Houseplant—told the host that “you seem like someone who doesn’t smoke a lot of weed to me.”

“I don’t smoke any weed, and that’s not a judgement,” O’Brien said. “It’s not that I have any problem with people smoking pot—I think it actually seems to be a fine herb. But the couple of times I’ve tried it, nothing really happened… But I know that you own a weed company so you might be able to tell me, maybe I was smoking the wrong stuff,” he said. “I don’t know. What would you want me smoking?”

On cue, Rogen pulled a joint from his shirt pocket. He told the host that if he smoked it, it “will be a great, weird show.”

“Are you, as a as a professor of weed, telling me that this is the kind you think I should use?” O’Brien asked.

“I think you should take one hit of that weed, and I think you’ll have a really good time.”

Then, in a moment of late-night TV history, a joint was lit, puffed and passed on the TBS program.

I smoked weed with @ConanOBrien his show and was legit terrified that I got him too high haha. (This was a surreal and shocking moment for me and was genuinely unplanned) https://t.co/0twpCHgTUw

“When does this thing that’s gonna happen happen?” O’Brien asked.

“Well, we’ll wait a few minutes and see how you feel and then maybe you have a little bit more if you’re still functional,” Rogen said. “I’m so happy with what just happened.”

“I’m laughing way too long,” the host said. “Is it supposed to burn? It kind of burns in there.”

“It’s very much supposed to burn,” Rogen, who is known to give advice to first-timers and also recommended that people smoke cannabis and watch movies at home in an effort to mitigate the spread of the coronavirus, said.