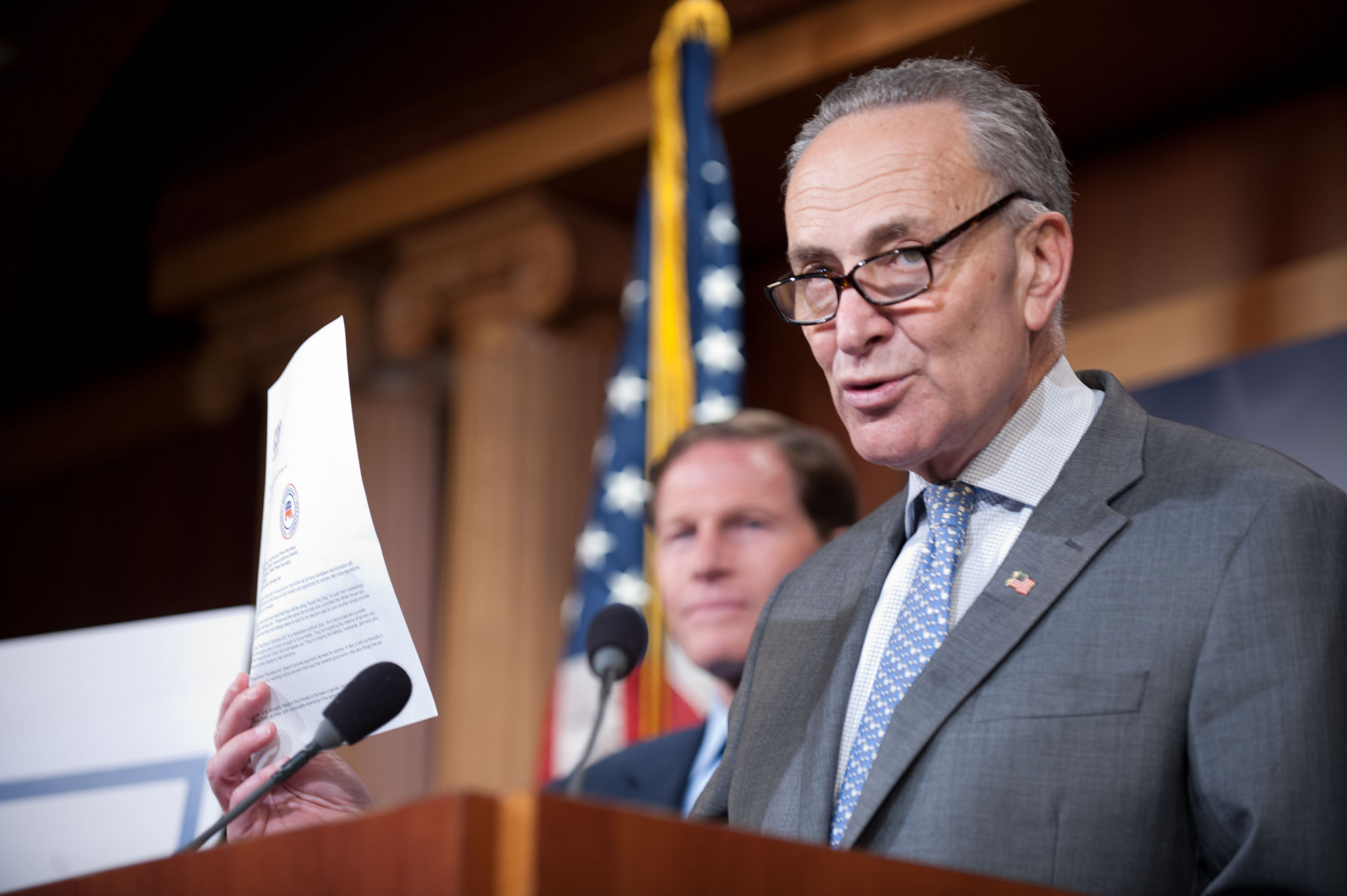 Senate Minority Leader Chuck Schumer (D-NY) announced on Wednesday that he personally called the leadership of a major cannabis company to confirm their plans to create a first-of-its-kind hemp park in southern New York.

The call came the same day that Bruce Linton was ousted as co-CEO of Canopy Growth Corp.—the largest publicly traded marijuana business. Schumer said in a press release that the firing raised concerns about the fate of Canopy’s promised investment in Broome County, New York.

“While I was concerned following the announcement of Canopy’s change in leadership, I’m thrilled to announce that I just got off the phone with Interim CEO Mark Zekulin and received a firm commitment that the company’s planned investment in Broome County will not be impacted,” the senator said.

“Canopy will still be bringing hundreds of good-paying jobs to the Southern Tier, with the potential for further expansion, and working around the clock to turn the region into a hotbed for the hemp industry,” he added.

In the statement, Schumer touted his role in advancing the federal legalization of hemp under the 2018 Farm Bill.

Shortly after that legislation passed, he called on cannabis companies to take advantage of Broome’s potential as a region where hemp can be fruitfully cultivated. Canopy reached out and forged a deal to make a $100-150 million investment into a state-based industrial hemp farm.

“I want to thank Mr. Zekulin and Canopy for their unyielding commitment to Broome County, which will result in new opportunities for growers while helping to provide a real boon to local farmers and boost to this burgeoning industry,” Schumer said.

While many businesses and farmers are moving ahead with hemp production, the crop’s full economic potential can only be realized after the U.S. Department of Agriculture (USDA) issues regulations, which it said will come before the start of the 2020 planting season.

Agriculture Secretary Sonny Perdue, who recently visited a Kentucky hemp with Senate Majority Leader Mitch McConnell (R-KY), voiced concerns this week that farmers may be too productive and grow too much hemp once those regulations are in place.

USDA Head Is Worried Farmers Will Grow Too Much Hemp