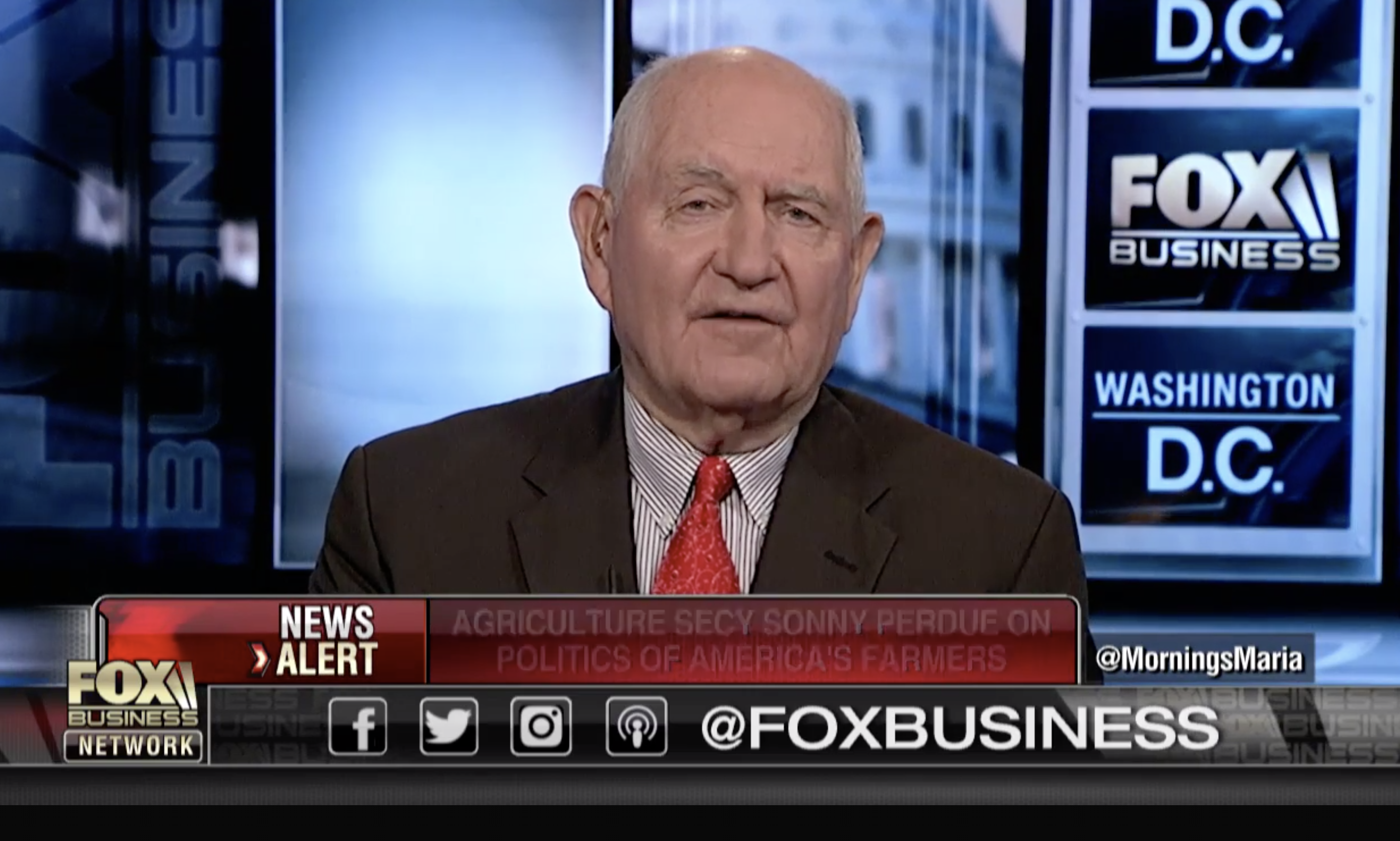 The head of the U.S. Department of Agriculture (USDA) said on Tuesday that he’s worried strong interest in hemp could drive farmers to cultivate too much of the crop once regulations are in place.

Agriculture Secretary Sonny Perdue, who earlier this week toured a Kentucky hemp farm alongside Senate Majority Leader Mitch McConnell (R-KY), said that there’s “a lot of interest nationwide” in hemp and that it could prove to be “a real salvation-type crop for farmers along the way.”

“But farmers are so productive, I’m concerned they may overproduce like they do a lot of things in that way and the price may go down,” he said in an interview with WLKY-TV. (Click here to watch the interview; the conversation around hemp starts at about 1:10.)

Though regulations for industrial hemp under the 2018 Farm Bill, which federally legalized the crop and its derivatives, have yet to be issued, farmers cultivating it under a pilot research program established under the previous version of the agriculture legislation have seen record yields.

Farmers grew more than 78,000 acres of hemp in 2018, which is about 50,000 more acres than they produced in 2017. USDA said it isn’t rushing the rulemaking process but that it expects to release regulations before the 2020 planting season. The department set a target deadline of August to release its interim final rule on the crop.

But farmers aren’t sitting on their hands in the meantime, and 2019 is expected to see another significant uptick in hemp cultivation in states across the country. Perdue said that McConnell, who successfully championed hemp legalization, “stirred the pot” on the issue and generated widespread interest in the commercial potential of hemp.

In a separate interview with Fox Business Network on Wednesday, the secretary was asked whether marijuana legalization came up during his visit to the Kentucky hemp farm. (Click here to watch the interview; the conversation around hemp starts at about 6:20.)

Perdue said a reporter asked a question about it during the tour but that the purpose of the visit was to learn about industrial hemp.

Asked whether farmers would stand to benefit from federal legalization, he dismissed the idea that marijuana—unlike hemp—would “be a boon” for the agriculture industry. He pointed to Oregon, which is struggling with an oversupply of cannabis, as an example.

“I don’t anticipate a legalization federally of that and I don’t know that our farmers really want that or need that,” he said. “Our farmers are looking for a good crop where they can do right and feed everyone.”

That said, there’s no denying that the demand for marijuana in legal states is reshaping individual agricultural economies. Perdue said that in California, greenhouses that were once dedicated to growing things like flowers “have been overtaken by marijuana.”

“That’s the kind of impact you get,” he said.