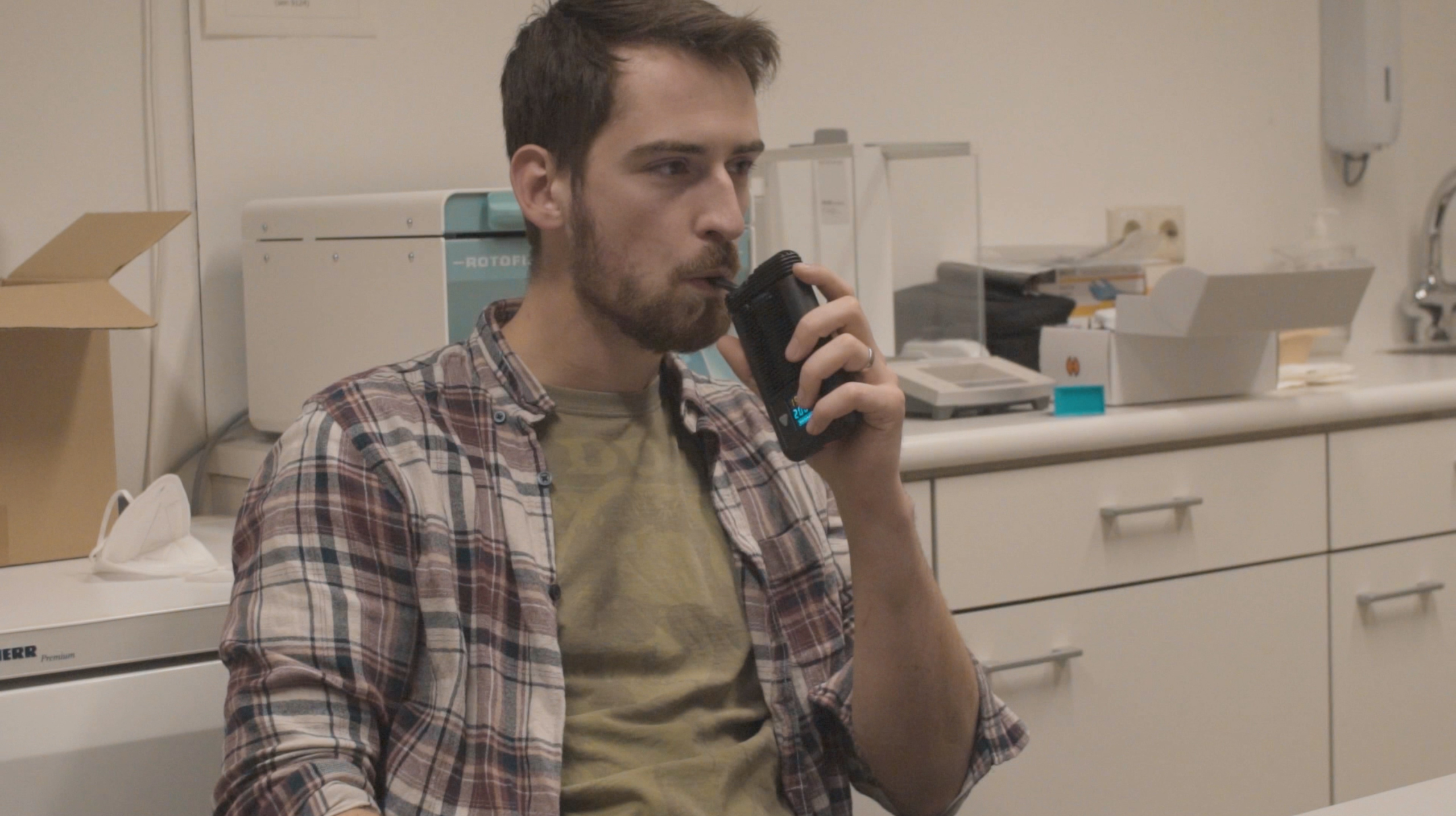 Small doses of CBD appear to have no significant impact on driving, according to first-of-its-kind research published Tuesday in the Journal of the American Medical Association.

Similar doses of THC, meanwhile, were associated with short-term impairment “modest in magnitude and similar to that seen in drivers with a 0.05%” blood alcohol concentration, the study found. After about four hours, signs of marijuana impairment faded.

The University of Sydney-led experiment is the latest to study the effects of cannabis consumption on drivers, an issue of growing public concern as more jurisdictions around the world remove laws against the plant and its chemical components.

“The results should reassure people using CBD-only products that they are most likely safe to drive, while helping patients using THC-dominant products to understand the duration of impairment,” said Iain McGregor, academic director of the university’s Lambert Initiative for Cannabinoid Therapeutics.

The new research was funded by the Lambert Initiative, which studies the health effects of cannabis, and conducted at Maastricht University, in the Netherlands. Marijuana Moment reviewed a draft of the paper prior to its publication on Tuesday.

To measure the effects of the cannabinoids on drivers, researchers first had participants vaporize one of four cannabis blends: mainly THC, mainly CBD, a combination of the two cannabinoids or a placebo containing less than 0.2 percent total cannabinoids. The target dose for each cannabinoid other than the placebo was 13.75 milligrams.

Subjects then got into cars and took to the road. Accompanied by a licensed driving instructor, each completed a 100-kilometer circuit on a stretch of Dutch highway twice: first 40 minutes after consuming the cannabis blend and again four hours after consumption. 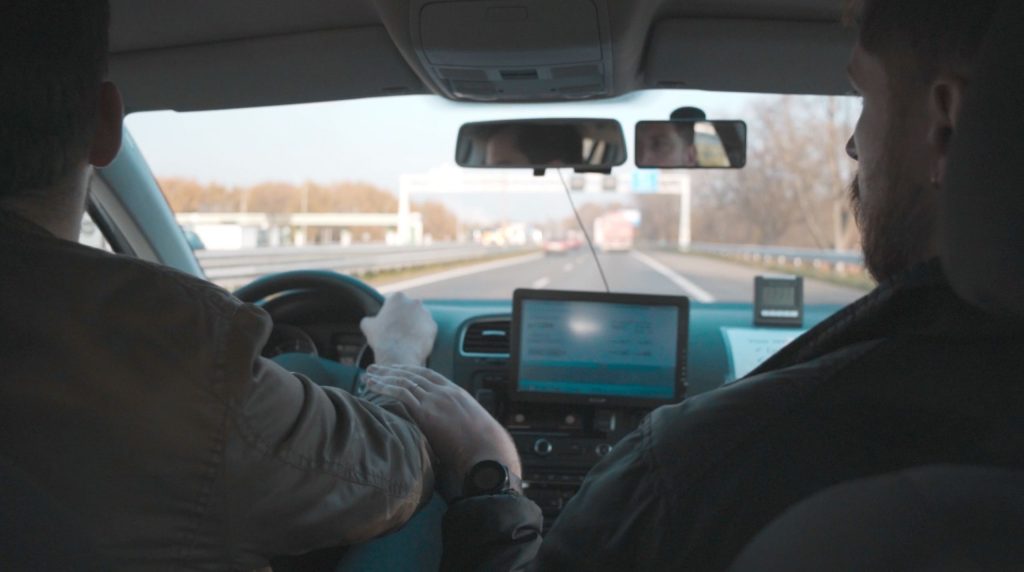 Researchers measured driving impairment by tracking how much drivers’ vehicles drifted in the lanes—a common metric known as standard deviation of lateral position (SDLP)—as well as fluctuations in vehicle speed. Participants were also tested in a laboratory setting for cognitive and psychomotor performance, blood cannabinoid concentrations and cardiovascular indicators such as heart rate and blood pressure.

Consuming CBD alone seemed to have little impact on performance.

“There were no significant differences between CBD-dominant cannabis and placebo,” the study says. “SDLP in the placebo and CBD conditions did not differ, indicating that CBD…did not impair driving.”

“These findings indicate for the first time that CBD, when given without THC, does not affect a subject’s ability to drive,” said Thomas Arkell, the study’s lead author.

Participants who consumed THC or a blend of cannabinoids, meanwhile, showed moderate but statistically significant impairment behind the wheel during their first test drive, posting SDLP numbers similar to drivers with blood alcohol concentrations of 0.05 percent. The study’s authors note the degree of impairment “is thought to indicate the lower limit of clinically relevant driving impairment.”

Unlike many drunk drivers, however, subjects who consumed THC or the THC–CBD blend seemed distinctly aware of their risk behind the wheel. That was true even as observable signs of their impairment faded.

Subjects described themselves as “significantly more impaired” after consuming THC or both cannabinoids, with a top complaint being decreased confidence. After the tests were completed, however, most subjects were able to correctly observe that their quality of driving itself was worse only during the first test.

“Participants considered their driving at 240-300 min to be significantly more impaired in the THC and THC/CBD conditions than in the placebo condition despite there being no difference across conditions in SDLP at that point in time,” the authors write.

The second test began four hours after consumption, which researchers say is about the time it seems to take for THC’s effects on driving to fade.

“Previous on-road and simulator studies have described increased SDLP for up to 3 hours following inhaled cannabis,” the study says. “Consistent with this, the present study failed to detect SDLP at 4-5 hours.”

That doesn’t mean consumers should necessarily assume they’re good to drive after just four hours. Higher inhaled doses or edible products, authors note, could extend the duration of impairment “and so these results should not be considered definitive.”

Similar limitations could apply to the study’s CBD findings. Authors note the 13.75 mg target dose in the study is considerably lower than what’s typically given in certain treatments, such as for pediatric epilepsy. “Driving outcomes may differ with higher CBD and THC doses and different CBD:THC ratios,” they write.

More fundamentally, the researchers acknowledge, the experiment could be failing to detect extremely minimal impairment caused by CBD. Confidence limits used in analyzing data from the 26-person experiment “suggested the possibility of subclinical impairment” too small to be measured in the study.

Nevertheless, the authors said, the findings offer valuable real-world data about how cannabis affects drivers—or, in some cases, apparently doesn’t.

“While some previous studies have looked at the effects of cannabis on driving, most have focused on smoked cannabis containing only THC (not CBD) and have not precisely quantified the duration of impairment,” said McGregor at the University of Sydney’s Lambert Initiative. “This is the first study to illustrate the lack of CBD effects on driving and to also provide a clear indication of the duration of THC impairment.”

Despite widespread concerns that relaxing cannabis laws could lead to more dangerous roadways, data on the subject has been largely inconclusive, allowing speculation to run rampant.

“Although laboratory studies have shown that marijuana consumption can affect a person’s response times and motor performance,” wrote the Congressional Research Service, “studies of the impact of marijuana consumption on a driver’s risk of being involved in a crash have produced conflicting results, with some studies finding little or no increased risk of a crash from marijuana use.”

The lack of clear evidence has frustrated both legalization opponents, who worry about increased highway dangers, but also medical marijuana patients who are at risk of arrest and conviction for THC-impaired driving even days after their medicine’s effects wear off.

In Pennsylvania, the House of Representatives approved a measure in October that would protect registered medical marijuana patients from being penalized under the state’s DUI laws.

“You can ask any veteran or anybody that’s using medical cannabis right now, if they took the prescription on Monday, [on] Wednesday, they’re not high,” Rep. Ed Gainey (D) said in a floor speech before the vote. “And if they got pulled over, they darned shouldn’t be charged for being intoxicated or under the influence of medical marijuana.”