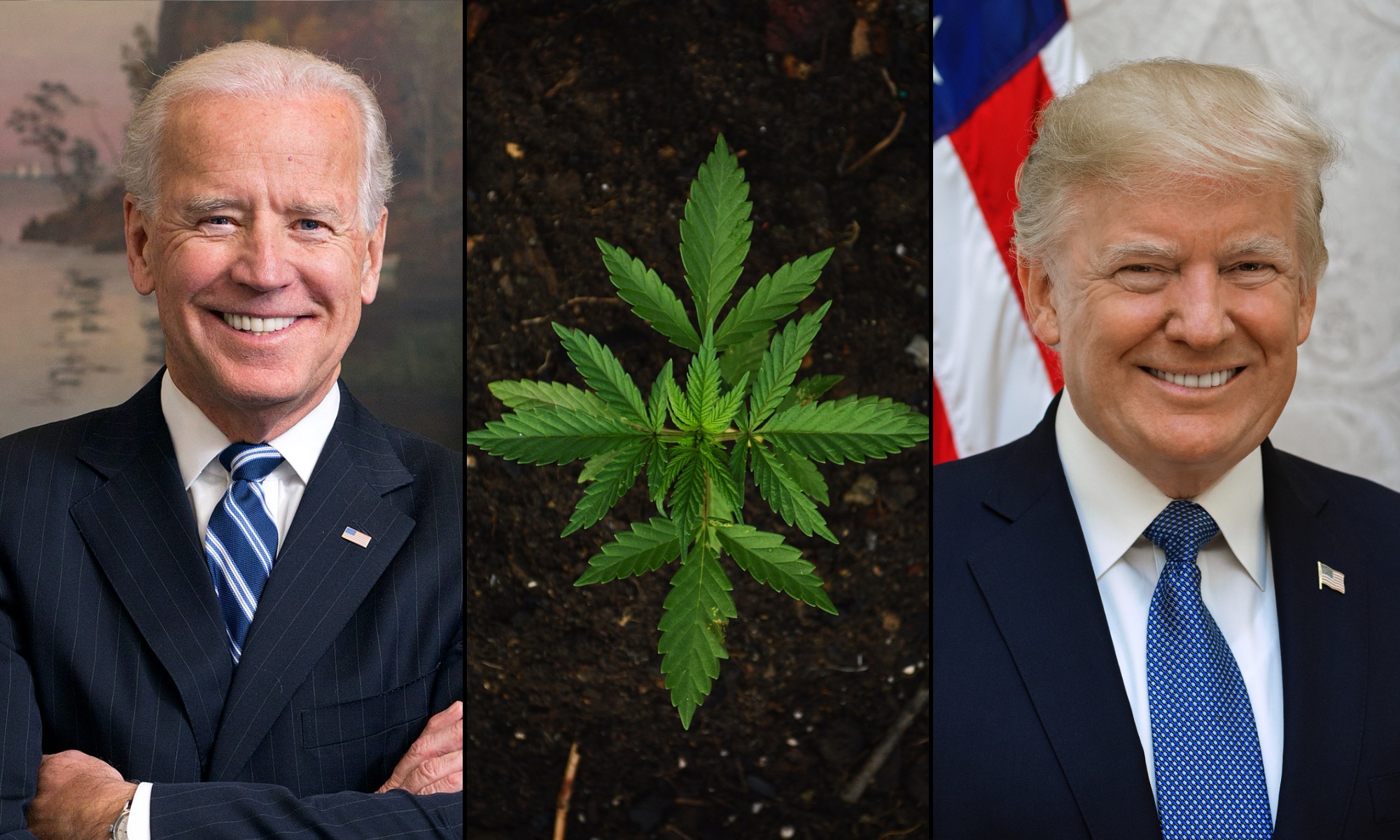 Democratic presidential nominee Joe Biden reiterated on Thursday that he supports decriminalizing marijuana and thinks people should not be incarcerated for drug possession but should instead be forced into treatment. At the same time, President Trump attempted to cast himself as the criminal justice reform candidate.

The comments came during simultaneous town halls that the contenders held on competing networks.

On ABC, the former vice president was pressed on the racially disparate impacts of the 1994 Crime Bill that he authored during his time as a senator. Biden defended certain components of the legislation, including funding for drug courts as an alternative to the conventional court system for some substance-related cases.

“We should decriminalize marijuana,” Biden added. “Wipe out the record so you can actually say, in honesty, ‘have you ever been arrested for anything?’ You can say ‘no’ because we’re going to pass a law saying there is no background you have to reveal relative to the use of marijuana.”

It's time we decriminalize marijuana use. #BidenTownHall

The moderator pointed out that, under the crime legislation Biden helped craft, there was a significant increase in the number of people convicted for low-level drug offenses. The nominee conceded that components of the legislation were a “mistake” but attempted to place much of the blame on prosecutors at the state, rather than federal, level. He also discussed steps that were taken to resolve racial disparities in sentencing for certain offenses.

Earlier in the event, Biden stated that “drug abuse doesn’t cause mental illness, mental illness causes drug abuse—the failure to get hold of people and deal with their anxieties.”

Over on NBC, Trump didn’t touch directly on cannabis policy at his town hall event, but he did argue that he’s the superior criminal justice reform candidate.

“I do have to say this—and some people don’t like it when I say it, but a lot of people agree—I have done more for the African-American community than any president, with the exception of Abraham Lincoln,” he claimed. “Criminal justice reform, prison reform, historically black colleges and universities, I got them funded.”

In a fact-check page on Biden’s town hall, the Trump reelection campaign also challenged several of his responses as they concern his drug policy record.

“The 1994 crime bill that Biden authored included a ‘three strikes’ provision that led to mandatory life sentences,” it says. “Biden co-sponsored the 1988 Anti-Drug Abuse Act which extended mandatory minimums for people under 21 who sold marijuana.”

The two candidates’ town hall comments are largely consistent with what voters have seen throughout the campaign. While Biden has not embraced marijuana legalization, he and his running mate Sen. Kamala Harris (D-CA) have repeatedly drawn attention to their decriminalization proposal. In addition to decriminalizing possession and expunging prior records, Biden also backs modest federal rescheduling, legalizing medical cannabis and letting states set their own laws.

And the Trump campaign has repeatedly leveraged Biden’s Senate record to frame him as the “architect” of the drug war and argued that Trump has done more for criminal justice reform by, for example, signing sentencing reform legislation into law and granting clemency to a small number of people who have been convicted of drug crimes. The president, when asked, has voiced support for allowing states to enact their own marijuana policies without federal interference, but his administration has also taken a number of hostile anti-marijuana actions that fall short of a full-scale crackdown.