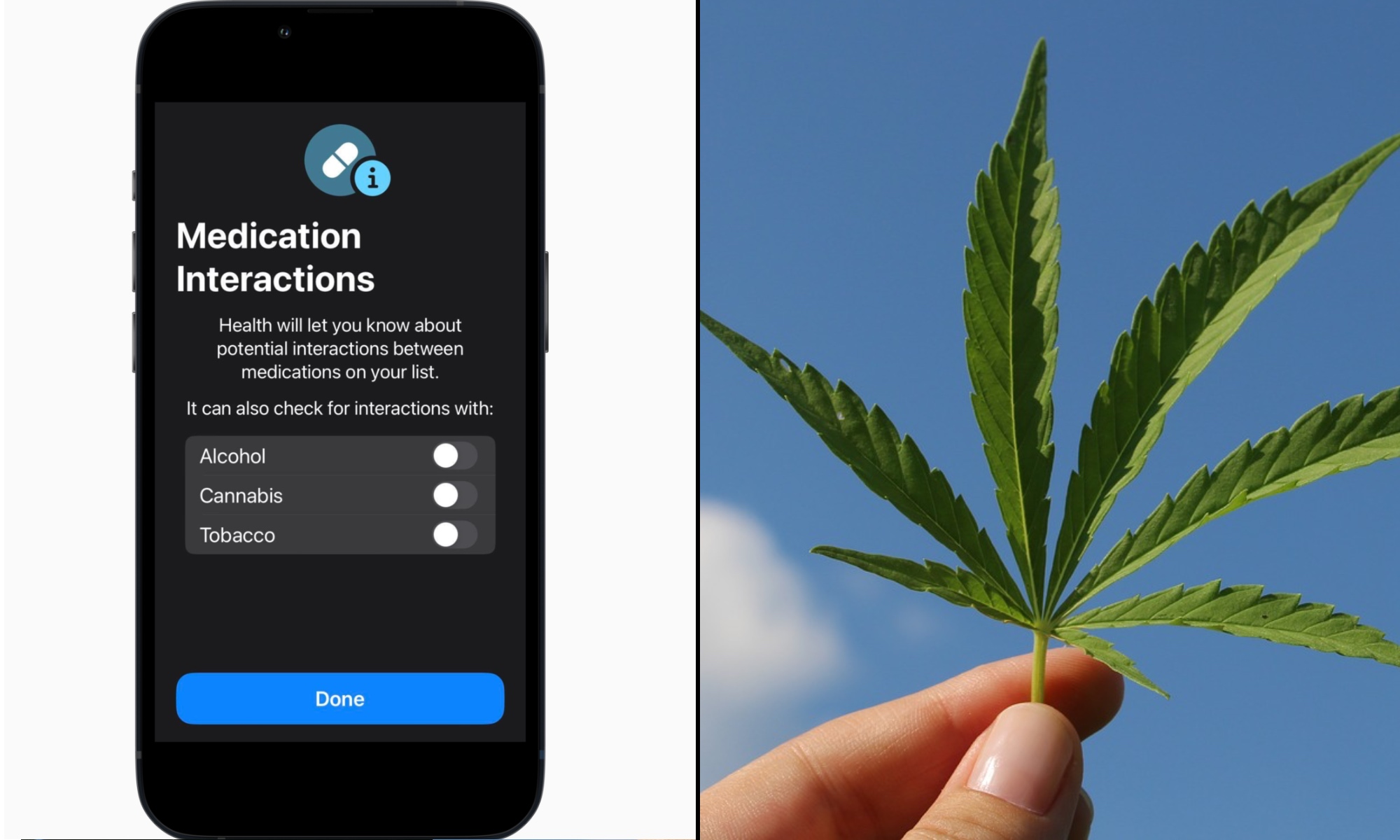 The latest version of Apple’s iPhone software gives users an option to track medications and learn about possible drug interactions with other substances—including marijuana.

As the cannabis legalization movement has evolved, the technology giant has been gradually revising policies over the years that generally align with the normalization of cannabis. The latest example is the iOS 16 update to Apple’s Health app.

Users can tell the Health app if they use alcohol, cannabis or tobacco to search for “potential interactions between medications on your list.”

A footnote on Apple’s press release about the Health app update last week says that the medication and interaction information “is evidence-based content licensed from Elsevier, a leading publisher of health and science information.”

“The Medications feature should not be used as a substitute for professional medical judgment,” the tech company cautions. “Additional information is available on the labels of medications, but users should consult their healthcare provider prior to making any decisions related to their health.”

While marijuana remains federally illegal, there have been a number of studies published over the years that suggest cannabis could interact with pharmaceuticals like warfarin. According to Drugs.com, there are nearly 400 “known” interactions between prescribed medicines and marijuana, 26 of which it categorizes as “major.”

Many states that have legalized cannabis for medical or recreational purposes also have labeling requirements for marijuana products to caution consumers about possible health risks. Most of those warnings focus on impaired driving and common side effects of cannabis like drowsiness.

Florida’s medical cannabis law does require labels to list possible contraindications, but it’s not clear what source health officials use to compile that list.

In any case, the Apple update that lists cannabis alongside the federally legal substances alcohol and tobacco does serve as another example of the mainstreaming of marijuana in Big Tech.

Last year, Apple ended its policy of restricting cannabis companies from conducting business on its App store. The marijuana delivery service Eaze subsequently announced that consumers were able to shop and pay for products on its iPhone app for the first time.

Amazon’s recent announcement that it will no longer be drug testing workers for cannabis is another sign that major tech firms are embracing cannabis’s political and social ascendance.

Still, some players in tech industry have had a strained relationship with the marijuana industry.

Earlier this year, New York marijuana regulators asked the social media app TikTok to end its ban on advertising that involves the word “cannabis” as they work to promote public education on the state’s move to legalize.

On Facebook, state-legal cannabis businesses, advocacy groups and government entities like the California Bureau of Cannabis Control have complained of being “shadow banned,” where their profile pages do not show up on a conventional search. There were reports in 2018 that the social media giant would be loosening its restrictive cannabis policies, but it’s unclear what steps its taken to achieve that.

The same problem exists on the Facebook-owned Instagram, where people have consistently said that their accounts have been deleted by the app over marijuana-related content even if they weren’t advertising the sale, or promoting the use, of cannabis.

In 2020, Twitter started partnering with a federal drug agency to promote substance misuse treatment resources when users of the social media platform search for “marijuana” or certain other substance-related keywords—but no such health warning appears with results for alcohol-connected terms.

In contrast to Apple, Google’s Android app hub updated its policy in 2019 to explicitly prohibit programs that connect users with cannabis, no matter whether it is legal in the jurisdiction where the user lives.

Despite marijuana firms being banned from Google’s app market, some of the company’s top officials seem pretty bullish about loosening cannabis laws. Google co-founder Sergey Brin joked about supplying employees with joints at a post-election meeting in 2016.