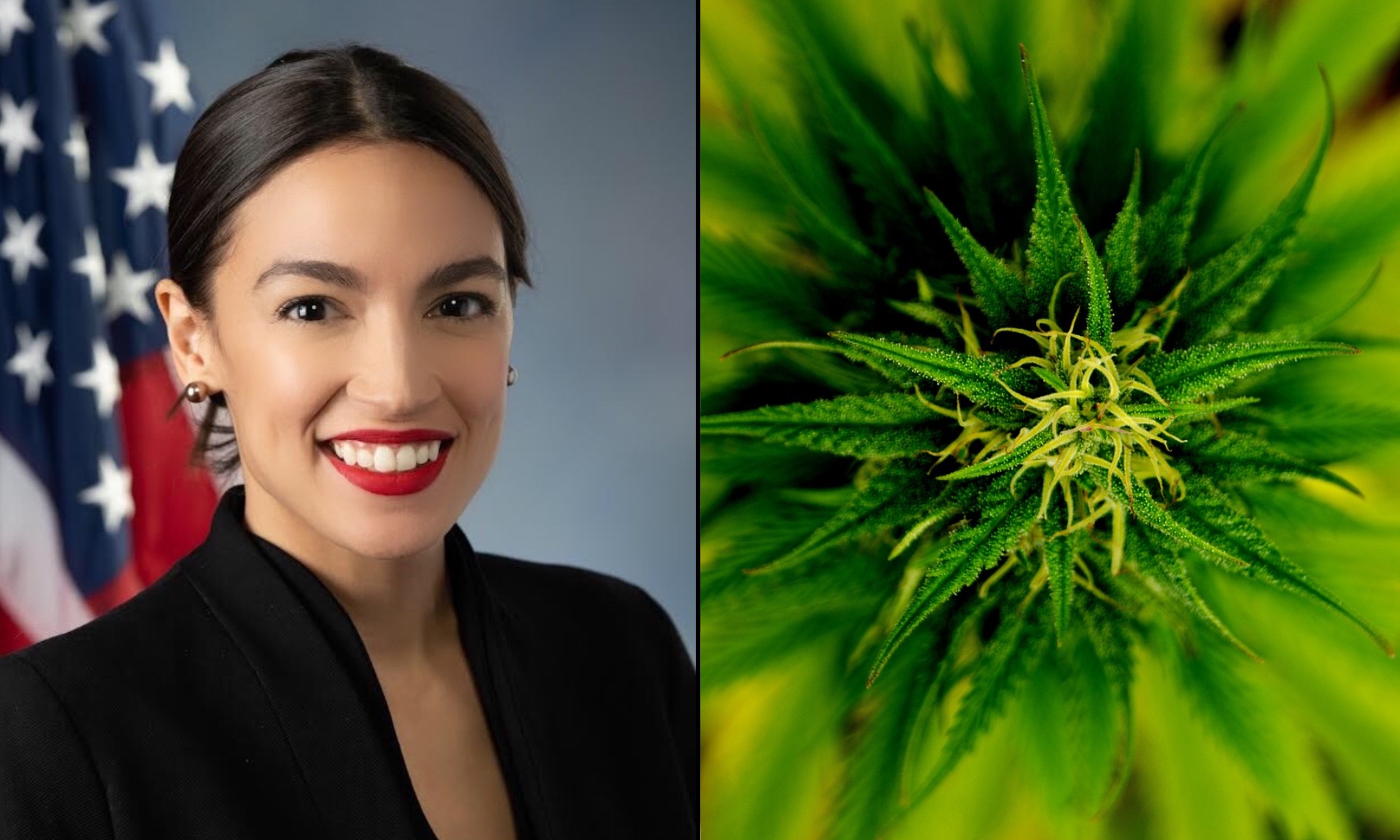 Rep. Alexandria Ocasio-Cortez (D-NY) says that President Joe Biden’s marijuana pardon proclamation should be “applauded,” but the action is nonetheless critically limited because it exempts non-citizens who constitute the vast majority of federal possession cases.

During an interview with Pod Save America that aired on Tuesday, the congresswoman stressed the importance of having a Democratic Party that proactively stands up for Latino communities, including the immigrant population. Part of that means enacting inclusive policies, which was a missing element of the president’s mass cannabis pardon.

“The Democratic Party has not tried in terms of Latino electorates. And I mean, where’s our DREAM Act? Where is our immigration reform?” she said. “And, even recently with President Biden’s marijuana executive order, I very much applauded that he went there, but he exempted people if they were convicted while they were undocumented.”

“That is 90 percent. We’re looking at the overwhelming majority of people who have been convicted that would benefit from that pardon, they have status complications,” Ocasio-Cortez added. “We really need to step up, both in our efforts on campaigning but also our efforts in governance.”

According to a U.S. Sentencing Commission (USCC) report from 2016, 92 percent of federal marijuana possession cases in Fiscal Yer 2013 occurred at the U.S. Southern border, and 94 percent of those people were not U.S. citizens. Those statistics have shifted year-to-year, but it nonetheless speaks to a broader trend in federal enforcement.

“I see these conversations, and it’s tough because on the other side, they have no qualms about having an anti-immigrant message, but I think we get scared of that,” the congresswoman said. “And that segmentation prevents a clear message, and that that lack of clarity makes it hard to win people over.”

Ocasio-Cortez similarly called attention to people with citizenship status issues being left behind in the president’s cannabis pardon order earlier this month.

“If the US is admitting these laws were unjust, then we shouldn’t discriminate pardons based on citizen status,” the congresswoman wrote on Twitter. “Let’s get that liberty and justice for ALL.”

Additionally, @POTUS should treat all people equally and pardon ALL unjust simple 🍃 possession convictions, not some.

If the US is admitting these laws were unjust, then we shouldn’t discriminate pardons based on citizen status.

Let’s get that liberty and justice for ALL 🗽

Biden’s mass pardon impacted about 6,500 people who’ve committed marijuana possession offenses at the federal level, plus those who’ve violated the law in Washington, D.C., but activists have argued that the relief should extend to people like immigrants and those with sales convictions.

Activists with Students for Sensible Drug Policy (SSDP), Last Prisoner Project (LPP) and DCMJ staged protests outside of the White House on Monday to call attention to that issue, demanding that Biden release the estimated 2,800 people currently in federal prison for marijuana convictions that aren’t limited to simple possession.

While Biden touted his cannabis clemency action, saying that he’s “changed the lives of thousands of people,” he’s strongly indicated that he’s unwilling to provide further relief for those with sales convictions.

He said on Friday that he’s “keeping my promise that no one should be in jail for merely using or possessing marijuana” and “the records, which hold up people from being able to get jobs and the like, should be totally expunged. Totally expunged.”

“You can’t sell it,” the president added. “But if it’s just use, you’re completely free.”

Meanwhile, the White House drug czar on Monday again cheered Biden’s “historic” move to issue a mass marijuana pardon and direct an administrative review of the drug’s scheduling status. And he is again highlighting that there are “clearly” medical benefits of cannabis—which he says shouldn’t be ignored because of separate concerns about youth use.

DOJ and HHS have committed to quickly carrying out the separate scheduling review the president directed, which could result in a recommendation to place cannabis in a lower schedule or remove it altogether, effectively legalizing the plant under federal law.

Labor Secretary Marty Walsh said that officials will be working diligently to ensure that people who received a pardon for federal marijuana offenses under the presidential proclamation are not impeded from future job opportunities.

Vice President Kamala Harris said this month that voters should elect lawmakers who support marijuana reform so that Congress can enact a “uniform approach” to the issue in light of the president’s cannabis pardons.

A series of polls have shown that Americans strongly support the president’s pardon action, and they also don’t think that marijuana should be federally classified as a Schedule I drug.