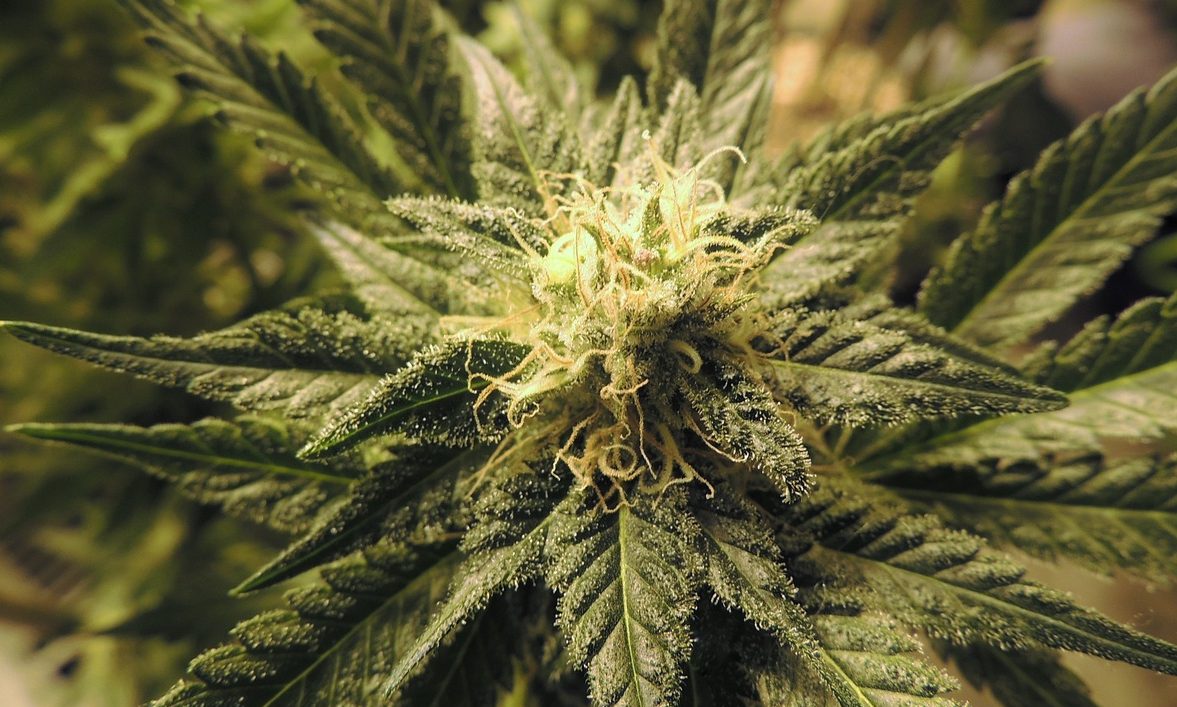 The cannabis legalization measure is sponsored by the House speaker, Judiciary Committee chairman and other GOP lawmakers.

Supporters of a sweeping bill to legalize and regulate marijuana anticipate a hearing before the House Judiciary Committee on Friday, where they hope to dispel myths and stereotypes held by resistant lawmakers.

Twelve representatives and two senators co-sponsored House Bill 209—Regulation of marijuana, which would license the cultivation and sale of marijuana and tax cannabis products, including edibles and infused drinks. Chief sponsor Rep. Jared Olsen (R-Cheyenne), chairman of the House Judiciary Committee, brought the bill only months after a majority of state residents said they support allowing adults to use marijuana without penalty.

The bill would impose a 30 percent levy on marijuana sales and generate about $47 million a year in taxes, a state analysis of the measure says. Two thirds of the tax revenue generated annually—$30.7 million—would go to the school foundation fund. The other third—$15.35 million a year—would go to the local government of the jurisdiction in which the sales took place.

The bill would license marijuana establishments that grow, test, manufacture, transport or sell marijuana. A microbusiness license would allow its holder to both grow and sell marijuana but have no more than 150 pot plants.

Wyoming lawmakers have long resisted legalization of marijuana, but the people they represent last year showed a change of heart. Since 2014, when only 37 percent of residents supported allowing adults to possess marijuana for personal use, attitudes have shifted. By December last year more than half the state—54 percent—were behind legal adult use.

“I’m pretty conservative, but also a strong libertarian,” Case said. “I’ve decided Rep. Olsen has really done his homework and I’m going to support him. I want it to get serious attention.”

Tax and fee revenue projections are based on Department of Agriculture estimates of 100 cultivation facilities, 50 for manufacturing, 25 for transport, five for testing plus 200 retail stores and 50 microbusinesses.

The bill would allow any adult resident to grow limited amounts of pot and consume it, but not in public.

The Department of Agriculture would oversee much of marijuana administration, according to the proposed legislation. It would adopt rules for licenses allowing use of retail marijuana at special events “in limited areas for a limited time.”

Cities, towns and counties could issue licenses for establishments and limit their number. Local governments also could prohibit marijuana establishments if 10 percent of registered voters petition for a ban.

Towns and counties could not prohibit the transport of marijuana through their jurisdictions. Numerous other provisions would prohibit establishments near schools and such.

Sponsors hope the hearing will set parameters for debate, amendments and adoption.

“I’m not under a lot of illusions it’s going to pass,” Case said of the “pretty comprehensive regulatory package.” Olsen’s bill, however, “may be the most serious framework anybody has done” in Wyoming regarding marijuana legalization and regulation.

Rep. Landon Brown (R-Cheyenne), another co-sponsor, was similarly tempered in his expectations. “Unfortunately, I have no higher belief that this bill will become law than [in] any other year,” he said.

“We have far too many in our Legislature that choose to continue to do business the old-fashioned way,” he said. “Our body refuses to acknowledge the changing world and admit that change is coming whether we like it or not.”

The hearing could open the door for deep consideration of the measure, education and advocacy, plus the dismissal of stereotypes and long-held misinformation, supporters said.

“The bill has no chance of getting through the entire process in the next four weeks,” Rep. Dan Zwonitzer (R-Cheyenne) wrote in an email. “I believe it will be used as a starting place for a year-long conversation on understanding the issue, the funding structures, and how Wyoming could regulate [marijuana] within our borders.”

Rep. Mark Baker (R-Green River), another co-sponsor, is not willing to count the legislation out this year. After a fair hearing in Olsen’s committee, “we’ll have to see what happens after that,” he said.

How much would it generate?

The Legislative Service Office based its revenue estimates on the FY 2020 marijuana sales in Colorado, adjusted for the population of Wyoming. Rep. Landon Brown (R-Cheyenne) thinks they’re overblown.

“It is a concern to me that the development and growth of government needed to implement this law would likely barely break even in my books,” he wrote. “The increase in local permitting and oversight of a substance similar to alcohol and tobacco is new and foreign to us as a state.

“[B]ut I also believe the people of Wyoming have spoken for long enough about this issue and I believe it’s time to hear them and act.”

People shouldn’t solely focus on the revenue side of the legislation, co-sponsor Baker said. “The taxes are just a small portion of it,” he said.

Not criminalizing citizens, saving court expenses, allowing residents local access to something they’re going to get anyway “would be very attractive—above and beyond any revenue,” he said. “We need to take [marijuana] out of the unregulated market and into the regulated market.

“There has been a stigma associated with the cannabis conversation—people are apprehensive about contacting their legislator,” Baker said. “It’s important to let their legislators’ know they’re not Cheech and Chong.

Baker has personal testimony. He suffered digestive disorders that required three surgeries and nine transfusions, but found a way to endure in medical marijuana. “My life is much more comfortable with cannabis than without it,” he said.

Pro-legalization lobbyist Christine Stenquist acknowledges that Olsen’s measure takes a stride beyond the usual decriminalization approach, which is to start with a baby-step of medical authorization.

“It definitely has an adult-use feel,” she said of the measure. “It’s a retail bill.

“Conservative types are upset, to say the least,” she said. “They don’t want Colorado,” she said, referring to legalization and its impacts there. Criticism will envision all sorts of woes, including invasion of the Equality State by homeless potheads and other undesirables, she predicted.

“I understand their fears,” she said of lawmakers. “I’m hoping to address those in committee.”