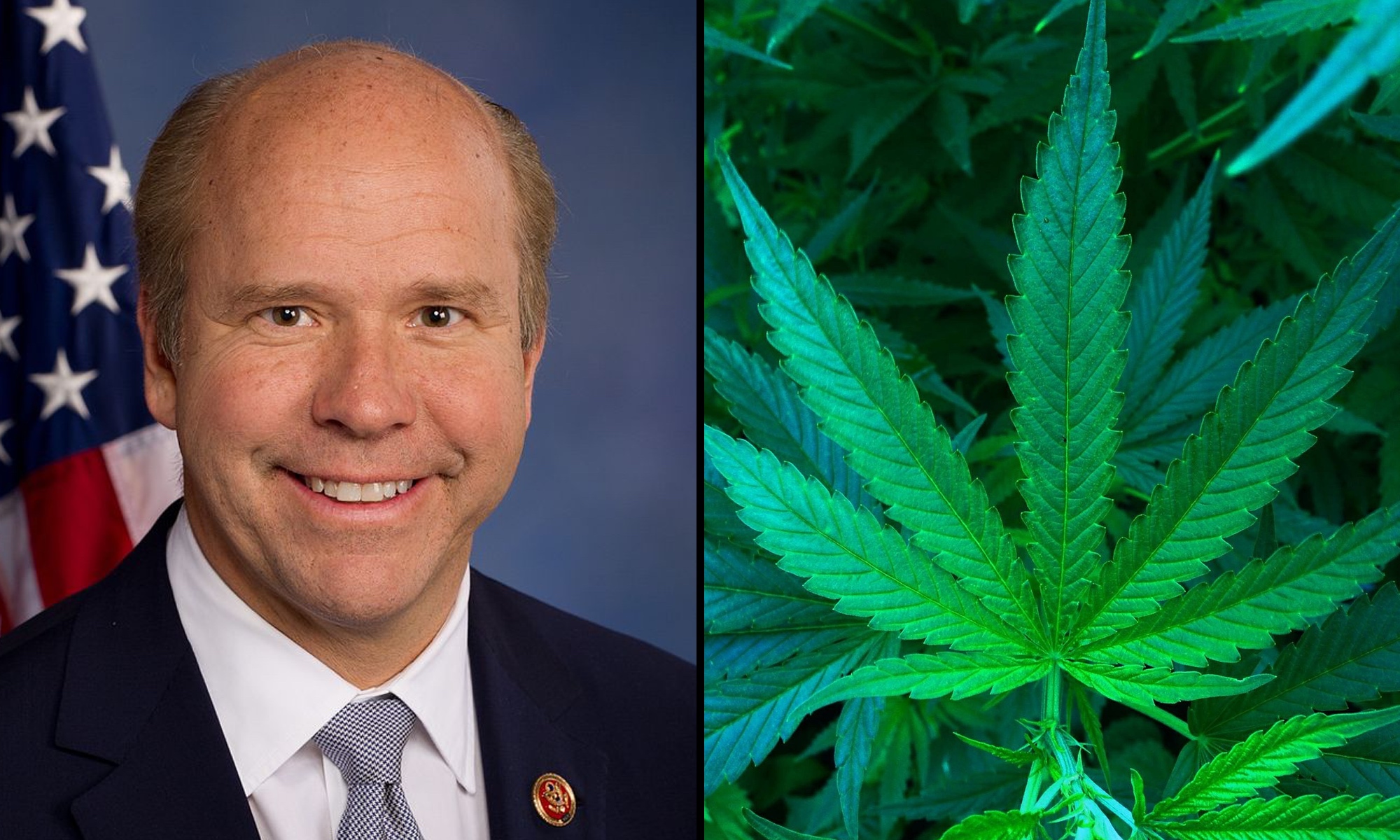 Former U.S. Rep. John Delaney (D-MD) might not have the same level of name recognition as other Democrats running for their party’s 2020 presidential nomination, but what he does share with most other candidates is support for reforming federal marijuana laws.

That said, the Maryland politician—who announced that he was running on July 28, 2017—hasn’t vocally embraced full cannabis legalization. But he received a “B” grade from NORML in 2016 for his consistent votes in favor of marijuana reform amendments in the House. Delaney suspended his campaign on January 31, 2020.

This piece was last updated on February 7, 2020 to include the candidate’s statements and policy actions on marijuana since joining the race.

Delaney co-sponsored seven cannabis-related bills during his time in Congress. That includes legislation that would remove cannabidiol (CBD) from the Controlled Substances Act (signing onto versions of this specific bill three times), another that would protect individuals participating in state-legal marijuana activities from federal interference, one that focuses on protecting patients in medical cannabis states and two versions of a bill to shield banks working with marijuana businesses from federal penalties.

He didn’t introduce any cannabis bills himself, however.

When it came to House floor votes for amendments aimed at scaling back federal marijuana enforcement, Delaney was a consistent “aye” in support of reform. He voted for proposals to protect medical cannabis states from federal intervention in 2014 and 2015. He supported another measure covering CBD-only states in 2015 and that year also voted for a broader amendment to shield all legal cannabis states from Justice Department intervention.

Delaney backed an amendment to allow U.S. Department of Veterans Affairs doctors to recommend medical cannabis for veterans during in 2014, 2015 and 2016. He also voted “aye” on four separate amendments meant to lift federal restrictions on industrial hemp.

Finally, the former congressman supported an amendment that would block the federal government from punishing banks that work with marijuana businesses acting in compliance with state law.

The candidate’s website pledges to remove marijuana from Schedule I of the Controlled Substances Act and impose a 25% federal excise tax on cannabis to fund “grants for state public defenders, medical and public health research, addiction treatment, and education and job training programs.” It also pledges he will direct prosecutors to expunge past records for low-level cannabis convictions and implement “strong federal guidelines and regulations to support decisions at the state level.”

While Delaney has a solid record of pro-reform votes, his public comments and social media posts on marijuana are far and few between. A search of his Twitter and Facebook accounts, where several Democratic candidates have been particularly vocal about their support for reform, turns up no hits for key search terms related to cannabis.

He did discuss marijuana policy twice in March 2019. In an interview with Cheddar, he said that the federal government should be “getting out of the way” of states that opt to legalize or decriminalize cannabis.

“It’s contributed to the injustice in our criminal justice system, particularly the racial injustice.”

2020 presidential candidate, @JohnDelaney (D-MD), stops by #CheddarLIVE to discuss his stance on the role of federal government when it comes to legalizing marijuana. pic.twitter.com/7FRqsMkv4j

“The states are clearly moving in a very clear direction,” he said. “They either legalized it for medical purposes, which I obviously support, or they’re decriminalizing it because it’s really contributed to the injustice in our criminal justice system—particularly the racial injustice in our criminal justice system. And then some states are moving toward legalization.”

He said “having these things being sold in the shadows” contributes to trafficking and that’s why “in many ways, there’s such a movement at the state level to legalize marijuana, to decriminalize it, and at a minimum to allow it to be legal for medical purposes.”

“I think that’s preventing the states from doing really what they want to do. So I’m in favor of that, which would basically get marijuana out of the shadows, and get it into a market where it could be regulated, where we can make sure it’s labeled and distributed appropriately, where we can tax it.”

When then-Attorney General Jeff Sessions rescinded Obama-era guidance on federal marijuana policy, Delaney spoke out in a statement to The Washington Post.

“The Cole Memo provided clear guidance to an otherwise conflicting situation,” he said. “Revoking the Cole Memo will restore that confusion and undermines the will of the voters in several states.”

Delaney told the Boston Globe that current marijuana policy “has contributed to a criminal justice system where people of color are disproportionately harmed.” A spokesman told the newspaper that the candidate “supports removing marijuana from Schedule I of the Controlled Substances Act, allowing states to set their own policy on legalization, and implementing sweeping federal regulatory policies and taxation on its use.”

Asked by a C-SPAN caller what he thought about medical cannabis in a February 2019 appearance, Delaney said, “I clearly am supportive of medical marijuana. I think everyone should have it available to them as prescribed by their doctor. So to me that’s a fairly straightforward issue.”

In 2013, a Daily Kos contributor reportedly reached out to Delaney’s office to inquire about his position and part of the response they received noted that “while federal, state, and local laws pertaining to marijuana do lead to criminal justice costs, there is also a risk that decriminalization or legalization might further exacerbate these costs.”

Delaney has not spoken publicly about any personal experience with cannabis.

Marijuana Under A Delaney Presidency

Based on his consistent embrace of legislation designed to protect legalized states from federal marijuana enforcement, it’s reasonable to assume that the cannabis industry would continue to be able to operate and evolve under a Delaney presidency without federal interference. That said, the former congressman’s personal position on legalization remains somewhat vague, and so it’s not certain that he’d pursue a wide-ranging reform agenda as a priority if elected.