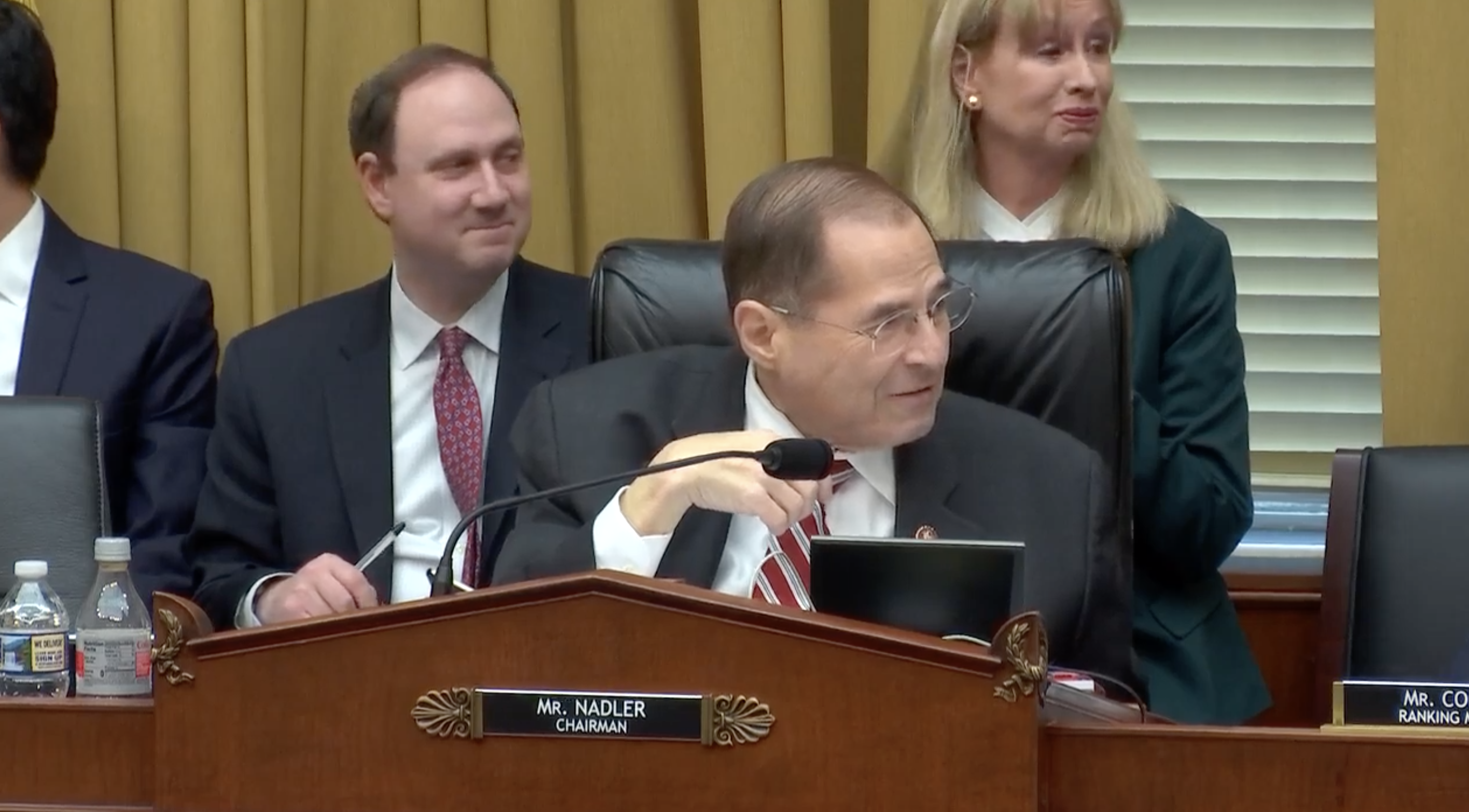 The chair of the House Judiciary Committee said on Tuesday that the key congressional panel may be taking up marijuana reform “fairly soon.”

The update came during an unrelated hearing on an election reform bill that the Democratic House majority is backing. Rep. Matt Gaetz (R-FL) congratulated Rep. Jerry Nadler (D-NY) on his new chairmanship and, before getting into the legislation at hand, told the chair he hoped the committee would have first discussed federal cannabis policy.

Gaetz said he was confident that the committee “will be more engaging and transparent and robust in the discussion than we were in the 115th Congress,” in which Republican leaders blocked cannabis reform at nearly every step.

“I will say I had hoped that at one of our initial meetings we would have been giving powers back to the states in the form of removing cannabis from the list of Schedule I drugs rather than taking powers from the states,” he said, referring to the Democrats’ bill, which would dictate certain electoral policies. “I’ll also note that with some of the new additions on the Republican side, I think the committee would be very favorable” to marijuana reform.

“If we were any more favorable, we might have to start our meetings with the Grateful Dead,” he said, referencing the rock band that became a hallmark of the countercultural movement.

“Let me just observe on your time that we may be discussing that fairly soon,” Nadler, who supports legalizing and regulating marijuana, said.

“It’s no secret that Chairman Nadler is a supporter of comprehensive reform that would end the cruel policy of federal criminalization, having previously cosponsored legislation to do so,” Justin Strekal, political director for NORML, told Marijuana Moment. “Mr. Nadler has always been receptive to his constituents and deriving evidence-based solutions, so we are looking forward to working with him and the whole Judiciary Committee to advance legislation in this Congress.”

The committee Nadler heads is responsible for oversight of federal agencies like the Drug Enforcement Administration, and he can use his position to help advance cannabis and drug reform legislation to votes. He’s one of several new marijuana-friendly committee chairs who could shape the reform agenda in the 116th Congress.

“It’s great to see Chairman Nadler talk positively about the prospects for marijuana reform this session,” Michael Collins, director of the office of national affairs for the Drug Policy Alliance, told Marijuana Moment. “Our hope is that whatever the committee does is grounded in racial and social justice and rights the wrongs of prohibition.”