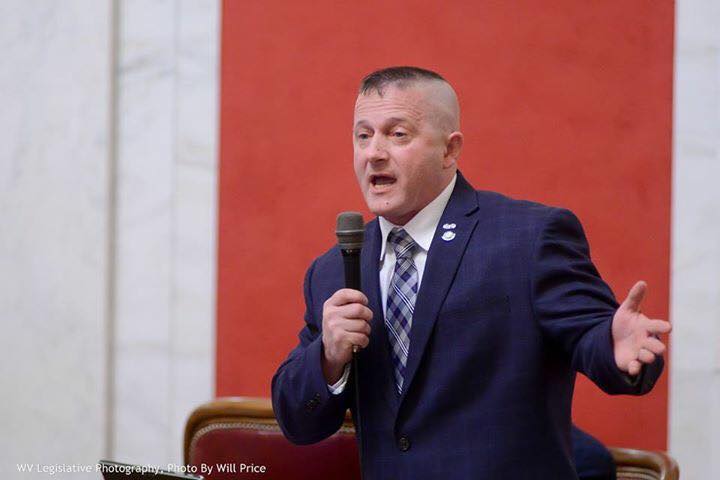 A once-longshot bid for Congress by a West Virginia Democratic candidate who is campaigning on marijuana legalization is now looking like a possible upset, according to a new University of Virginia Center for Politics analysis.

Richard Ojeda, currently a West Virginia state senator and former U.S. Army paratrooper, is his party’s nominee in this fall’s election for the seat representing the state’s 3rd Congressional District, which is being vacated by Congressman Evan Jenkins (R).

Ojeda, who was the chief sponsor of the medical cannabis bill enacted in the state last year, earlier this year filed legislation that would legalize recreational marijuana in the historically conservative state. He’s running against Republican state Delegate Carol Miller in a district that President Donald Trump won in 2016 by nearly 50 percentage points, with 75 percent of the vote.

At one time, Ojeda—who voted for Trump in the 2016 election, but has since become a vocal critic of the president—was seen as a longshot with little chance of flipping the seat to the Democrats. According to the Cook Political Report’s ratings, the seat is one of the most conservative—and safely Republican—in the United States.

But in the most recent Sabato’s Crystal Ball, a list of political predictions published Tuesday by the University of Virginia’s Center for Politics, the likely outcome for Ojeda’s race was changed from “leans Republican” to the closer “Toss-up” status.

Ojeda’s brightening chances are a demonstration that the definition of a “Democrat” is shifting—and also proof positive that a cannabis reform candidate can perform well in a conservative district.

Guess who’s race just got moved from “Leaning R” to a TOSS UP? You guessed it! WV-3!!!! They said an R+23 would be impossible! Well….once again, we are proving them wrong.

Along with Ojeda’s, the likely outcome of 16 other Congressional races was changed in Democrats’ favor, according to the Center for Politics.

“[T]he Democrats now look like soft favorites to win a House majority with a little more than 100 days to go,” Tuesday’s analysis said, noting that Ojeda has become “something of a folk hero in Coal Country.”

Along with his military background and bearing—he’s muscular and tattooed, and has on at least one occasion been referred to as “JFK with a bench press”—the 47-year-old Ojeda made a name for himself earlier this year with his ardent support for striking West Virginia teachers.

But along with the disappearance of the coal mining that once defined the state, West Virginia has been hit harder than any other state by the country’s ongoing opioid-overdose epidemic.

Consistent with research that shows opioid prescriptions and opiate-related overdoses decrease in areas where medical cannabis is legal, Ojeda has made marijuana legalization central to his campaign strategy.

“With a comprehensive approach to cannabis policy, we can put West Virginia on a path to a prosperous future and grow a new economy that will benefit the people of our state for generations to come,” his campaign website says.

Military veterans like Ojeda have proven to be some of the most viable and most consistent advocates for medical marijuana access. Major veterans’ advocacy groups like the American Legion have been pushing the US Department of Veterans Affairs to allow veterans to access cannabis through their government-provided benefits.

Other longtime conservative lawmakers who have consistently opposed marijuana-policy reform are also seeing their grasps on power weaken. The reelection effort of U.S. Rep. Pete Sessions, a Republican who represents suburban Dallas and has reliably sabotaged cannabis-reform legislation as chairman of the House Rules Committee, was moved to “toss-up” status last month by Cook.

Photo courtesy of Will Price // Ojeda for Congress.