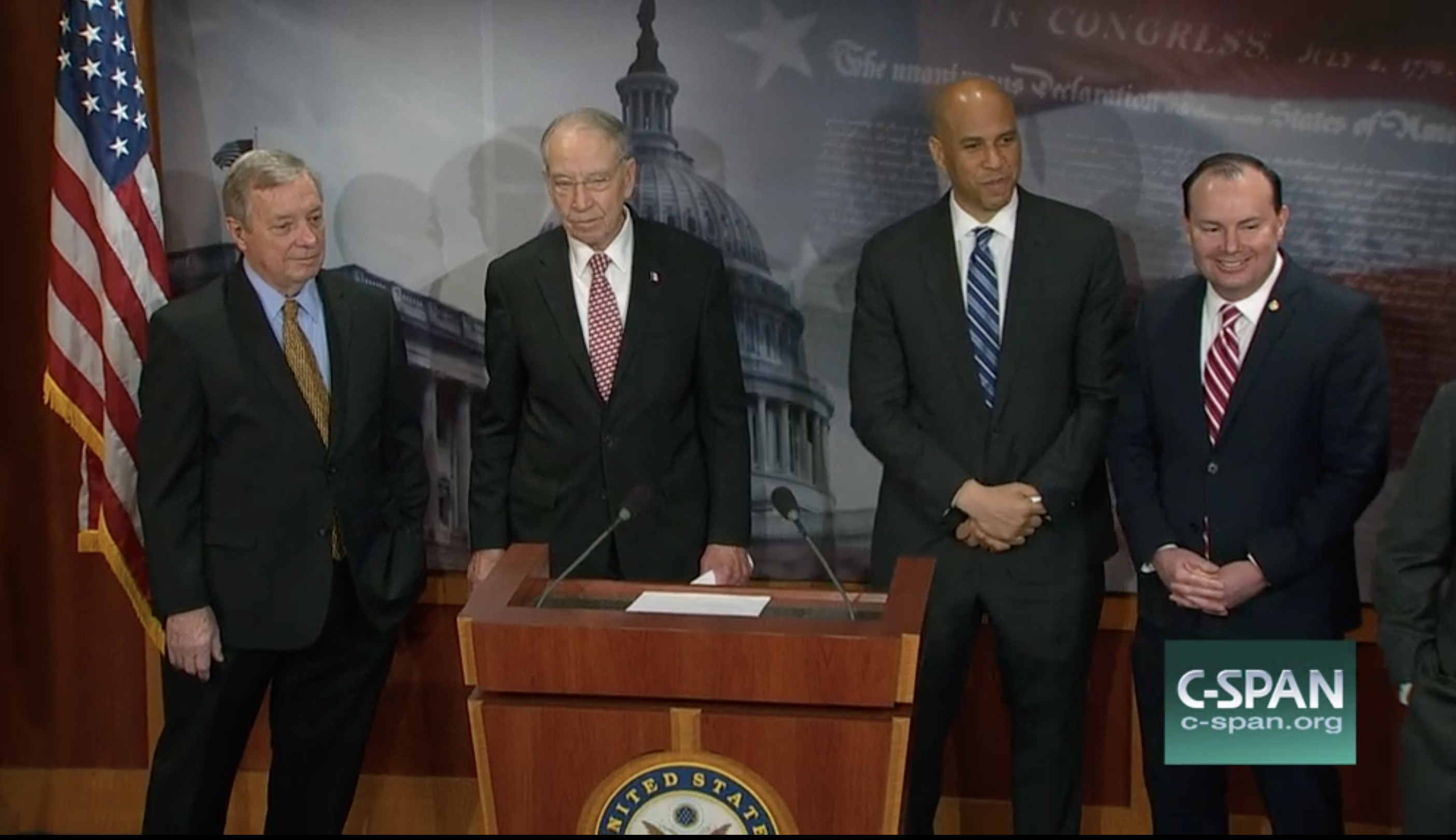 Sen. Cory Booker (D-NJ) joked on Wednesday that he plans on sending marijuana-infused brownies to Sen. Lindsey Graham (R-SC) to congratulate him on his future chairmanship of the Senate Judiciary Committee.

The quip came after Graham fielded a question about whether the panel will be taking up marijuana reform legislation in the next Congress under his leadership. The senators were appearing together at a press conference to discuss the recent passage of the First Step Act, a bipartisan federal criminal justice reform bill.

Graham didn’t directly address the question, saying that he plans to tackle fentanyl, a potent opioid, and “make it so hard to deal in fentanyl you won’t want to do it because you’re literally killing people with a little bit of a drop.”

Booker, who is also a member of the Judiciary Committee, then remarked: “I plan on sending brownies to his office to celebrate his new chairmanship,” a not-so-subtle reference to the cannabis-infused pastry.

The C-SPAN audio isn’t especially clear, but it sounded like Graham responded by saying that he could use some of those brownies “right now.”

The joke even got a grin out of Sen. Chuck Grassley (R-IA), the current Judiciary Committee chair who on Tuesday shut down an amendment to the First Step Act that would have let states legalize marijuana without federal interference.