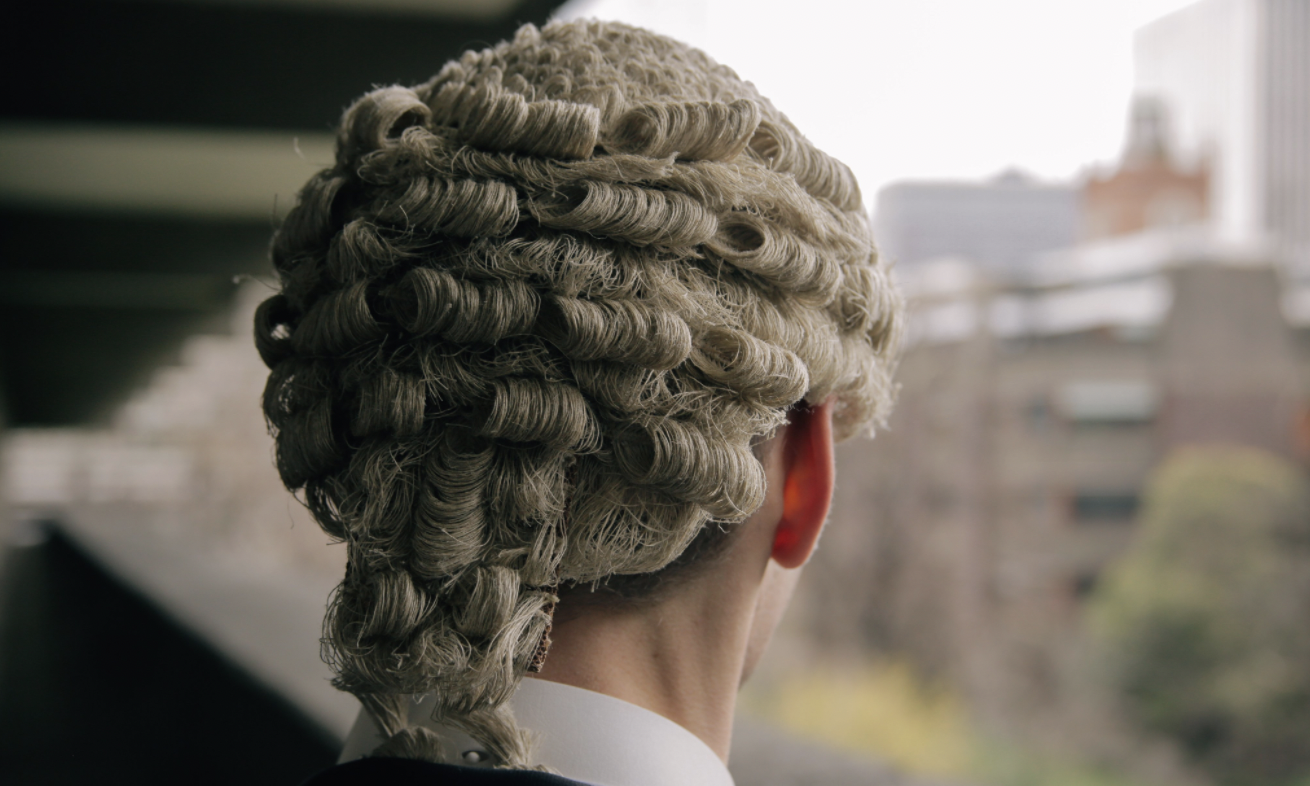 An attorney based in the U.K. is disrupting the centuries-long tradition of barristers wearing wigs made with horse hair. He wants lawyers in the country’s high courts to start donning vegan, hemp-based head coverings instead.

Samuel March first previewed the hemp wigs last year. He said that horsehair wigs that have been standard garb are outdated, and the cannabis-based version could serve as an animal-friendly and more environmentally sustainable vegan alternative to the status quo.

As it stands, the hemp wig is in the “testing phase” for interested members. But he hopes it catches on.

“Hemp is a notoriously tough material so I do not anticipate there being any issues [with wear and tear], but there is always a risk where you’re the first in the world to try something,” March recently told The Telegraph. “Making them here [in the UK] on this scale and price point means my market is largely limited to vegan barristers, which is a small market—but one that I intend to keep selling to.”

Hemp & Hemp, the company March founded to supply the cannabis-based headwear, says on its website that it makes “the world’s first ever plant-based, vegan-friendly wigs for barristers.”

The world’s first plant-based wig for barristers is now available to order. It swaps horse hair for hemp and is 100% vegan friendly.

The U.K. government hasn’t been especially progressive when it comes to marijuana reform, but the country has embraced non-intoxicating hemp in varying forms over recent years.

March further recognized that hemp wigs aren’t for everyone, and he’s not trying to push it on barristers with reservations.

He said that upholding the longstanding legal tradition of wearing wigs in the first place should be made optional “for people who wear turbans, headscarves, have afro hair or any reason to feel uncomfortable dressing as a white man from the 18th century.”

I love my wig but they should be optional for people who wear turbans, headscarves, have afro hair or any reason to feel uncomfortable dressing as a white man from the 18th century. Not all barristers are eccentric white, male, privately educated former Cambridge drama students.

To that point, a black barrister recently criticized the “culturally insensitive” and “ridiculous” tradition of requiring lawyers to subscribe to an outmoded hair styling that requires donning horse-derived hair to appear in legal proceedings.

Leslie Thomas QC said that the wig mandate “represents and signifies the culturally insensitive climate”—an issue that came to the fore after another barrister, Michael Etienne, who has an afro, was threatened with disciplinary action if he chose not to cover it with a wig.

Quick response to some FAQs arising out of this:

🚭 No: Very sorry to disappoint those asking, but nothing in my hemp wig contravenes the Misuse of Drugs Act 1971.

✅ Yes: I do have intent to supply- but I need time. I’m keeping a list; reach out and I’ll keep you posted. https://t.co/f0h7Hdutp0

Meanwhile, lawmakers and officials in other countries have similarly taken steps to normalize hemp.

Late last year, for example, Berlin’s public transit authority sought to take the stress out of holiday travel with promotional hemp-infused tickets that riders could eat.

The U.S. Department of Energy (DOE), meanwhile, is sponsoring a project to develop hemp fiber insulation that’s designed to be better for the environment and public health than conventional preparations are.

Last year, the U.S. Environmental Protection Agency (EPA) announced this week that it is awarding a Washington State-based company a $100,000 grant to support the development of sustainable bricks made from industrial hemp.

More Americans Say It Would Be Better If People Used Marijuana Instead Of Alcohol, Poll Shows