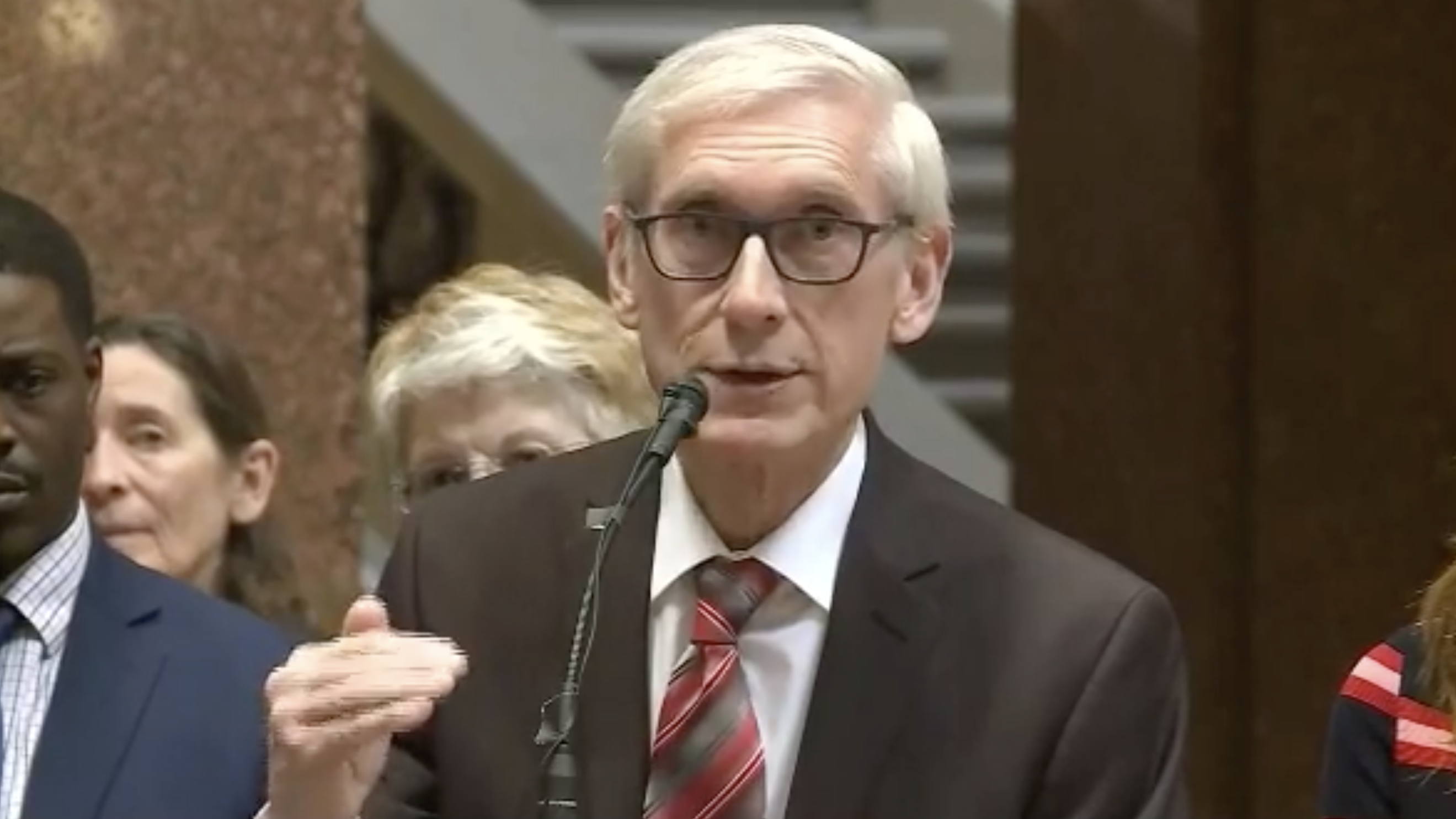 Wisconsin Gov. Tony Evers (D) released details about his plan to enact far-reaching marijuana reforms in the state on Monday.

For many Wisconsinites, things like medical marijuana or other products like CBD oil can help alleviate chronic pain from debilitating medical conditions, reduce symptoms for things like anxiety, and even help folks cope with things like PTSD.

As part of a budget proposal set to be formally submitted to lawmakers later this month, the governor is calling for medical cannabis legalization and the elimination of penalties for low-level marijuana possession, manufacturing and distribution for amounts less than 25 grams. People with past cannabis convictions could apply to have their records expunged.

Watch the governor’s press conference announcing his marijuana plan below:

Evers said during a press conference that the proposal calls for decriminalization—instead of outright legalization—because the administration is “starting with places that we feel we can win.”

“I believe that there are Republicans out there that feel confident that this is something that’s important—not only around the issue of medical marijuana but also decriminalizing small amounts,” he said. “It connects the dots with our efforts that we’re going to be having going forward around the issue of criminal justice reform. We feel it’s a good starting place.”

Evers also emphasized that this is not the “ending point” for discussions about adult-use legalization.

“But it’s a great starting place because it’s going to help people who need additional resources at their disposal to take care of pain and other issues that they might have,” he said. “And it’s a good place to start to make sure that we’re having fairness in our criminal justice system.”

That’s among the many reasons I’m announcing today that it’s time for Wisconsin to join over 30 other states and the District of Columbia in legalizing medical marijuana and ensure access to CBD oil in Wisconsin.

The proposal would allow patients with certain conditions such as chronic pain or seizures to obtain a medical cannabis recommendation from a physicians. Evers also wants to expand access to CBD products by removing an existing policy that requires a physician’s yearly authorization.

Wisconsin has the highest incarceration rate in the country for Black men, and drug-related offenses account for a significant portion of our inmate populations.

“As a cancer survivor, I know the side effects of a major illness can make everyday tasks a challenge. People shouldn’t be treated as criminals for accessing a desperately-needed medication that can alleviate their suffering,” Evers said in a press release. “Wisconsinites overwhelmingly agree that this is a critically important issue. But it’s not just about access to health care, it’s about connecting the dots between racial disparities and economic inequity.”

Our budget will decriminalize possession of marijuana in amounts of 25 grams or less, and that we’ll also be creating a path for expungement for these crimes for those who’ve completed their sentence or probation.

Medical cannabis patients would be allowed to possess up to three ounces of cannabis or up to 12 plants, according to an outline of the proposal distributed by the governor’s office. The plan would also prohibit individuals who’ve been convicted of “various violent felonies” in the last 10 years from becoming registered medical marijuana patients.

Evers said he and Republican leaders will “continue to meet and talk” about his cannabis policy proposals. He pointed to Assembly Speaker Robin Vos (R) as an example of someone who is “open to medical marijuana” and said he “hopes to convince the Senate side of the same.”

Wisconsin has the highest incarceration rate in the country for Black men, and drug-related offenses make up as much as 75-85% of inmate populations.

By decriminalizing marijuana, we’ll begin to address racial disparities and cycles of poverty in communities across our state.

The governor’s plan would “prevent localities from establishing their own ordinances or penalties for possession of less than 25 grams of marijuana,” according to the press release from his office.

This isn’t a Republican issue or a Democratic issue. Wisconsinites overwhelmingly agree that access to medical marijuana, CBD oil, and decriminalization for small amounts of marijuana are critically important issues, and I believe we can get it done in this budget.

The outline of the plan also stipulates that neither “marijuana odor” or possession of less than 25 grams “may be used to establish probable cause that a person possesses more than 25 grams of marijuana.”

Evers is expected to submit his budget to lawmakers on February 28.

This morning, I announced that in my budget, I am calling for Wisconsin to join over 30 other states and the District of Columbia in legalizing medical marijuana. It’s what Wisconsinites want. pic.twitter.com/shflPY4VDY

Separately, the governors of New York and Rhode Island have included adult use marijuana legalization in their budget proposals this year.

Read the outline of Evers’s marijuana reform proposal below:

This piece was updated to include comments from the governor’s press conference and details from a proposal outline.