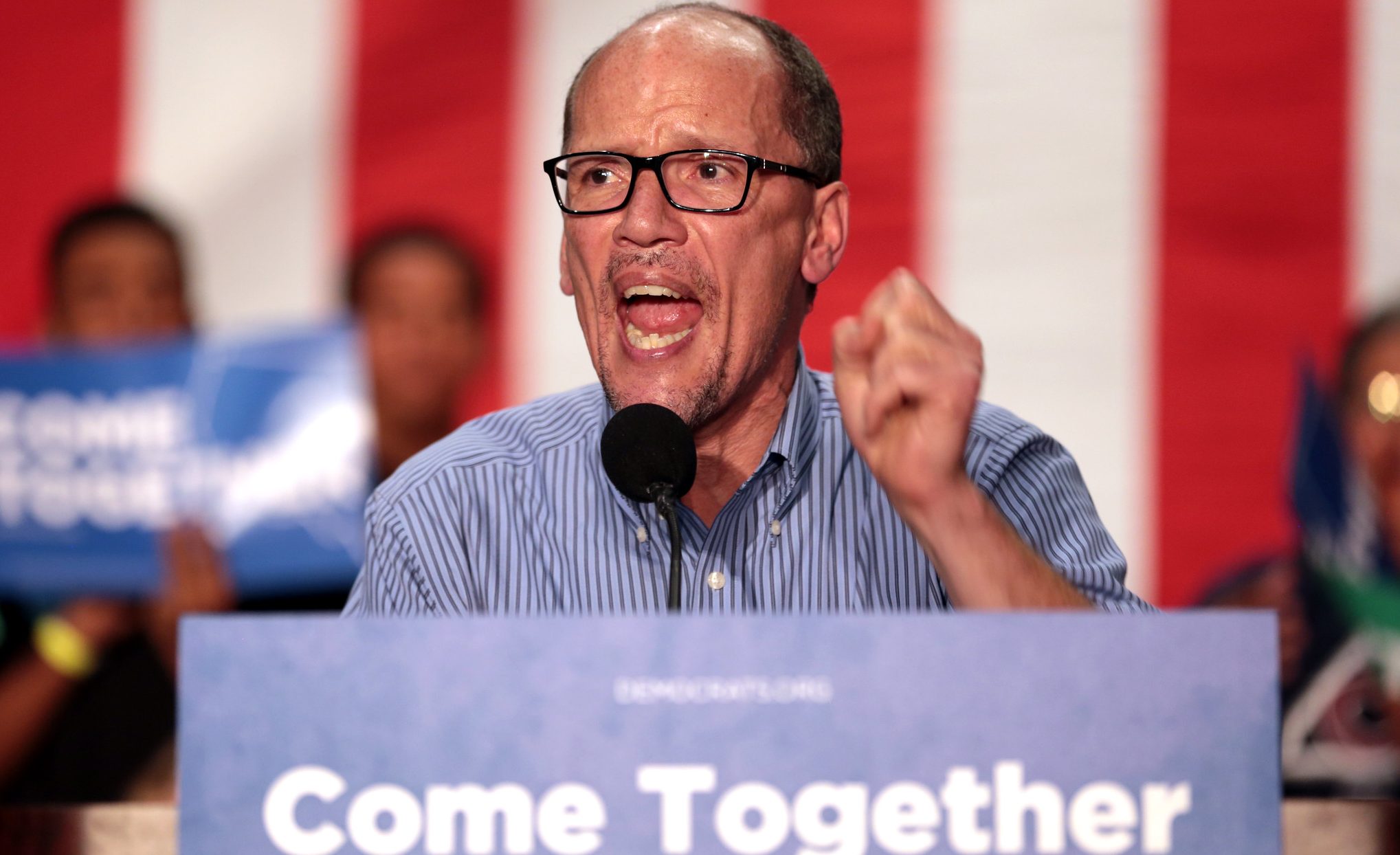 The chairman of the Democratic National Committee (DNC) apparently thinks that hemp gets you high—and that getting high makes you dumb.

In an attempted dig at President Donald Trump, who said last week that farmers struggling amid a trade war were “over the hump,” DNC Chair Tom Perez said he thought the president “was smoking some hemp when he said they were over the hump.”

“If you smoke some hemp, I guess that would stimulate certain farm economies here,” he added during his remarks at a press conference in Wisconsin.

Watch Perez’s hemp comment at about 6:45 into the video below:

Because hemp contains only trace amounts of THC, the main psychoactive ingredient in marijuana, it wouldn’t get you high, as Perez implied. But legalization advocates say it’s especially problematic that a party leader is treating marijuana as a laughing matter in the first place.

“I would need to be smoking something a hell of a lot stronger than hemp to find Tom Perez’s weak attempt at a marijuana joke funny,” Erik Altieri, executive director of NORML, told Marijuana Moment.

“At a time when over 600,000 overwhelmingly black and brown Americans are still being arrested every year for simple possession, our failed and racist prohibition is no laughing matter,” he said. “While we have made great progress in winning elected officials nationwide to our cause, Perez illustrated that we have a lot of work left to do when it comes educating them about the issue and still a bit of a road to go down before we can stop dealing with dad jokes and bad weed puns.”

“We need more leadership and action at the federal level, not more stupid jokes, puns and inaccurate comments about hemp’s ability to get you high,” he told Marijuana Moment. “Luckily that is something that many of his party’s presidential candidates understand,” he said. “Sadly, Mr. Perez does not.”

Perez’s position on cannabis policy isn’t quite clear, as he’s remained largely silent on the issue. In contrast, many 2020 Democratic presidential candidates are campaigning on broad marijuana reform proposals.

The DNC chair made his attempted hemp quip during a press availability in Milwaukee, where he is meeting donors and coordinating preparation for next year’s Democratic National Convention.

Psychedelics Decriminalization Moves Forward In Cities Around The U.S.