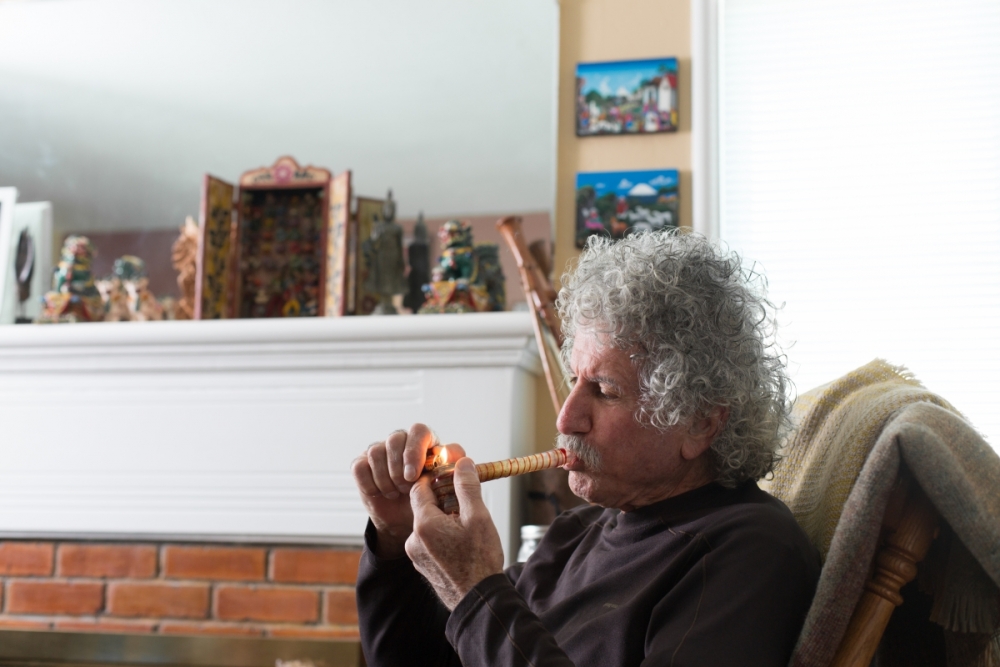 A new study out of Washington State University suggests cannabis may inspire entrepreneurs to come up with big, bold business ideas—but could also lead them down a rabbit hole of wishful thinking.

Researchers found that entrepreneurs who were frequent marijuana consumers came up with business pitches that were more original but less feasible, according to a panel of experts who scored the ideas.

“Beyond their innate creative aptitude, entrepreneurs may attempt to enhance their creativity,” says the study, which will appear in the March 2021 issue of the Journal of Business Venturing. “Despite generating more original ideas, we found that cannabis users’ ideas were less feasible.”

Also important variables, the study found, were an entrepreneur’s passion, which may heighten creativity at the expense of feasibility, as well as their past entrepreneurial experience, which tended to increase idea feasibility but rein in creativity.

The findings “provide insight into the creative benefits and detriments associated with being a cannabis user,” the study says, “suggesting that cannabis users—especially those who are passionate about exploring new venture ideas or those with relatively little entrepreneurial experience—may benefit from non-users’ insights to develop the feasibility of their ideas.”

To test the effects of marijuana on business-idea generation, researchers had 254 entrepreneurs come up with “as many new venture ideas as possible” based on virtual reality—a prompt provided by researchers. Participants had three minutes to generate ideas, then selected the idea they believed to be their best. Two “expert raters” then evaluated the chosen pitches for originality and feasibility.

Reachers say their findings support one of the study’s core hypotheses: that there are differences between how cannabis users and non-users arrive at business ideas. “Cannabis users are more impulsive, disinhibited, and better at identifying relationships among seemingly disparate concepts,” the study proposes. “However, these differences and cannabis users’ diminished executive functioning likely detracts from idea feasibility.”

Notably, the researchers did not ask participants to consume marijuana in the study setting itself. Rather, to compare cannabis-users to non-users, researchers split participants into two groups: those who had used marijuana less than five times in their lives and never in the past month (non-users) and those who’d consumed more than five times in their life and at least twice in the past month (users).

“Unlike alcohol, where health organizations have established standards for heavy drinking,” the study notes, “scholars have yet to reach a consensus on what constitutes a cannabis user versus a non-user.”

Because the study was merely observational, it also cannot determine whether marijuana use was in fact the cause of the differences between the two groups’ ideas. It may be that some other trait or traits explain both a person’s idea generation and their decision to consume cannabis.

The study’s cannabis user group comprised 120 people, or 47.2 percent of all participants. Researchers attempted to control for certain other factors, such as gender, age, education and technological familiarity.

While the findings suggest that, overall, cannabis can both inspire originality and limit feasibility, the outcomes were influenced strongly by what researchers described as “entrepreneurial passion for inventing” as well as their “entrepreneurial experience.”

As the study itself acknowledges, many successful business leaders and visionaries have credited the inspirational powers of cannabis. Apple luminary Steve Jobs, for example, “noted that his use of cannabis helped him feel ‘relaxed and creative.’” (Biographer Walter Isaacson also quoted Jobs as saying another drug, LSD, was “one of the most important things in my life. … It reinforced my sense of what was important—creating great things instead of making money.”)

On the other hand, researchers argue that cannabis use can be a double-edged sword. “Regular cannabis use is associated with numerous detrimental effects, such as the potential for dependence and addiction, risk of motor vehicle accidents, mental and respiratory health problems, as well as memory and other cognitive impairments.”

Benjamin Warnick, assistant professor at Washington State University’s Carson School of Business and lead author of the study, said in a press release that the research is “the first study we know of that looks at how any kind of drug use influences new business ideation,” adding that “there is still much to explore.”

“Clearly there are pros and cons to using cannabis that deserve to be investigated further,” Warnick said. “As the wave of cannabis legalization continues across the country, we need to shed light on the actual effects of cannabis not only in entrepreneurship but in other areas of business as well.”