The Drug Enforcement Administration (DEA) celebrated its 45th anniversary this month—and two U.S. senators thought it prudent to honor the federal agency with a congressional resolution, despite the fact that the war on drugs has not been won by any metric.

Sens. Chuck Grassley (R-IA) and Dianne Feinstein (D-CA) filed the measure on Wednesday, calling on their colleagues to formally recognize the DEA’s accomplishments throughout its history.

The two senators co-chair the Senate Caucus on International Narcotics Control, so it’s not especially surprising that they’d join hands in celebrating the agency responsible for prohibition enforcement. But the warm embrace of a main arm of the federal drug war—particularly for Feinstein, who has recently taken steps to distinguish herself as at least somewhat supportive of marijuana reform—raises eyebrows.

The resolution’s primary focus is on the sacrifices of DEA special agents. However, it also cites statistics about marijuana seizures over the past decade at a time when more and more Americans believe that cannabis prohibition has failed.

The DEA seized more than 3,200,000 kilograms of marijuana in the past 10 years, the resolution states. For that and other reasons, the senators resolved to “give heartfelt thanks to all the men and women of the [DEA] for their past and continued efforts to protect the people of the United States from the dangers of drug abuse.”

But taking a step back, that figure doesn’t necessarily reflect the reality of marijuana use in the country. In spite of DEA’s ongoing efforts to stymie drug trafficking operations and its stubborn resistance to lifting the federal ban on cannabis, people haven’t stopped consuming marijuana. And the past decade has also seen a wave of states approving legalization.

To be sure, the resolution doesn’t explicitly endorse keeping marijuana illegal, but on the DEA’s 45th anniversary, it’s worth revisiting some other statistics: 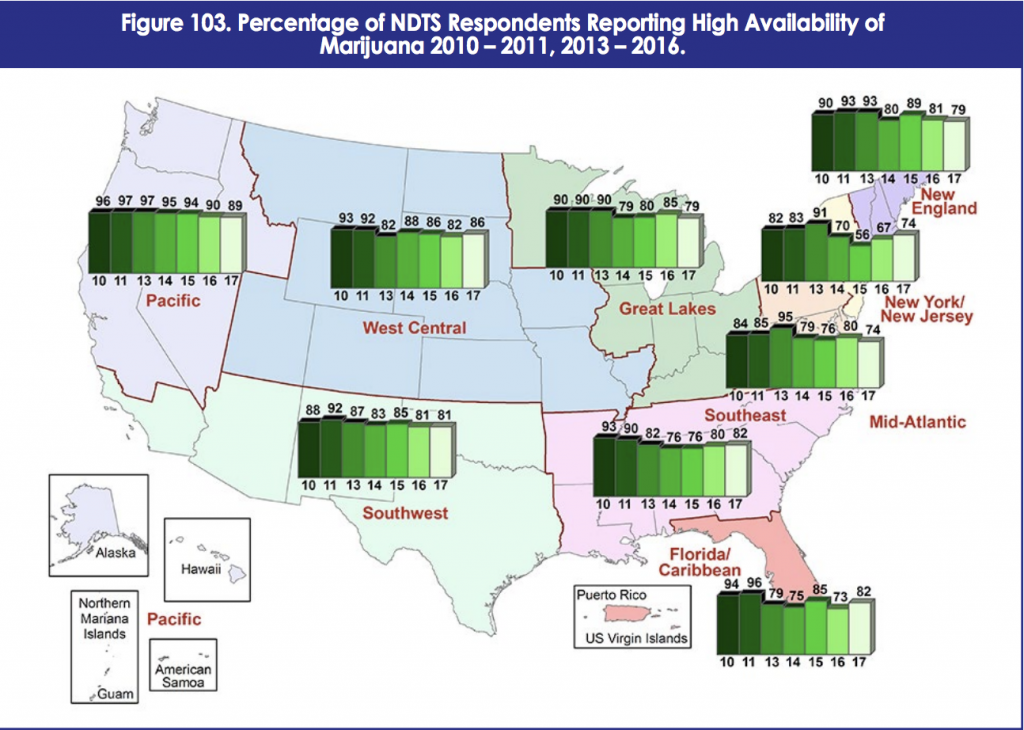 With all that in mind, one wonders what sort of results DEA would have had to achieve over four and a half decades of prohibition enforcement in order to not receive a resolution of congratulations from Congress.