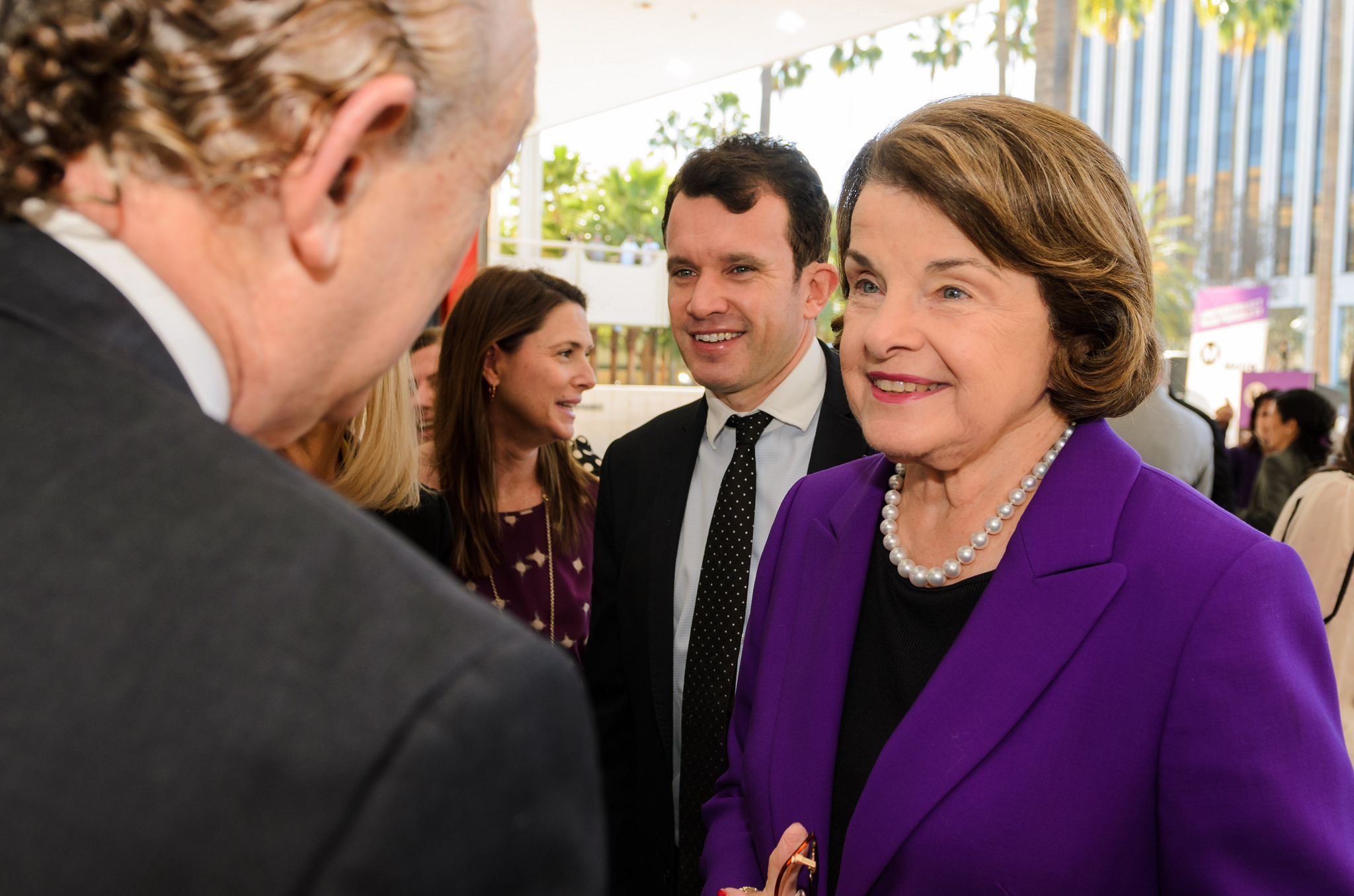 A bill that would amend federal law to give states the autonomy to set their own marijuana policies gained a tenth cosponsor on Thursday, and a somewhat surprising one at that.

Sen. Dianne Feinstein (D-CA) has long been one of Congress’s most vocal opponents of legalizing cannabis. But now she’s backing legislation to end federal prohibition so that states like hers can implement legalization without interference.

The bill, nicknamed the STATES Act, was introduced by Sens. Elizabeth Warren (D-MA) and Cory Gardner (R-CO) in June. The senators have made clear they wanted to demonstrate bipartisan support for the legislation, and so part of the rollout plan has been to bring on two cosponsors at a time—one from each party—following a “Noah’s Ark” strategy, as Warren described it.

But Warren and Gardner allowed Feinstein to sign up solo this week, without a corresponding GOP senator. A Senate aide familiar with the legislation told Marijuana Moment that the rationale was that Feinstein, as the ranking member of the Senate Judiciary Committee, is uniquely positioned to help push the ball forward. But the overall plan hasn’t changed and the next cosponsor will be a Republican.

Signing on to the STATES Act reflects Feinstein’s continuing evolution on marijuana policy. After spending most of her political career opposing drug reform measures, including California’s 2016 adult-use legalization ballot initiative, the senator this year come out in support of letting states set their own marijuana laws.

“Federal law enforcement agents should not arrest Californians who are adhering to California law,” Feinstein told McClatchy in May. In that interview, she also signaled her support for the STATES Act, but said she’d have to look it over first to “determine whether it’s the best path forward.”

It appears that, upon review, the bill met Feinstein’s standard. The senator has joined a bipartisan coalition of supporters, including Sens. Cory Booker (D-NJ), Rand Paul (R-KY), Jeff Flake (R-AZ) and Amy Klobuchar (D-MN), among others.

President Donald Trump has also expressed tentative support for the legislation. After speaking about the bill with Gardner, the president told reporters that “really” backs the effort.

“I know exactly what he’s doing. We’re looking at it,” he said. “But I probably will end up supporting that, yes.”

Skeptics have questioned Feinstein’s motives for dropping her opposition to marijuana reform, with some suggesting that pressure from her progressive reelection challenger, State Sen. Kevin de Leon (D), prompted the policy shift.

Though de Leon declined to endorse California’s bid to fully legalize marijuana, his voting record in the legislature has consistently earned him a perfect score from the drug reform advocacy group Drug Policy Forum of California.

Joined leaders of California’s cannabis industry in Mendocino County this morning to talk about furthering the fight for de-scheduling marijuana at the federal level. It’s time to bring this industry out of the shadows once and for all to create new jobs and grow our economy. pic.twitter.com/LNvGFWPnA1

“We need leadership in Washington that will push for real marijuana reform like Proposition 64, instead of fomenting unfounded fears about cartels and our kids,” a statement on de Leon’s campaign website states. “Marijuana should no longer be a Schedule 1 drug.”

By signing onto the Warren-Gardner bill, Feinstein appears to be making a statement that she’s not just talk—she’s also prepared to walk the walk.