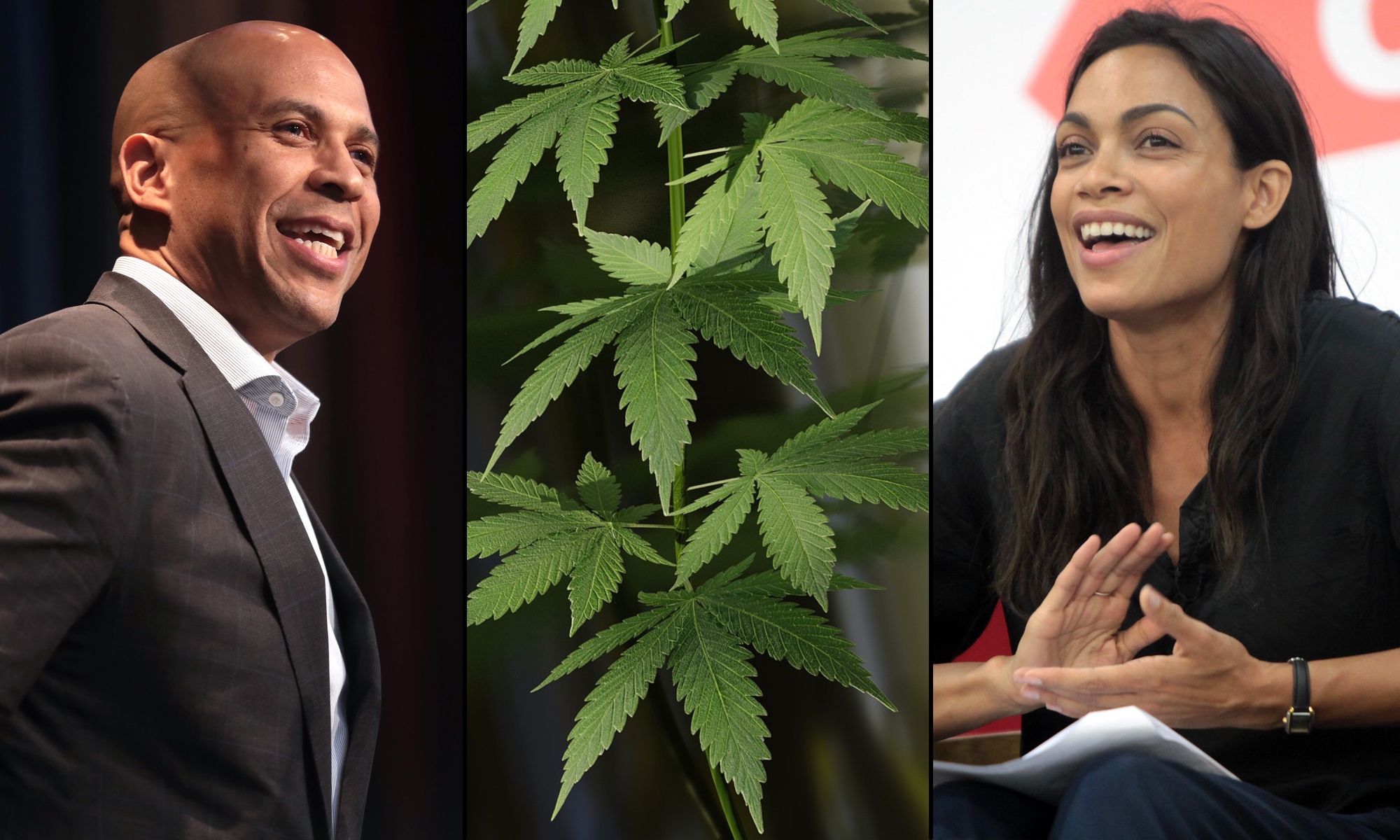 Actress Rosario Dawson is joining the board of a California-based marijuana beverage company as her partner, Sen. Cory Booker (D-NJ), is pushing to build support for a bill he’s sponsoring to federally legalize cannabis.

Dawson said she’s been impressed by diversity efforts of Cann—which produces low-THC infused seltzers and is backed by investors like actress and Goop Founder Gwyneth Paltrow—and she intends to focus on furthering those objectives. The announcement of her involvement in the cannabis business was first reported by Bloomberg.

Booker is one of the three authors of the the Cannabis Administration and Opportunity Act (CAOA), legislation that would deschedule marijuana and take steps to promote social equity in the industry.

After introducing the draft bill last month, Booker, Senate Majority Leader Chuck Schumer (D-NY) and Senate Finance Committee Chairman Ron Wyden (D-OR) have been taking public comment on the proposal. There remain significant questions as to whether the senators can muster enough votes to pass legalization with a slim Democratic majority when the measure is finalized, however.

Of course, Cann stands to benefit from federal legalization like any other marijuana business that is currently restricted by financial barriers and commerce complications resulting from federal prohibition. But Booker has been a long-standing advocate for reform, introducing his own legalization bill in 2017 before he’d met Dawson.

For her part, Dawson says her support for legalization is partly motivated by personal reasons. Her father “was growing weed off the fire escape” to treat symptoms of pancreatic cancer, she told Bloomberg. “He was blatant about his use in a way other people in my community knew not to be.”

Indeed we CANN! Thank you for the welcome. Excited to be a part of the team. #CANNCANNGRRRL https://t.co/Sz9s9Y1tLL

“My joining this board is historic, given less than 3.5 percent of corporate board seats in general are held by women of color,” Dawson said, adding that she has “a vested interest in federal change and local change happening.”

Another appeal of Cann is the fact that it manufacturers a non-smokable product that could better serve female consumers who, surveys show, are less inclined to toke, she said.

Booker has joked about Dawson’s support for legalization, saying on several occasions that he wasn’t sure if she was “more excited to vote” for his reelection or for New Jersey’s cannabis referendum last year.

The senator has also recently made clear that he has no interest in advancing marijuana banking legislation that would benefit the industry before passing comprehensive legalization legislation. That position is presumably at odds with other stakeholders in Dawson’s new industry circle who want to gain access to the banking system sooner rather than later.

But while Booker has maintained a firm position on legislative priorities for cannabis, his resistance to voting on the Secure and Fair Enforcement (SAFE) Banking Act first doesn’t mean that he’s opposed to the policy change. He clarified last month that he feels that holding off on advancing the banking reform could encourage his colleagues to support comprehensive legalization.

Minutes after the senators unveiled the bill, White House Press Secretary Jen Psaki was asked at her own daily briefing about the administration’s position on the legislation and said “nothing has changed” with respect to Biden’s position.