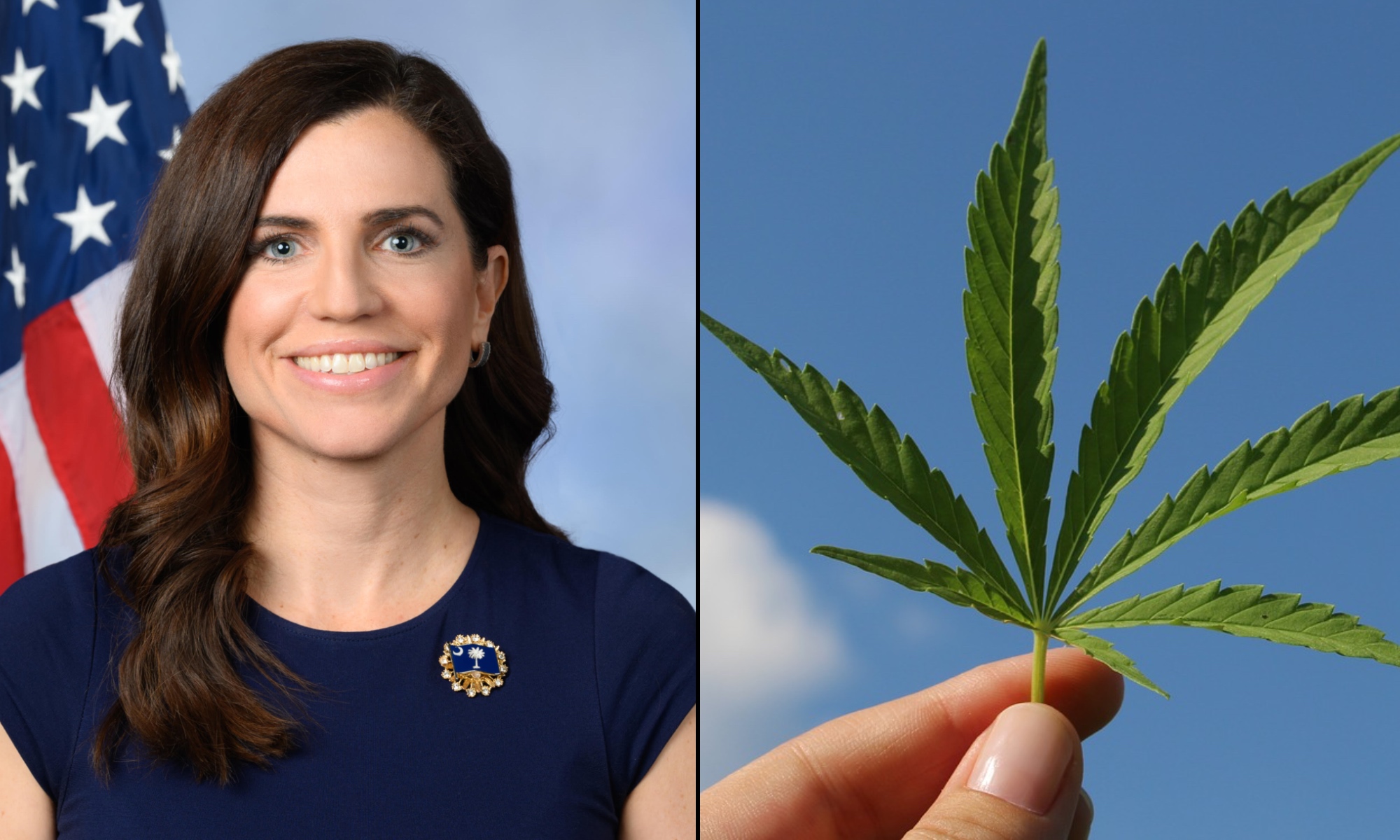 The GOP House sponsor of a federal marijuana legalization bill prevailed against a primary reelection challenge on Tuesday, beating out an opponent who attacked her cannabis reform position and positioning herself to lead the charge on a comprehensive bipartisan policy change if Republicans end up taking the House majority in November’s midterms.

Rep. Nancy Mace (R-SC), who is championing the States Reform Act (SRA) to end prohibition, handily defeated her opponent Katie Arrington, who released an attack ad accusing the congresswoman of being “high” over her focus on marijuana reform and at one point challenged her to take a drug test.

The incumbent also succeeded despite attempts by a recently formed anti-legalization political action committee to push her out of Congress and former President Donald Trump’s endorsement of her opponent. (Trump on Wednesday nonetheless congratulated Mace on the victory when the race was called.)

Cannabis advocates are widely pleased with the outcome, which keeps intact a key player in the push for bipartisan reform on the GOP side of the aisle as the prospects of Congress enacting Democratic-led legalization bills remain in question.

Perhaps more importantly, the chances of Democrats maintaining their slim majorities in either chamber after November’s election are in serious doubt, so having a Republican member who has made comprehensive legalization a legislative priority remain in her seat—especially after her opponent attacked her over the issue—comes as a relief to those who’ve worked hard at advancing reform.

Mace’s SRA shares many similarities with bills that Democratic House and Senate leadership have worked to get enacted over the years, recognizing the need for some measure of social equity and assisting small businesses while accomplishing one of the primary goals of reformers: removing cannabis from the listed of prohibited drugs under the Controlled Substances Act.

The congresswoman, who has personal experience using cannabis a therapeutic treatment, recently said that she’s received assurances that SRA will receive a hearing in the Democratic-controlled Congress, even as her colleagues work to advance competing proposals such as the House-passed Marijuana Opportunity, Reinvestment and Expungement (MORE) Act or separate legalization legislation that’s being finalized by Senate Majority Leader Chuck Schumer (D-NY).

It remains to be seen if that hearing will actually happen this year, but activists are cheering Mace’s primary victory as a sign that, even if things turn against Democrats at the ballot, there will still be a rare conservative voice advocating for comprehensive change with a Republican majority.

“Representative Mace has fundamentally changed Republican conversations when it comes to marijuana policy reform,” Justin Strekal, founder of the BOWL PAC, told Marijuana Moment. “As a longtime advocate who has tried for years to make issues of expungements and addressing past harms and promoting small businesses a nonpartisan issue, Representative Mace’s States Reform Act represents a good faith endeavor to constructively engage.”

Maritza Perez, director of the office of national affairs at the Drug Policy Alliance, similarly told Marijuana Moment that “it’s great to have a Republican who’s out there in support of descheduling—somebody who’s a true advocate for marijuana reform that’s rare on the Republican side.”

“I hope that she’s able to convince more of her colleagues on that side of the aisle to join the fight for cannabis reform,” Perez said.

There have been some concerns among reform advocates that the small number of GOP cosponsors on SRA—just four (including one who passed away this year), with zero being added since it was introduced in November despite Mace continually working to build support—signals that there might be some tension between the congresswoman and the Republican co-chair of the Congressional Cannabis Caucus, Rep. Dave Joyce (R-OH).

Joyce, sponsor of the separate Common Sense Cannabis Reform Act, said in an email explaining his opposition to the Democratic-led MORE Act, that his own legislation is “the only Republican-led comprehensive cannabis reform bill that does not include” tax and equity provisions, as his bill would simply deschedule marijuana. That was widely read by insiders as a dig at Mace’s bill, which does have some of those components.

But another line of thinking is that some GOP members might be holding out on signing onto Mace’s bill until they prevail in their own primary elections this cycle.

Given Mace’s victory in conservative South Carolina despite her strong advocacy on the issue, however, it may be the case that other Republican members of Congress are overly concerned about how coming out in support of legalization by way of SRA would impact their electoral performance.

After all, recent polling has found that cannabis legalization enjoys majority, bipartisan support—with most Americans also saying they’d be more likely to support politicians that back reform.

Randal Meyer, executive director of the Global Alliance for Cannabis Commerce, told Marijuana Moment on Wednesday that Mace’s victory means that “Republicans should be paying attention to not only the polling and the changes in cultural attitudes—but now the actual electoral results.”

Steven Hawkins, CEO of the U.S. Cannabis Council (USCC) congratulated the congresswoman in a press release, describing her as an “outspoken supporter of cannabis legalization” and saying that “her victory is another sign that the era of cannabis prohibition is fast coming to a close.”

On behalf of the overwhelming majority of Americans who support cannabis legalization, we congratulate Rep. @NancyMace on her victory. She has been an outspoken supporter of legalization, and her victory is another sign that the era of #cannabis prohibition is coming to a close.

Mace’s primary opponent “tried hard to make cannabis an issue, going so far as challenging Mace to take a drug test and asking, ‘Is Nancy Mace high?’ in her campaign kickoff ad,” Hawkins said. “Arrington thought Republican primary voters would abandon Mace over cannabis reform, but she was relying on an outdated playbook.”

“Cannabis reform enjoys growing and bipartisan support across the nation,” he said. “Politicians who bet against reform and use cannabis as a punchline do so at their own peril.”

Cannabis reform enjoys growing and bipartisan support across the nation. Politicians who bet against reform and use cannabis as a punchline do so at their own peril.

Brent Gardner, chief government affairs officer of Americans for Prosperity, told Marijuana Moment that conservatives are “increasingly realizing that cannabis prohibition is another failed government policy, and Representative Mace has been one of the loudest conservative voices on this issue.”

“Her win reaffirms what we already know—voters want Congress to adopt cannabis reform and get the federal government out of the way in states making the best decisions for their citizens,” he said.

Meanwhile, there are reportedly high-level bipartisan and bicameral talks about coming up with a marijuana omnibus package of incremental reforms that could advance through both chambers by the year’s end.