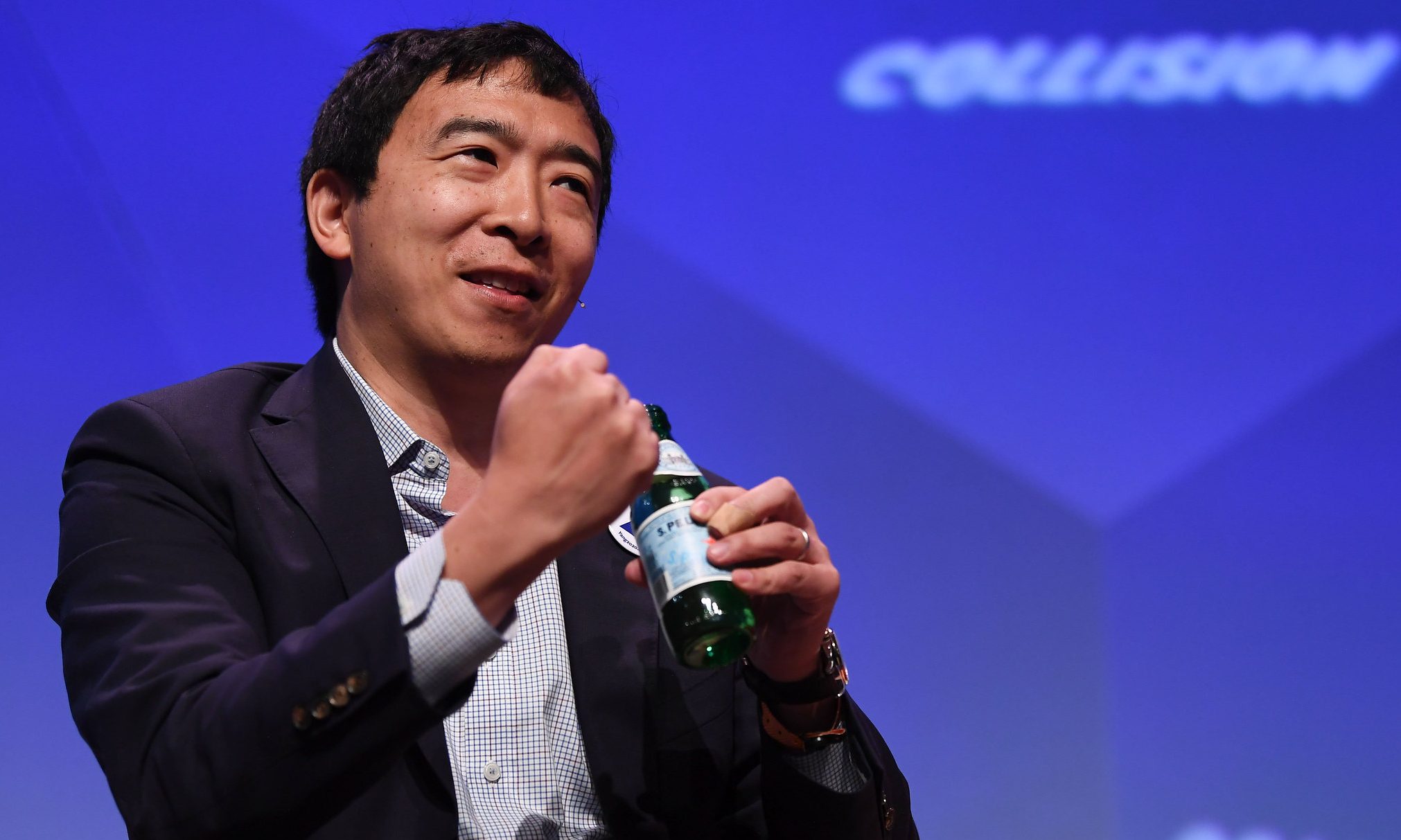 If elected president, Andrew Yang said he would issue mass pardons for non-violent drug offenders on the unofficial marijuana holiday, 4/20, and give each of them a high five as they leave prison.

Yang made that pledge during a speech at the National Action Network convention on Wednesday, where he was asked about his criminal justice reform agenda. It’s the latest in a series of bold drug reform proposals the 2020 Democratic presidential candidate has backed.

“I would legalize marijuana and I would pardon everyone who’s in jail for a non-violent, drug-related offense,” Yang said. “I would pardon them all on April 20, 2021 and I would high five them on their way out of jail.”

Additionally, he said he’d eliminate private prisons, use federal funds to buy every police officer a body camera and fight for a universal basic income.

.@AndrewYang at #NANconv2019: "I would legalize marijuana and then I would pardon everyone who's in jail for a nonviolent drug-related offense. I would pardon them on April 20, 2021 and I would high-five them on the way out of jail." pic.twitter.com/wqELzL9TwO

While presidents only have the power to pardon and commute sentences for people convicted of federal crimes—and most people who are incarcerated on drug offenses were sentenced under state laws—any mass clemency measure launched by the next occupant of the Oval Office would directly impact tens of thousands of people and would send a strong message to states.

As the entrepreneur-turned-politican’s campaign has evolved, Yang has put forward ideas for drug reform that go further than those endorsed by many of his competitors for the Democratic nomination. His campaign site says that he’d identify “non-violent drug offenders for probation and potential early release,” but apparently Yang plans to do more than that by pardoning (and high-fiving) them.

Sen. Cory Booker (D-NJ), another 2020 Democratic candidate, said last week that he’d consider issuing mass pardons and commutations if elected president—but he only talked about doing so for people with marijuana convictions.

Yang also recently rolled out a proposal to decriminalize the possession and use of opioids.

We will be announcing a new policy proposal every day for the next month. The first – decriminalizing opioid use and possession. The War on Drugs has not worked. We should refer addicts to treatment not a prison cell. https://t.co/Mey34hGtWU

“While those who brought this plague on our citizens must face serious consequences, we need to make sure that those who are afflicted by the illness of addiction are treated and not criminalized,” his campaign site states. “The individuals behind pharmaceutical companies who promoted these drugs as non-addictive while knowing better are the ones who belong in jail, not those who fell prey to addiction.”

Rep. Tulsi Gabbard (D-HI) embraced the sentiment of that position during a CNN town hall event last month, arguing that people suffering from addiction would be better served in treatment than prison. But while she didn’t rule out decriminalizing all drugs, she didn’t explicitly endorse the policy either.

“This is about recovery. This is about addiction,” the 2020 Democratic presidential candidate said. “We need to address that reality and help resolve some of the root causes of why people are turning to different substances in the first place.”