Activists in Portland, Oregon have officially started collecting signatures for a measure to locally decriminalize a wide range of psychedelics such as psilocybin and ayahuasca.

The proposed ballot initiative, which was submitted in October, would prohibit the use of city funds to assist in the enforcement of laws against personal possession and cultivation of entheogenic plants and fungi.

The initiative stipulates that Portland cannot adopt any laws prohibiting or regulating the possession, cultivation or distribution of these substances for personal use.

Decriminalize Nature Portland, the group behind the campaign, needs to collect 37,638 valid signatures from voters in order to qualify for the ballot. Holly Sullivan, a volunteer coordinator for the group, told Marijuana Moment that their plan is to gather more than the needed total by the deadline of July 6 using “a combination of diligent volunteers and full-time paid organizers.”

“The response so far has been overwhelmingly positive, and we’re looking to expand our forces and our team in order to mobilize and inspire,” she said. “We’re so grateful to the people of Portland for getting us this far on 100 percent people power.”

Part of the reason the group is able to get started with signature gathering is because after submitting their ballot title for approval, there were no challenges to the language, which could have caused a delay. A city auditor confirmed that to Decriminalize Nature Portland earlier this month and said they were cleared to submit cover and signature sheets for approval.

Now the group is seeking volunteers to pick up the sheets, get training and help in the signature gathering process.

In an email blast on Friday, they invited people to help organize and collect the signatures. “We need your help!” the group wrote. “Let’s do this people.” 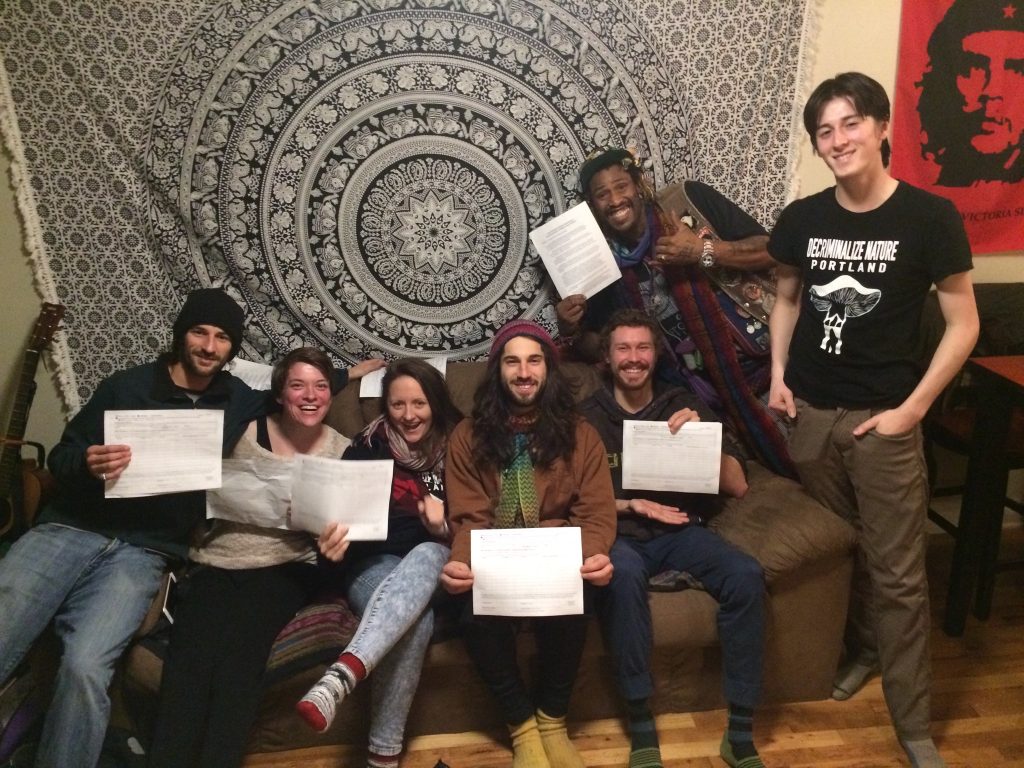 Portland is one of about 100 cities across the U.S. where psychedelics decriminalization is being considered, with activists at varying stages as they coordinate with the national Decriminalize Nature organization.

Organizers from other Oregon municipalities—including Eugene, Springfield, Roseburg and Detroit— gathered last month at a conference focused on bringing the decriminalization movement to their towns. “After a walking meditation and integration session, everyone got down to business discussing organizational strategies, canvassing techniques, and initiative drafting in three breakout tables,” says the email blast from the Portland group.

Interest in reforming psychedelics policies spiked after Denver became the first city to decriminalize psilocybin, followed by a unanimous City Council vote in Oakland to decriminalize a broader group of entheogenic substances, including ibogaine and mescaline.

There are also statewide efforts underway, with organizers in Oregon in the process of collecting signatures for a measure to legalize psilocybin for therapeutic purposes. Another campaign is working to decriminalize possession of all drugs and increase funding for substance misuse treatment in the state. And in California, activists are hoping to put the question of legalizing psilocybin mushrooms before voters in 2020.

While there’s been far less talk about psychedelics at the national level, Rep. Alexandria Ocasio-Cortez (D-NY) said at a town hall event earlier this month that she’s supportive of the grassroots movement to decriminalize the substances and that she plans to reintroduce legislation focusing on psychedelics research.