Ohio Republican lawmakers are more supportive of legalizing marijuana than their Democratic colleagues are, according to a legislative survey released last week.

However, the Gongwer Werth Legislative Opinion Poll found that a large portion of Democrats say they remain undecided on the issue, and a sizable number of GOP members say they’re opposed to allowing adults to grow their own cannabis at home. 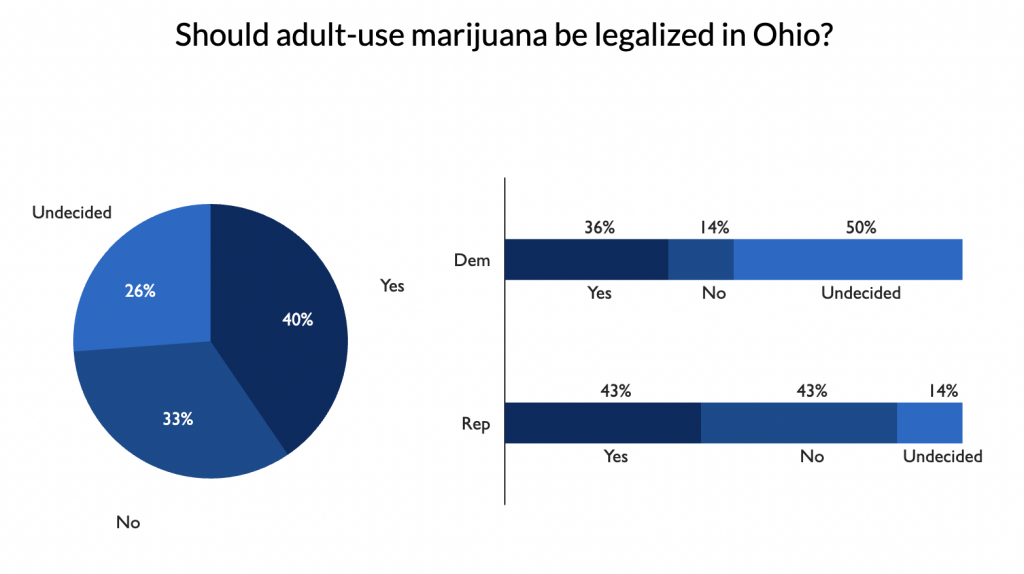 But asked plainly whether they back legalization, 43 percent of Republican legislators said yes, compared to 36 percent of Democrats. That breaks with most polls of the public, which has consistently shown that progressives are more likely to favor reform compared to conservatives.

Another 43 percent of GOP members said that they oppose legalization in the new survey, whereas just 14 percent of Democrats said they’re opposed to the policy change.

Political divides become even sharper when it comes to adjacent issues like home grow. Seventy-one percent of Democrats said they’re in favor of allowing adults to grow for personal use, compared to just 21 percent of Republicans. 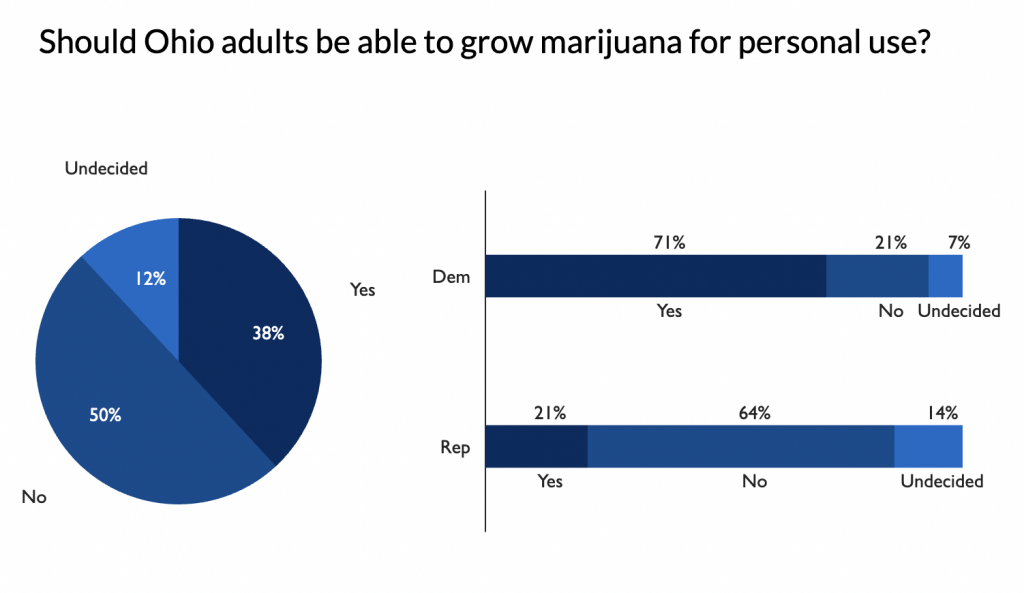 Seventy-one percent of Democratic legislators said adults should be able to grow for commercial use, whereas 86 percent of Republicans said “no” to that proposal. 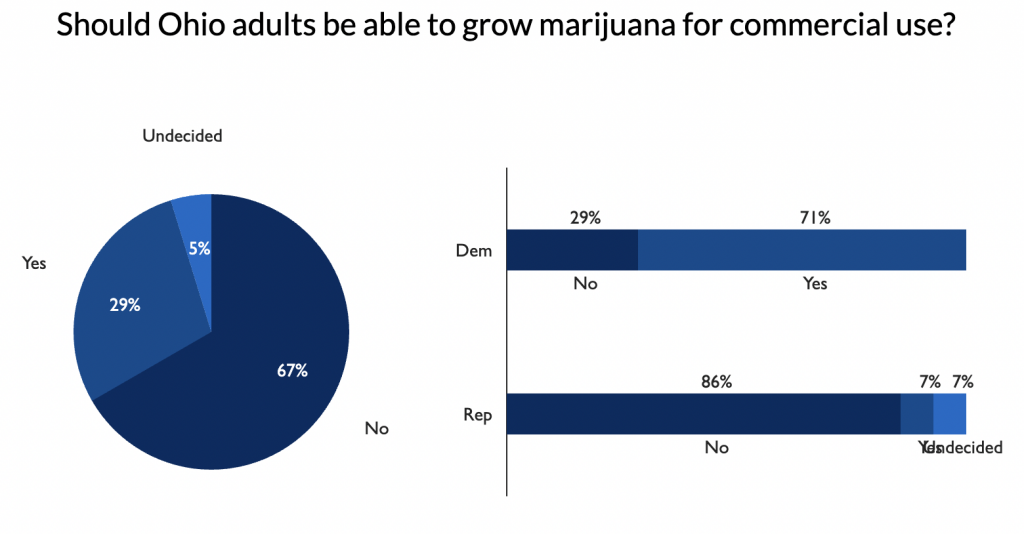 Asked about whether legalization would lead to addiction issues, 74 percent of GOP members said it would, while only 21 percent of Democrats agreed and 50 percent disagreed. 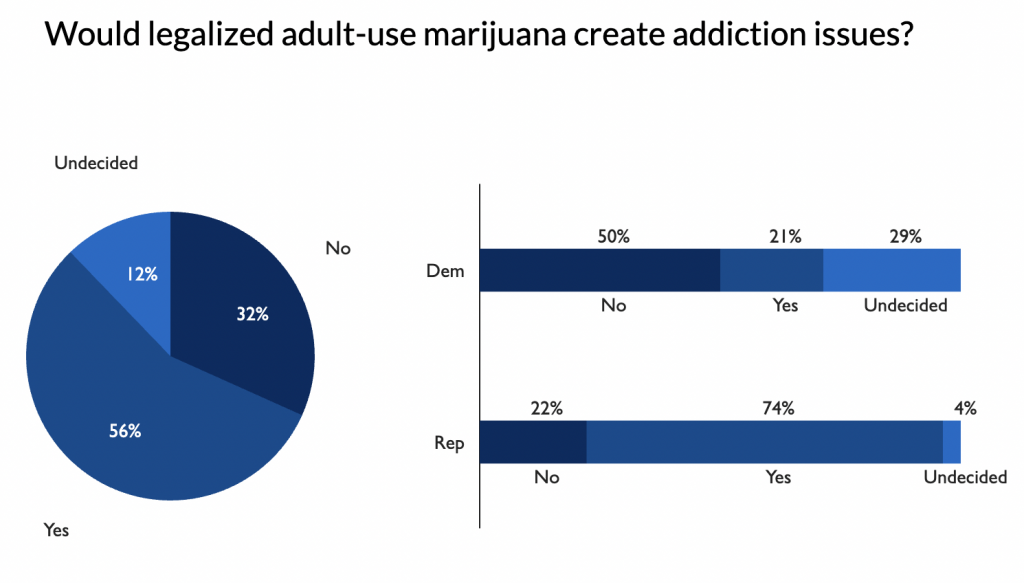 A pair of Ohio Republican lawmakers also recently announced a bill to legalize cannabis, breaking from the norm of Democrats leading the charge on reform in the state.

In July, Democratic lawmakers in Ohio formally introduced a bill to legalize marijuana possession, production and sales—the first effort of its kind in the state legislature.

The Coalition to Regulate Marijuana Like Alcohol (CTRMLA) launched its ballot effort in July. And the attorney general certified the measure in August after his office rejected summary language of an earlier version.

Ohio voters rejected a 2015 legalization initiative that even some reform advocates opposed because of its oligopolistic model that would’ve granted exclusive control over cannabis production to the very funders who paid to put the measure on the ballot.

Advocates suspended a subsequent campaign to place a measure on the 2020 ballot due to the coronavirus pandemic.