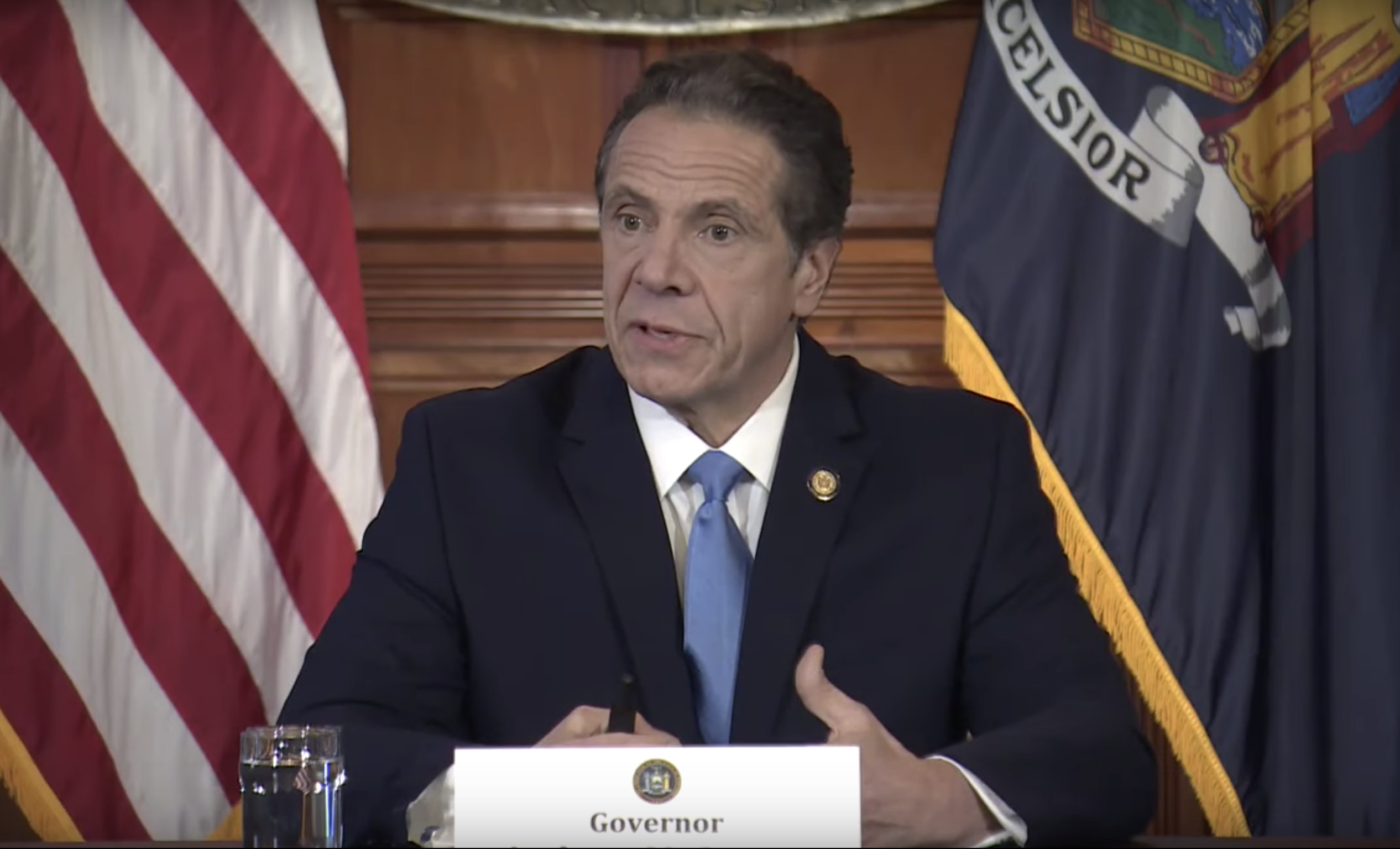 The governor of New York said on Friday that while the legislature hasn’t been able to pass a marijuana legalization bill so far during this legislative session, he feels the issue will end up getting over the finish line sooner or later.

Gov. Andrew Cuomo (D) was asked during a coronavirus update briefing why the state hasn’t legalized cannabis as a way to generate revenue for economic relief rather than depend on federal funds.

He seemed to take issue with the suggestion, arguing that it’s the federal government’s “obligation as part of managing this national pandemic that they provide financial relief to state and local governments, just the way they took care of the big corporations.”

On marijuana reform, he said “I support legalization of marijuana passage. I’ve worked very hard to pass it.”

“I believe we will, but we didn’t get it done this last session because it’s a complicated issue and it has to be done in a comprehensive way,” he said.

Assembly Majority Leader Crystal Peoples-Stokes (D) made similar comments when asked about the policy last month, though she seemed to signal that she laid partial blame for the failure to enact reform on the governor prioritizing other issues during the pandemic.

“I can’t commit that it will, because it’s not my call whether or not things go on the floor or not, but I do know that it’s something I’m pushing for,” she said. In terms of approving legalization through the budget, the majority leader said “I just think the governor didn’t want it to be there right then” because of shirting legislative priorities.

Lawmakers and reform advocates had hoped that legalization could be accomplished through the annual budget, and they held out hope all the way up to the April deadline, but it didn’t happen.

Cuomo, who has included legalization in his budget for two years in a row without seeing it enacted, indicated in April that he thought the legislative session was “effectively over” in general and raised doubts that lawmakers could pass cannabis reform vote remotely via video conferencing.

But the legislature has not adjourned for the year yet and lawmakers will reportedly meet next week to address COVID-19-related legislation and potentially other issues.

Meanwhile, a ban on pre-employment drug testing for marijuana for most workers in New York City went into effect last week.