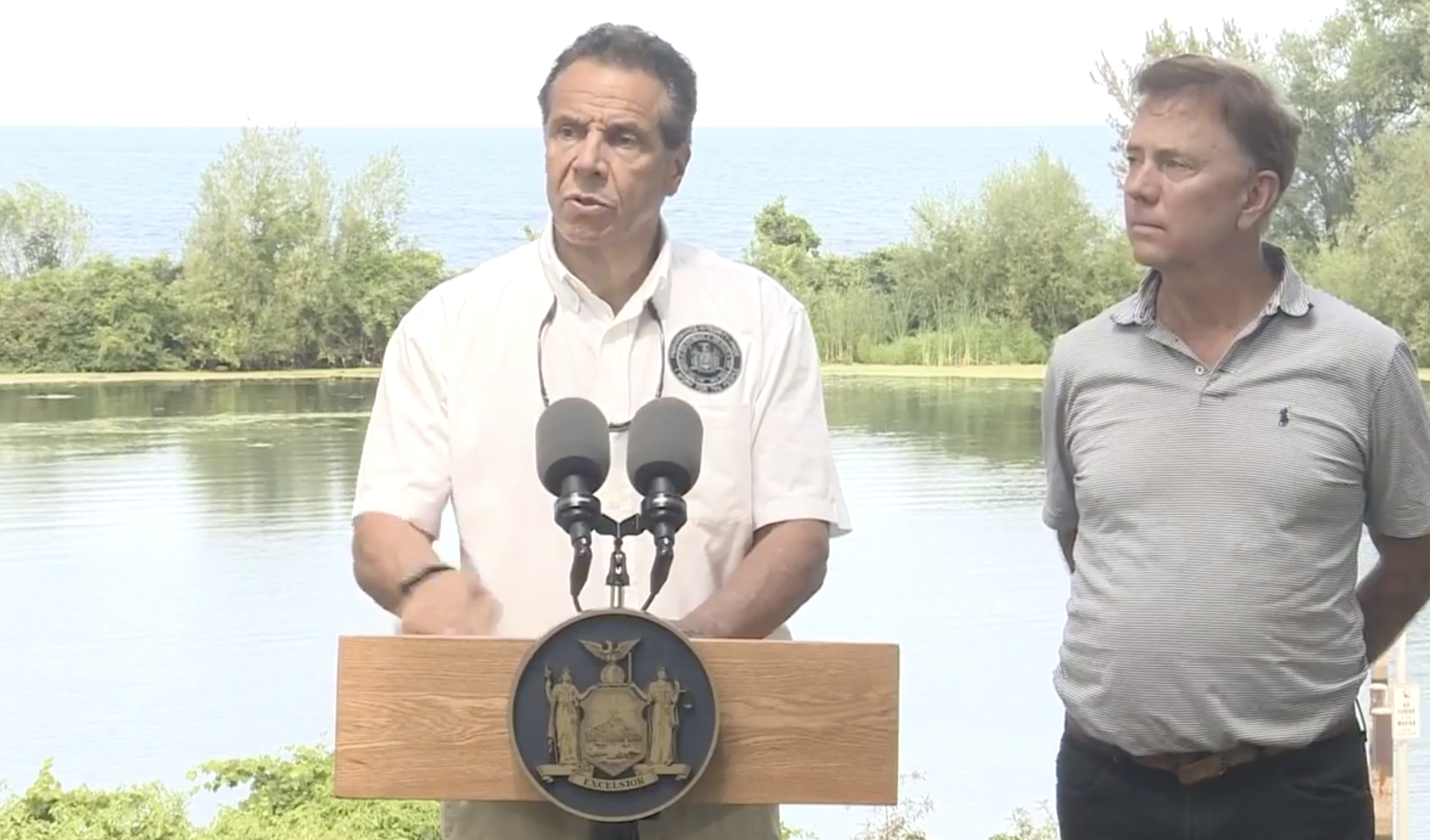 The governors of New York and Connecticut went fishing and talked about marijuana legalization on Tuesday.

The conversation comes after lawmakers in both states were unable to pass legalization legislation before their respective sessions’ ends this year, despite having the support of New York Gov. Andrew Cuomo (D) and Connecticut Gov. Ned Lamont (D).

Watch Cuomo’s marijuana comments at about 5:00 into the video below:

Cuomo had described legalization as a top legislative priority for 2019 and included it in his state budget proposal. But after months of negotiations with lawmakers, the plan fell through, due in part to disagreements about how to allocate tax revenue and whether to allow individual jurisdictions to opt out of allowing cannabis businesses.

The governor did sign legislation in July that expands the state’s marijuana decriminalization policy and provides a pathway for expungements of past marijuana convictions.

Over in Connecticut, Lamont campaigned on legalization during his election bid last year and described it as one of his administration’s “priorities” after he took office. But as with neighboring New York, the legislature failed to advance a legalization bill beside multiple successful committee votes and hearings throughout the year.

The specifics of what the governors talked about during their fishing expedition on Lake Ontario aren’t clear, but both are presumably gearing up for another round of legislative efforts marijuana over the coming year and could take lessons from each other as reform talks continue.

Another East Coast state, New Jersey, has also struggled to move legalization legislation forward, with lawmakers saying that the issue should be taken up by voters in 2020 rather than pushed through the legislature, though there has been discussion lately about another try at moving a bill before year’s end. Gov. Phil Murphy (D) did sign a decriminalization and expungements bill in May, however.