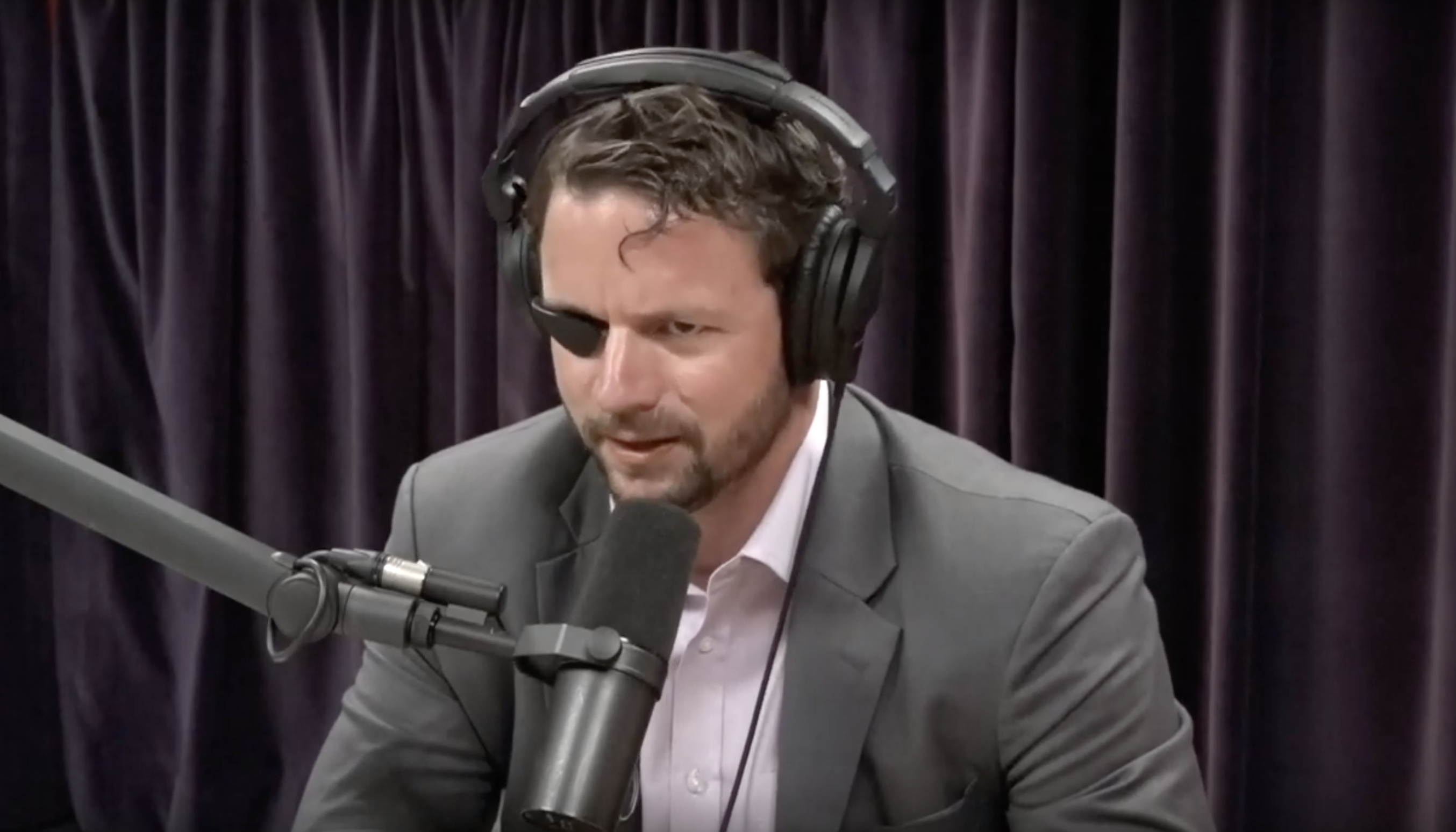 Joe Rogan debated the merits of marijuana legalization on Tuesday with a Republican congressman who ultimately conceded that medical cannabis should be federally legal and states should be empowered to set their own legalization policies.

But neither Rogan nor Rep. Dan Crenshaw (R-TX) mentioned the fact that he recently voted against a House amendment to shield state marijuana laws from federal interference and has not added his name as a cosponsor of several pending medical cannabis bills.

The congressman, a former Navy SEAL, didn’t rule out the possibility of coming around to endorsing adult-use legalization but voiced several concerns about the prospect, including underage usage, the lack of technology to detect impaired driving and reduced productivity.

“I can be convinced, but I’m not there yet,” he said on The Joe Rogan Experience podcast. “I’m definitely more open to just the federal legalization of medical marijuana and all the benefits that come with that. On the recreational side, I’m happy to leave that up to the states.”

Rogan emphasized that alcohol is federally legal despite risks to young people, but Crenshaw, an avowed scotch fan, said his “counter is simply this: the alcohol issue is out of the bag” and that we’re “never going to put that back in.”

“Don’t you have to drink way more scotch to get even close to the basic cognitive incoherence that you’d be with just one bite of a brownie?” Crenshaw asked.

“You would, but not me,” Rogan said. “I smoke pot all the time. I could have smoked pot before this podcast and had the exact same podcast. I could have had several hits. If I gave you several hits, you’d be obliterated.”

“On a personal level, I’m just not opposed to what you’re saying at all,” Crenshaw said. “From a policy level though I just look at things different.”

That stance is reflected in the freshman congressman’s record. Despite voicing support for medical cannabis and leaving recreational legalization up to the states, he’s declined to cosponsor any legislation on the former issue and proactively voted against an amendment to protect states that legalize marijuana for adult use from federal intervention.

(On another drug policy issue near and dear to Rogan that didn’t arise during the interview, Crenshaw also voted against an amendment from Rep. Alexandria Ocasio-Cortez (D-NY) that would have removed barriers to research on the benefits like psilocybin and MDMA.)

Crenshaw said his perspective wasn’t formed out of naivety and that he tried marijuana and didn’t like it. He also argued that cannabis “does reduce productivity I think more than alcohol does.”

“As a policymaker, I have to look at the whole situations. I see people like you and you’re like you’d be fine, why not?” he said. “But I do have to take into account the entirety of the situation and ask myself, ‘well, what is the benefit to society doing this?'”

Rogan said that marijuana facilitates community bonding and makes people happier—to which Crenshaw responded “I don’t know, I think alcohol is much more of a social lubricant—it definitely makes you meaner too—but I mean as far as getting along with people and interacting with human beings.”

“I’m not dying on this hill. I have questions, and those questions are unanswered,” he said, adding that the “bottom line is that’s a state decision” to legalize recreationally.

“As far as the battles that we should fight at the federal level, we’ve got to start with the medical side. I think the science is clear there,” he said.

“Another reason I’m a Republican is because I believe in somewhat slower policymaking too. These conversations have to play out in society and we don’t always need to solve the problem right away. I think the medical conversation is the one we should be fighting for. I think the recreational side is a few steps beyond that. We’ll get to know and we’ll know more.”

Later in the podcast, Crenshaw defended the broader war on drugs and argued that “you might feel like you’re losing all the time, but you’re mitigating” drug use through prohibition enforcement.