An activist-led medical marijuana initiative in Mississippi “stands a strong chance of passage” during the November election, according to a newly released poll that shows widespread bipartisan support for the policy change. And voters showed a significant preference for the campaign’s measure over a more restrictive, legislature-passed alternative that will appear alongside it on the ballot.

In general, 81 percent of respondents said they favor “allowing patients with medical conditions and serious illnesses to possess and consume marijuana if their doctors recommend it,” regardless about how they feel about the specific measure.

The support is bipartisan, with 89 percent of Democrats, 76 percent of Republicans and 82 percent of independents backing the proposal. 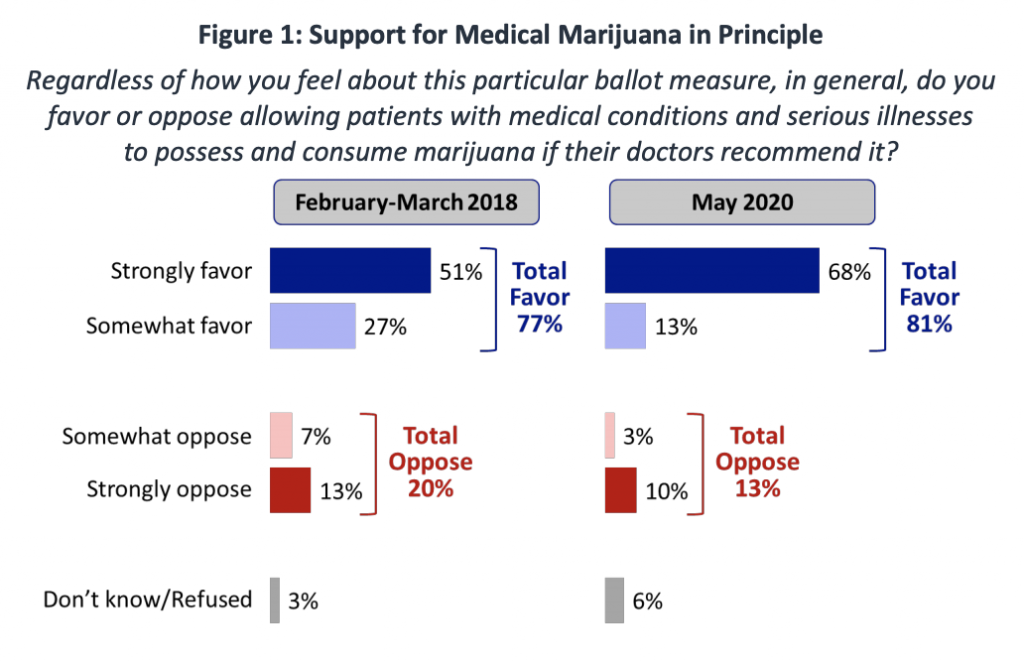 But importantly for the Mississippians for Compassionate Care campaign, the survey also shows that their initiative is significantly more popular than a competing medical cannabis alternative that was placed on the ballot through the legislature after the activist-driven measure qualified. Advocates suspect that lawmakers pursued their more limited version in an effort to confuse voters, splitting the vote and undermining their chances of passing.

Seventy-five percent of people in the poll said they would vote for either cannabis question on the ballot.

When both measures were described to respondents and they were asked to choose between them, however, 52 percent said they’d vote for the campaign’s version while only 23 percent picked the legislature-approved initiative. 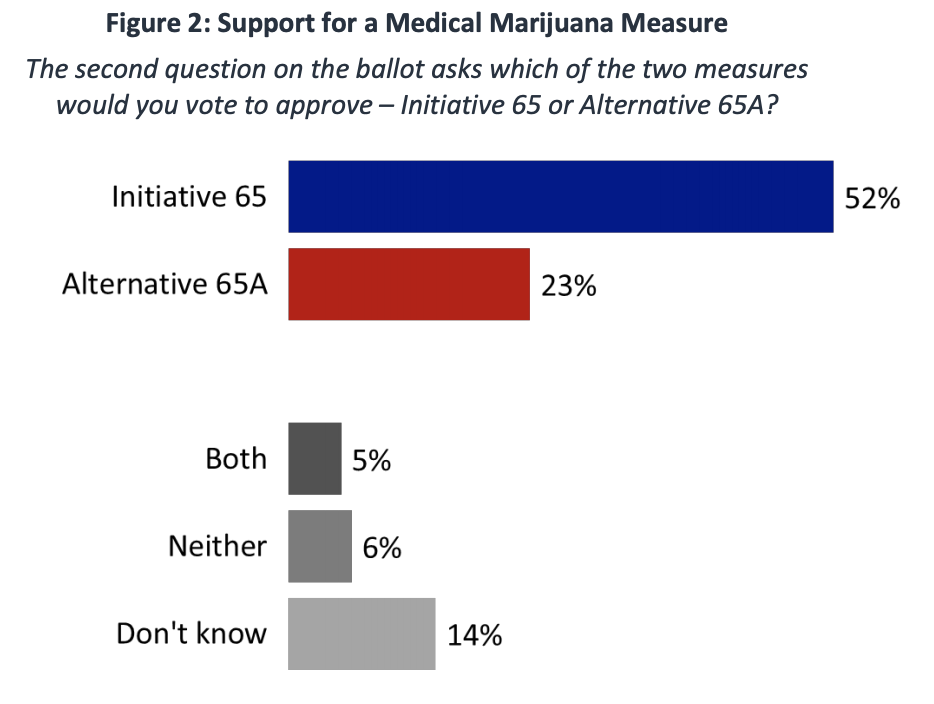 “In summary, INITIATIVE 65 stands a strong chance of passage in November 2020 in Mississippi,” a polling memo from FM3 Research, which conducted the survey, states. “There is substantial support for medical marijuana in principle, and voters clearly distinguish between INITIATIVE 65 and Alternative 65A.”

The memo does not include information about how the two ballot measures were described to voters, however. The poll involved 602 online and telephone interviews with likely Mississippi voters from May 24-31.

Initiative 65 would allow patients with debilitating medical issues to legally obtain marijuana after getting a doctor’s recommendation. The proposal includes 22 qualifying conditions such as cancer, chronic pain and post-traumatic stress disorder, and patients would be allowed to possess up to 2.5 ounces of marijuana per 14-day period.