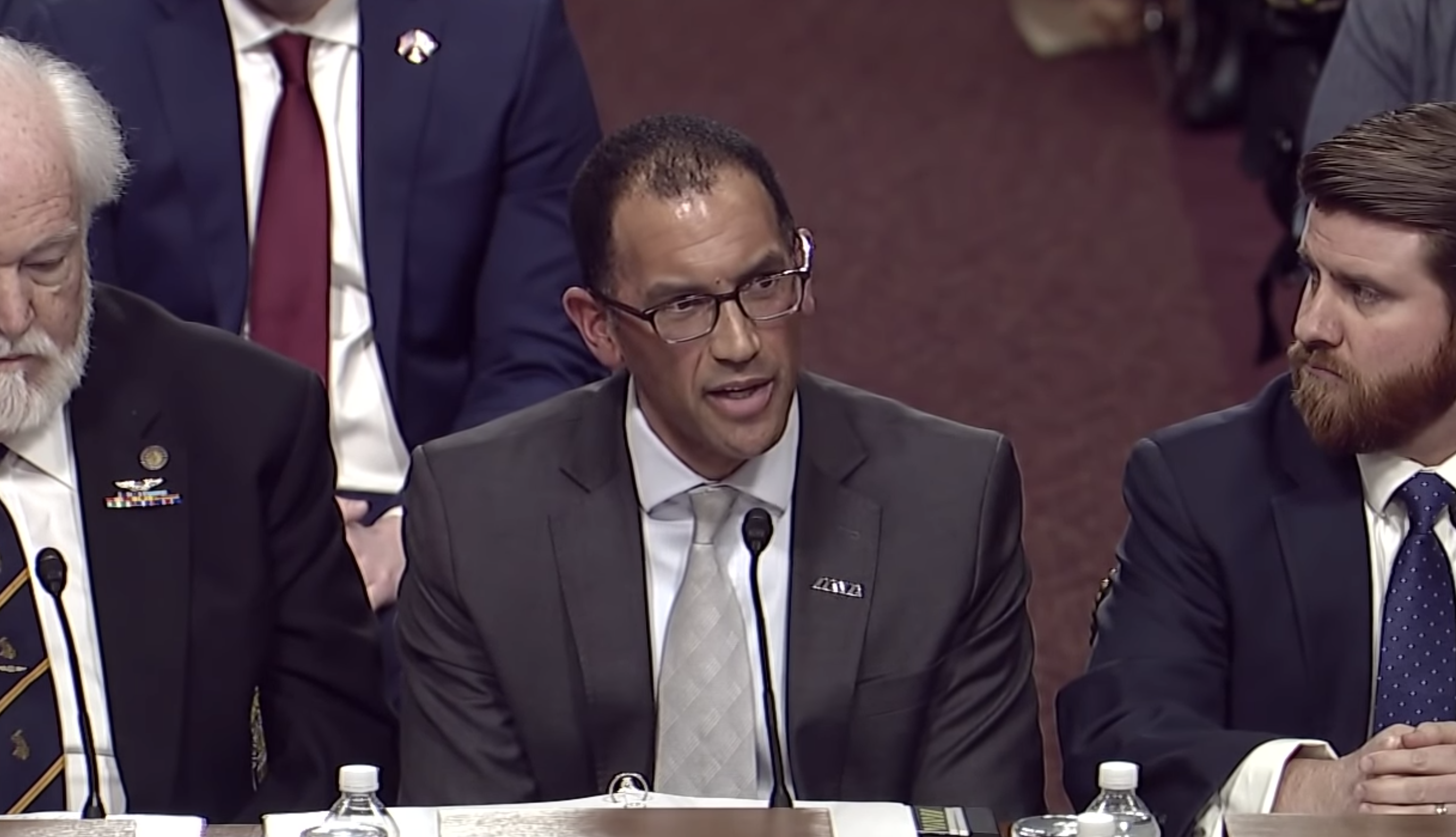 U.S. military veterans from diverse backgrounds have been testifying before Congress in recent weeks about the need to expand Department of Veterans Affairs (VA) research into medical marijuana’s benefits.

At a series of joint House and Senate Veterans’ Affairs Committee hearings, representatives of Disabled American Veterans (DAV), Veterans of Foreign Wars (VFW), Iraq and Afghanistan Veterans of America (IAVA) and other groups have discussed their legislative priorities for the 116th Congress—cannabis reform being one of them.

DAV included “Support VA research into the efficacy of cannabis for service-connected disabled veterans” as one of its asks in written testimony.

Vincent Lawrence, commander-in-chief of VFW, expanded on that position in his testimony to the committees.

He said that the prevalence of post-traumatic stress disorder (PTSD) and traumatic brain injury among veterans “have been thrust into the forefront of the medical community and the general public in large part due to suicides and overmedication of veterans.” But it also demonstrates the need for the VA to study the potential benefits of medical cannabis, he said.

“For veterans who use medical cannabis and are also VA patients, they are doing this without the medical understanding or proper guidance from their coordinators of care at VA,” he wrote. “This is not to say VA providers are opting to ignore this medical treatment, but that there is currently a lack of federal research and understanding of how medical marijuana may or may not treat certain illnesses and injuries, and the way it interacts with other drugs.”

But Lawrence pointed out that preliminary research shows that “states that have legalized medical cannabis have also seen a 15-35 percent decrease in opioid overdose and abuse.”

“There is currently substantial evidence from a comprehensive study by the National Academy of Sciences and the National Academic Press that concludes cannabinoids are effective for treating chronic pain, chemotherapy-induced nausea and vomiting, sleep disturbances related to obstructive sleep apnea, multiple sclerosis spasticity symptoms, and fibromyalgia –– all of which are prevalent in the veteran population,” he wrote.

Lawrence encouraged Congress to pass legislation that would “require VA to conduct a federally funded study with veteran participants for medical cannabis,” including veterans with PTSD, chronic pain and cancer.

A number of bills have already been filed in Congress this year that would achieve that goal. The VA Medicinal Cannabis Research Act specifically mandates that the VA conduct clinical trials on the effects of cannabis for conditions that commonly afflict veterans such as chronic pain and PTSD.

A prior version of that legislation became the first standalone marijuana bill ever to clear a congressional committee after the House Veterans’ Affairs Committee approved it last year, although it didn’t end up receiving a floor vote.

A separate version of similar legislation was subsequently filed by Rep. Phil Roe (R-TN), the ranking member on the House Committee on Veterans’ Affairs. He said at a recent hearing that the VA is “where [cannabis] should be studied.”

Watch Roe discuss medical cannabis, about 1:33:34 into the video below:

“Let’s find out the risks, the benefits, the black box warnings and so on,” the congressman said. “I could not agree more with you there.”

Rep. Conor Lamb (D-PA) spoke about the opioid crisis and the need to pursue alternative treatment options to prescription painkillers.

In response, the VFW representative talked about the VA cannabis research bill and agreed that “alternate forms of pain management are going to be key.” That said, “we certainly don’t want to put ourselves in a position where we have veterans utilizing cannabis or other means that haven’t had an opportunity to go through the study and research process.”

Watch Lamb and VFW discuss medical cannabis, about 1:16:09 into the video below:

At another committee hearing, IAVA advocated for medical cannabis research for veterans. Citing a survey of its members, Jeremy Butler, the group’s CEO, said that 80 percent of veterans support the legalization of cannabis for medical purposes “yet our national policies are outdated, research is lacking and stigma persists.”

“The use of medical cannabis has been growing in support by the veteran population for quite some time. For years, IAVA members have sounded off in support of researching medical cannabis for the wounds of war and legalizing medical cannabis,” Butler added in written testimony. “Veterans consistently and passionately have communicated that cannabis offers effective help in tackling some of the most pressing injuries we face when returning from war.”

Watch IAVA discuss medical cannabis, about 43:12 into the video below:

Another group that voiced support for the VA Medicinal Cannabis Research Act was the Blinded Veterans Association, which included the bipartisan bill in a list of legislation that the group backs in written testimony.