In the years since states started allowing patients to use medical marijuana, policymakers and researchers have repeatedly attempted to answer the question, “what happens to crime post-legalization?”

And to be sure, plenty of research has sought to resolve that question to date. But while several studies have shown significant reductions in violent and property crime in legal states, a new paper published in the Journal of Economic Behavior & Organization came to a different conclusion.

Researchers at Victoria University of Wellington and Harvard University found that medical marijuana laws essentially have a null effect of crime rates, with one big exception: A nearly 20 percent reduction in violent and property crimes in California following the legalization of medical cannabis there.

“We do not find evidence that medical marijuana laws consistently affect violent and property crimes.”

Most studies exploring the relationship between marijuana laws and crime rely on data from Uniform Crime Reports (UCR), which contain information about crimes provided by police departments to the FBI. The problem, according to the researchers, is that the system is voluntary, so not all departments regularly submit that information.

This study also uses UCR data from 1988 to to 2013, but in order to adjust for potential discrepancies in crime data, the researchers also analyzed agency-level data from police departments in cities with at least 50,000 residents.

“We found that these decisions matter,” the team wrote. “The specification of the city-specific trend changes the estimated effects on violent crime.”

The study was complemented by an analysis of synthetic control groups. And if you take a look at these charts, you’ll find that violent and property crime rates in the control groups and “treated” (i.e. medical marijuana jurisdictions) followed roughly the same trend. 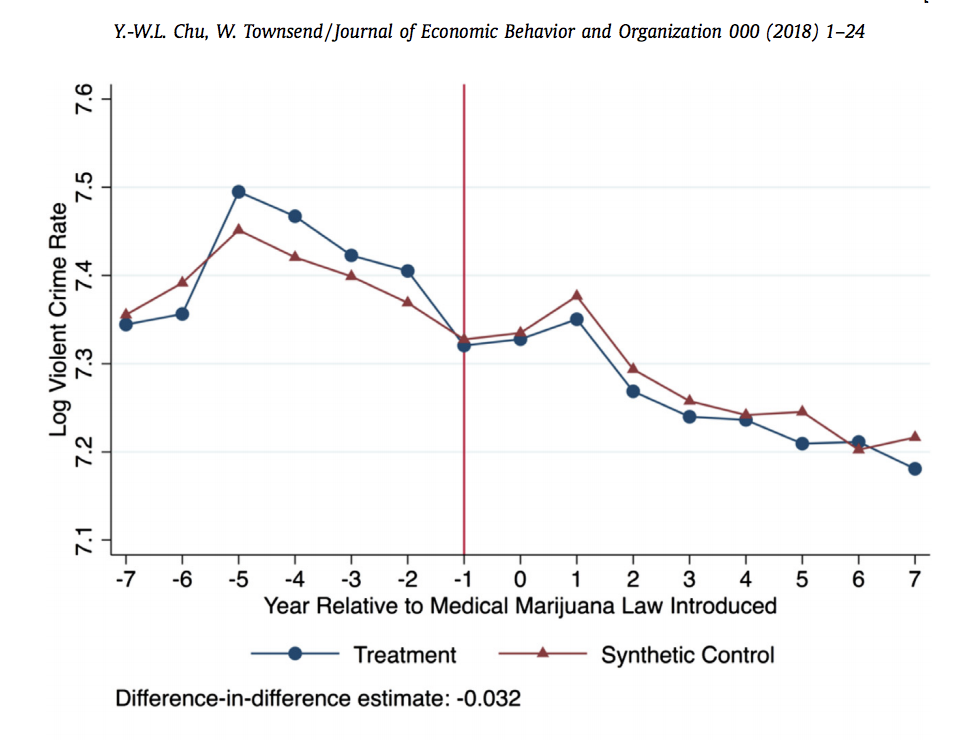 Via the Journal of Economic Behavior & Organization. 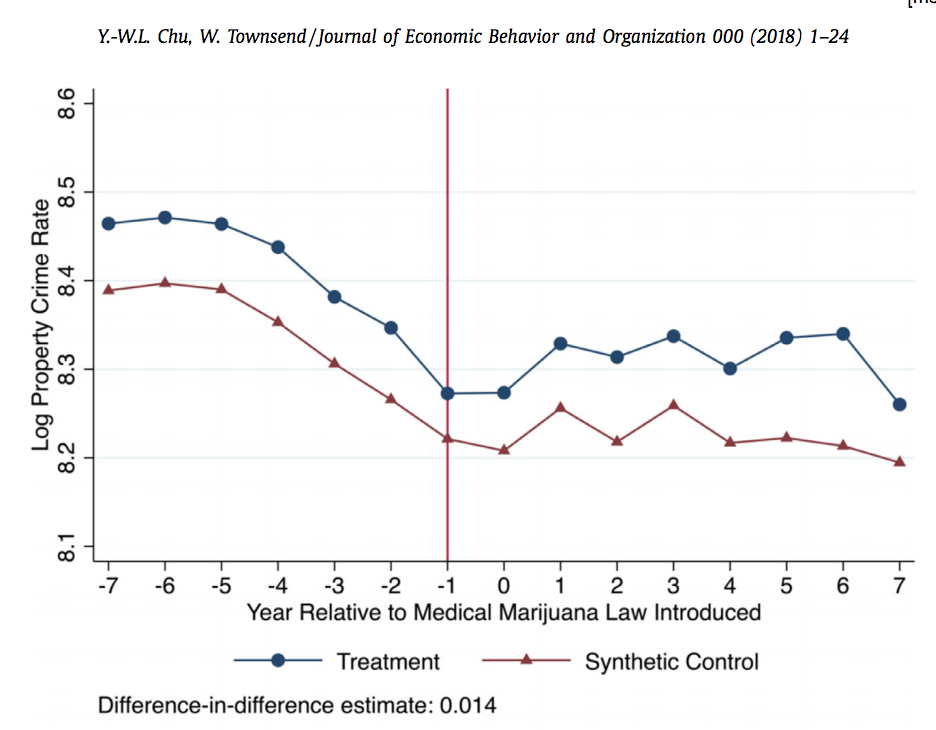 Via the Journal of Economic Behavior & Organization

The researchers emphasized that their results showed statistically insignificant changes in crime post-legalization—a 3.7 percent decrease in violent crime and a 1.5 percent increase in property crime.

But at the state-level, there was one outlier: California.

For reasons that aren’t entirely clear, in California, “both violent and property crimes decrease by around 20 percent after the enactment of a medical marijuana law,” according to the study. “Overall, our findings suggest no strong causal relationship between medical marijuana laws and criminality.”