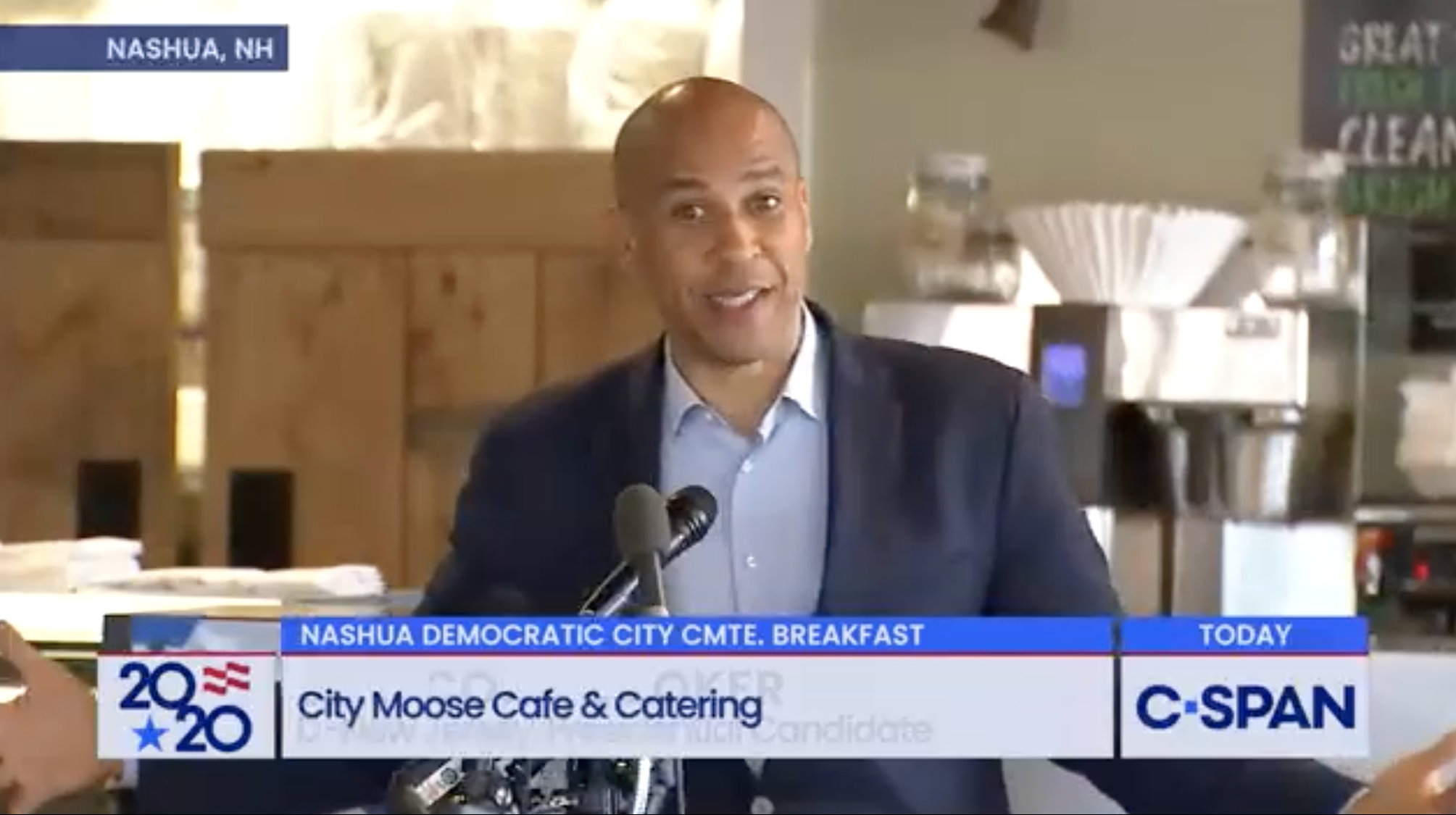 Sen. Cory Booker (D-NJ) joked on Sunday that fries from fast food joints should be made federally controlled substances while marijuana should be descheduled.

At a campaign event in New Hampshire, the 2020 Democratic presidential candidate shared an anecdote about visiting a Burger King in his home town of Newark where he loaded up on vegan burgers and fries. He made the cannabis quip while making a broader point about leadership.

The senator might not have filed legislation to federally restrict junk food, but he is the sponsor of a bill to remove cannabis from the Controlled Substances Act. His proposal would also penalize states that carry out marijuana enforcement in a discriminatory manner.

And while his comparison was meant to be lighthearted, he has made it clear that he doesn’t consider marijuana reform a laughing matter. Simply legalizing cannabis isn’t enough, he’s said, and he is no longer cosponsoring reform legislation if it doesn’t include provisions meant to promote social equity and restorative justice.

He also seemed to call out Sen. Kamala Harris (D-CA), another contender for the Democratic presidential nomination, after she made light of her past marijuana use during a radio appearance. Booker said while candidates “talk about their marijuana use almost as if it’s funny,” there are still “more arrests for marijuana possession in this country than all the violent crime arrests combined.”

Booker went on to talk about how he encountered a homeless person outside of the Burger King, offered him the fries and then watched as his security detail took off his socks to give to the man.

“Let me tell you, I’m a United States senator. I’m the guy who talks about love and compassion and decency,” he said. “I’m three blocks from my home where I have socks my mom gave me for Christmas that I haven’t opened yet, but I didn’t think to take the socks from my shoes. I tell you this to say simply this, this election is not about him. It’s about us.”