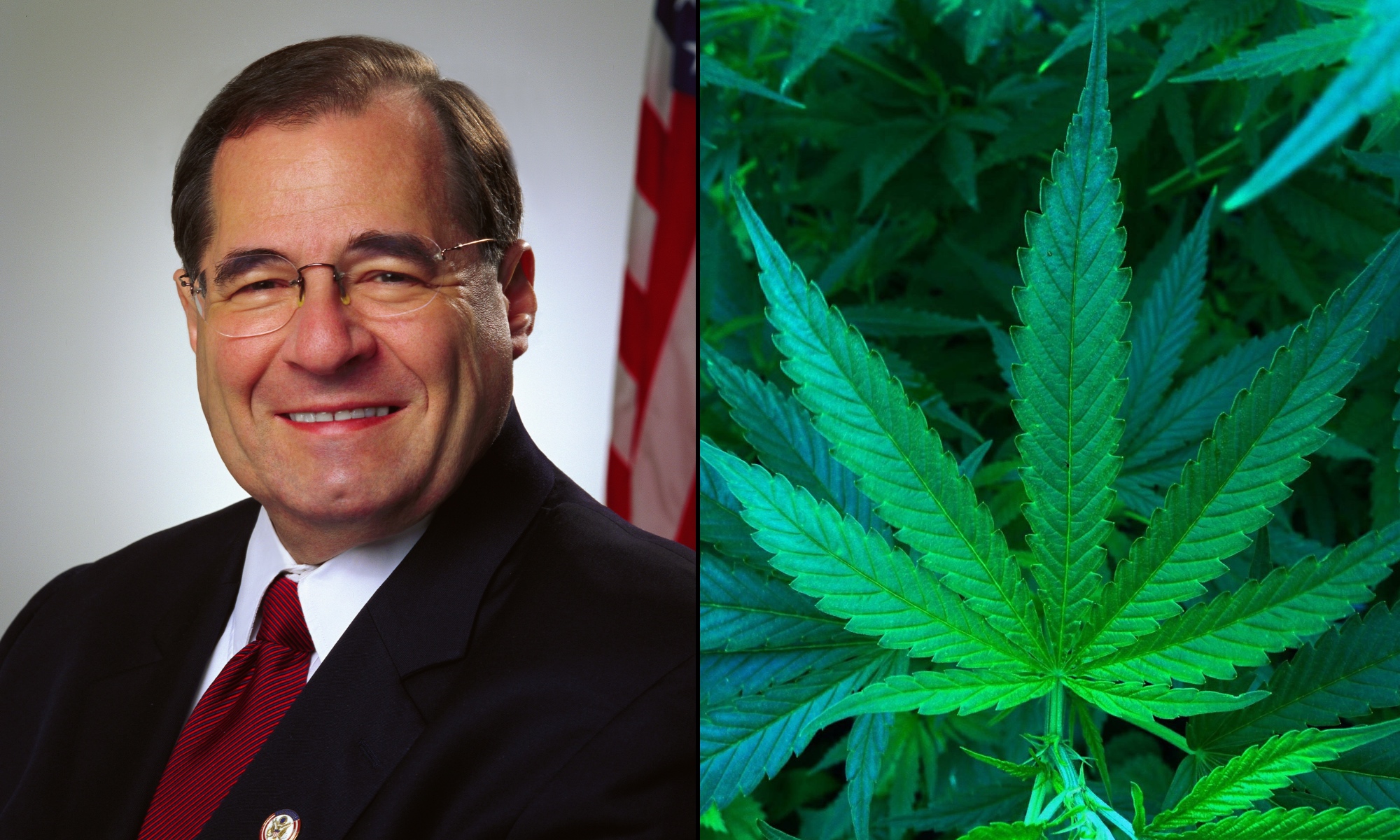 The chairman of the House Judiciary Committee, which oversees federal drug policy and enforcement, is pledging that a vote on marijuana banking legislation on Wednesday will only be the first step in a broader push to more fundamentally transform federal cannabis policy.

“The House is expected to consider the SAFE Banking Act on the floor tomorrow and I will vote for it,” Rep. Jerrold Nadler (D-NY) wrote in statement tweeted out by his panel on Tuesday. “This bill will address one of the many serious problems that results from the criminalization of marijuana at the federal level.”

Nadler’s statement of support for the financial services bill comes amid a dispute among legalization advocates, some of whom think the vote will bolster broader reform efforts while others are worried that the incremental change could take the wind out of the sails of more far-reaching efforts to end federal marijuana prohibition.

The advocates who want more transformative reforms to move first have focused on a bill Nadler filed this summer, the Marijuana Opportunity Reinvestment and Expungement (MORE) Act, which would remove cannabis from the Controlled Substances Act and take steps to begin repairing the harms of the war on drugs.

“As the sponsor of the MORE Act, I also strongly support additional marijuana reform – to deschedule marijuana federally and to provide critical assistance and relief to individuals and communities that have been disproportionally impacted by the racially biased war on drugs,” Nadler said in the new statement. “I am therefore committed to marking up this bill and look forward to working with reform advocates and my colleagues in this important effort going forward.”

The chairman didn’t lay out any timetable, even a vague one, for scheduling a vote on the legislation in his committee, which has been focused on gun policy reform and impeachment proceedings in recent weeks.

Still, his clear commitment to move the legislation was welcomed by advocates as a sign that Congress intends to push forward with marijuana reform after the narrow banking issue is handled.

“After the disappointing decision to move the banking bill, it’s good to see the Chairman make this commitment,” Queen Adesuyi, policy coordinator at the Drug Policy Alliance’s (DPA) Office of National Affairs, said. “We hope we can nail down a date soon, and hear similar public commitments from leadership.”

The Leadership Conference on Civil and Human Rights, which with DPA sent a letter last week urging House leaders to delay the banking vote until broader reform is passed, also praised Nadler’s statement.

“We look forward to working with him until this legislation is signed into law,” the organization tweeted.

It is critically important that Chairman @RepJerryNadler has committed to moving the Marijuana Opportunity Reinvestment and Expungement (MORE) Act through the @HouseJudiciary Committee.

We look forward to working with him until this legislation is signed into law. #WeDeserveMORE https://t.co/YJHfSN2Moj

“This public commitment by Chairman Nadler reflects the growing consensus in the House of Representatives to end the failed policy of prohibition,” NORML Political Director Justin Strekal told Marijuana Moment. “The next step? Committee mark-up. And we could not be more excited.”