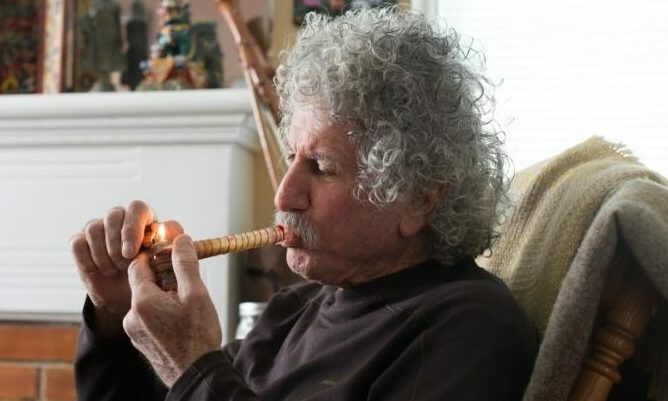 A Hawaii Senate committee on Monday approved a bill to make it so people 65 and older can automatically qualify for medical marijuana, regardless of whether they have a diagnosed condition that would otherwise make them eligible.

Critics at state agencies say this effectively amounts to legalizing recreational cannabis for the older population without creating a broader regulated adult-use market like the ones that exist in other states.

The bill cleared the Senate Health Committee unanimously 3-0, with two members absent from the vote. This action came days after that the panel advanced separate legislation related to establishing a working group to study the therapeutic potential of psilocybin mushrooms.

The text of the marijuana proposal, which was slightly amended by the panel prior to passage, first discusses the wide range of conditions like chronic pain that studies indicate cannabis can help treat. It says that medical marijuana has “been demonstrated to positively help with these often-recurring health issues, resulting in a better quality of life.”

“The legislature further finds that such conditions have been broadly exacerbated by the pandemic, economic instability, and increasing uncertainty in recent years,” it says. “Accordingly, the purpose of this Act is to make it easier for senior citizens to access the state medical cannabis program.”

The bill would make a simple statutory change to the state’s existing medical marijuana law. As it stands, only patients diagnosed “as having a debilitating medical condition” by a doctor qualify for the program. That would be expanded to also include anyone “who has reached the age of sixty-five.”

Meanwhile, Hawaii isn’t the U.S. jurisdiction where lawmakers are trying to make it easier for senior citizens to access cannabis. The mayor of D.C. signed a bill this week that allows senior citizens to self-certify their own eligibility for cannabis without having to get a recommendation from a doctor.

In written testimony that was submitted to the panel last week, the office said there were some problems with the draft language. First, it said there was a technical issue with statutory language that would, inadvertently, “completely prohibit senior citizens from using medical cannabis.” Adding a simple clause would fix that problem, it said.

“However, even with this change, this bill presents problems,” the attorney general’s office said. “The amendment would exempt anyone 65 or older, as well as the person’s primary caregiver, from the requirement that a qualified patient only possess an adequate supply.”

The committee agreed to make the language fix, specify that people 65 and older would be subject to the same possession limits as any other patient and also defer the effective date of the bill to January 1, 2050—a common legislative practice in Hawaii signaling that the measure will continue to be discussed and revised. The panel made the same timeline decision for the psilocybin legislation that advanced last week.

The attorney general’s testimony also criticized the bill more broadly, saying it gives “no rationale is given for allowing all senior citizens access to cannabis, regardless of their medical condition.”

“Without that rationale, an argument can be made that expanding medical cannabis access to all senior citizens, and removing possession restrictions, effectively legalizes recreational cannabis only for those of a certain age,” it said.

The state Department of Health made a similar argument in its testimony opposing the reform proposal. It said that the legislation “places an adult-use program under the guise of medical cannabis and could jeopardize the medical cannabis program by exposing it to federal scrutiny.”

The state legislature adopted a resolution last year that asks the state to seek an exemption from the Drug Enforcement Administration (DEA) stipulating that it is permitted to run its medical cannabis program without federal interference. The House approved an identical measure in March 2021, but it only applied to that chamber.

A Senate-approved bill to legalize marijuana in Hawaii died last year when it failed to proceed past a House committee by a key deadline.

In 2020, Gov. David Ige (D) allowed a bill to become law without his signature that decriminalized possession of up to three grams of cannabis. People who possess three grams or less now face a $130 fine, without the possibility of incarceration.

Ige was reluctant to let the decriminalization bill advance, describing it as “a very tough call” and saying he went “back and forth” on the issue before deciding to allow it to be enacted. Any further reform will likely face an uphill battle with the governor, who’s expressed concerns about implementing policies that he sees as conflicting with federal law.