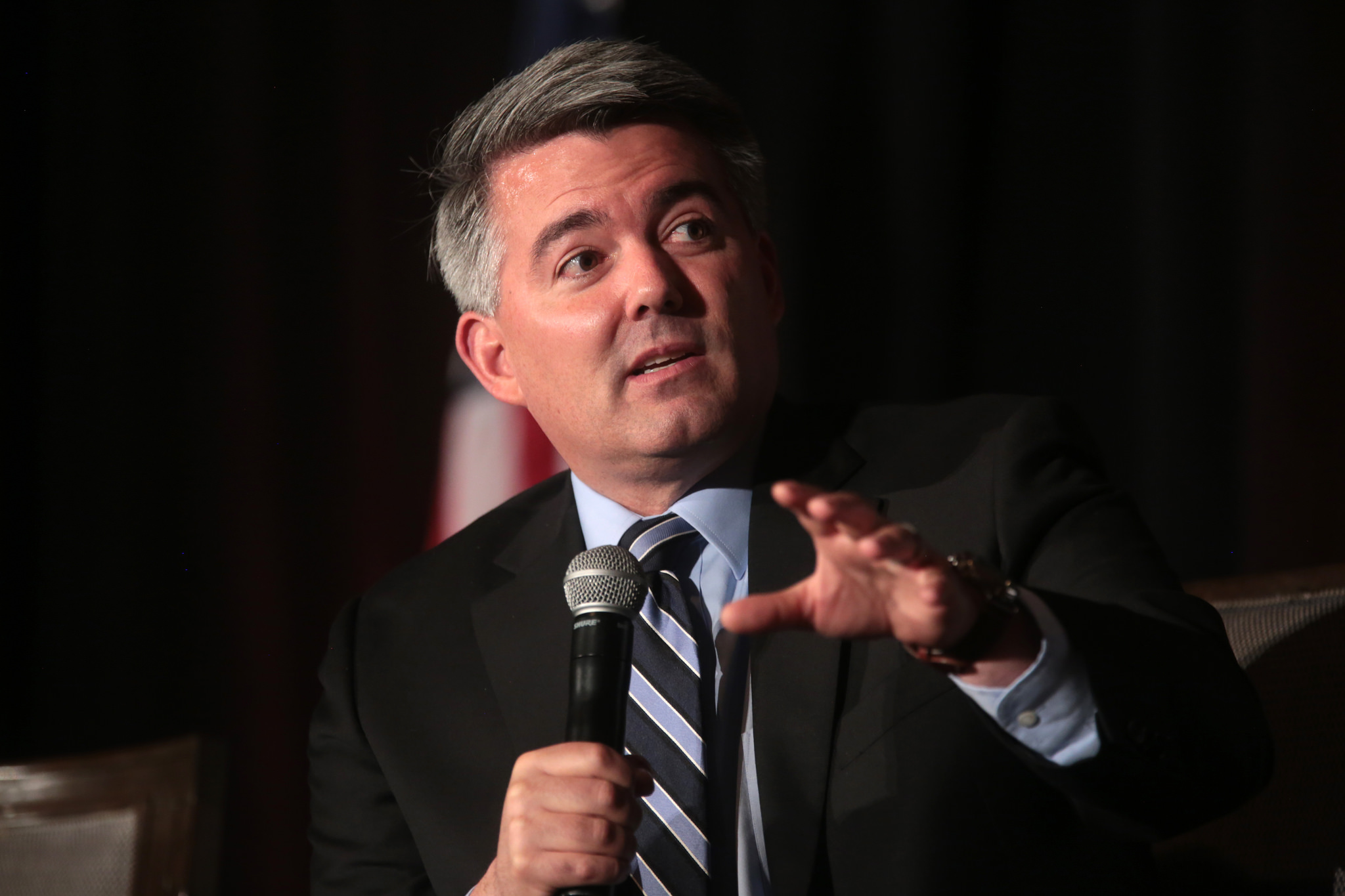 When criminal justice reform legislation comes to the Senate floor for a vote next week, a key member of the body’s Republican leadership team will seek to attach a far-reaching amendment to end federal cannabis prohibition, Marijuana Moment has learned.

Sen. Cory Gardner (R-CO), the lead GOP cosponsor of standalone legislation to allow states to implement their own marijuana laws without federal interference, plans to file the text of that bill as an amendment to the prison and sentencing reform bill, three cannabis and drug policy lobbyists said.

Gardner’s standalone bill, the Strengthening the Tenth Amendment Through Entrusting States Act (STATES Act) which he filed in June with Sen. Elizabeth Warren (D-MA) and a bipartisan group of cosponsors, has received verbal support from President Trump. The proposal would exempt state-legal marijuana activity from the federal Controlled Substances Act.

It is unclear if Gardner’s amendment will actually receive a Senate floor vote and, if so, could garner enough support in the body to pass.

Other lobbyists expressed skepticism about the move, which could inject greater contention into an already tenuous criminal justice reform effort that only just days ago received a go-ahead from a reluctant Senate Majority Leader Mitch McConnell (R-KY).

Calling the broader legislation a “finely crafted deal that’s been months in the making,” Drug Policy Alliance Director of National Affairs Michael Colins said, “I can’t see a situation where they’re going to add something like marijuana reform—a bill that hasn’t even had a hearing.”

“That’s certainly not the type of amendment that will be getting into the final bill, though I’m glad that Senator Gardner is trying to move the ball on this.”

Another marijuana lobbyist, who requested anonymity to weigh in candidly, criticized Gardner for  “grandstanding” on cannabis issues without an actual plan to enact reform.

“It’s frustrating that the senator waited until beyond the 11th hour to grandstand when this could gave been addressed at an earlier date,” the lobbyist told Marijuana Moment, saying that the Colorado senator’s move is  “similar to his rhetoric surrounding the tax reform bill.”

Earlier this year, Gardner made somewhat of a push to attach an amendment to pull back the reach of a federal provision that prevents state-legal cannabis businesses from deducting some expenses from their taxes. But it was never brought to a vote or debated on the Senate floor, a situation that frustrated some advocates who saw Gardner generating good headlines for himself without, in their view, actually cashing in political capital with leadership to make a vote happen.

But Levine, of the Cannabis Trade Federation, called that analysis “completely 100 percent false speculation,” pointing to the fact that Gardner stood up for marijuana reform by placing a hold on Justice Department nominees earlier this year in protest of then-U.S. Attorney General Jeff Sessions’s rescission of Obama-era protections for state legalization laws.

“I’ve been working on this issue since early 2003 and no one to my memory in the U.S. Senate has ever put their neck on the line like Senator Gardner has for us,” he said.

Gardner only released the nominations hold after getting a verbal commitment from President Trump to back marijuana reform legislation, which he did publicly in June.

Levine also gave Gardner credit for filing cannabis amendments at all when other senators aren’t, a process he said helps to build support for eventually passing marijuana legislation.

“This proves beyond a shadow of a doubt that this is a very important piece of legislation for Senator Gardner,” he said, of the new amendment. “He’s committed to doing whatever he can to pass it into law, whether in the lame duck session or in the next Congress.”

Gardner’s staff did not respond to Marijuana Moment’s request for comment prior to time of publication.

The Senate is expected to vote on the the criminal justice bill and consider amendments next week.