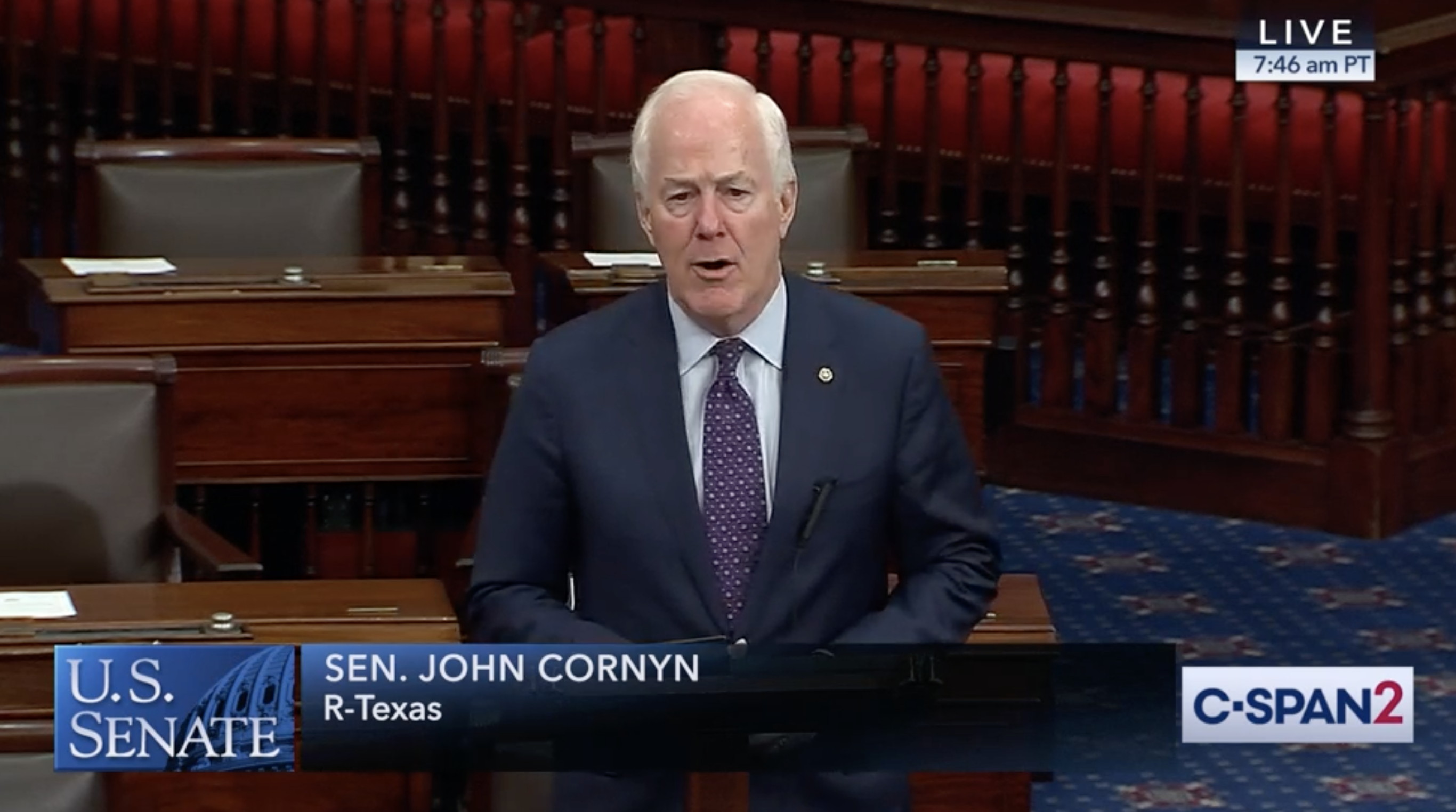 Sen. John Cornyn (R-TX) said on Tuesday that claims about the therapeutic potential of marijuana remind him of decades-old tobacco industry advertisements asserting that the product had medical benefits.

In a speech on the Senate floor, Cornyn discussed a hearing that the International Narcotics Control Caucus, which he co-chairs, will hold on Wednesday to explore the public health impacts of cannabis. He said it was especially important to hear from experts about the subject as more states legalize marijuana and members of Congress, as well as Democratic presidential candidates, push to end federal prohibition.

Senate Hearing To Focus On Marijuana And Health This Week – https://t.co/aPZczm3X75

The senator made clear he’s skeptical about marijuana’s health benefits.

“There’s no shortage of people who claim that marijuana has endless health benefits and can help patients struggling from everything from epilepsy to anxiety to cancer treatments,” he said. “This reminds me of some of the advertising we saw from the tobacco industry years ago where they actually claimed public health benefits from smoking tobacco, which we know as a matter of fact were false and that tobacco contains nicotine, an addictive drug, and is implicated with cancers of different kinds.”

“We’re hearing a lot of the same happy talk with regard to marijuana and none of the facts that we need to understand about the public health impact of marijuana use,” he said.

While Cornyn recognized there’s significant support for cannabis reform, he said that ” for the number of voices in support of legalization, there are even more unanswered questions about both the short- and long-term public health effects.”

He expressed concern about increased levels of THC concentration in cannabis products and stated that it’s “true that for some people that marijuana can indeed be addictive.”

“There’s simply a lack of scientific evidence to determine the link between marijuana and various health risks, and that’s something I would think Congress and the American people would want to know before we proceed further down this path,” Cornyn said. “We don’t know enough about how this could impair cognitive function or capacity or increase the risk of mental illness or perhaps serve as a gateway for other drugs that are even more damaging to the health of a young person.”

The senator made similar remarks during a conversation with a former White House drug czar in August. He said it was important to address the public health impacts of cannabis before moving forward with legislation that would protect banks that service marijuana businesses from being penalized by federal regulators.

“With increasing use and a growing number of states giving the green light for marijuana use, we need better answers,” he said.

The surgeon general and the director of the National Institute on Drug Abuse, along with several academics, are scheduled to testify at Wednesday’s hearing.

Senate Hearing To Focus On Marijuana And Health This Week