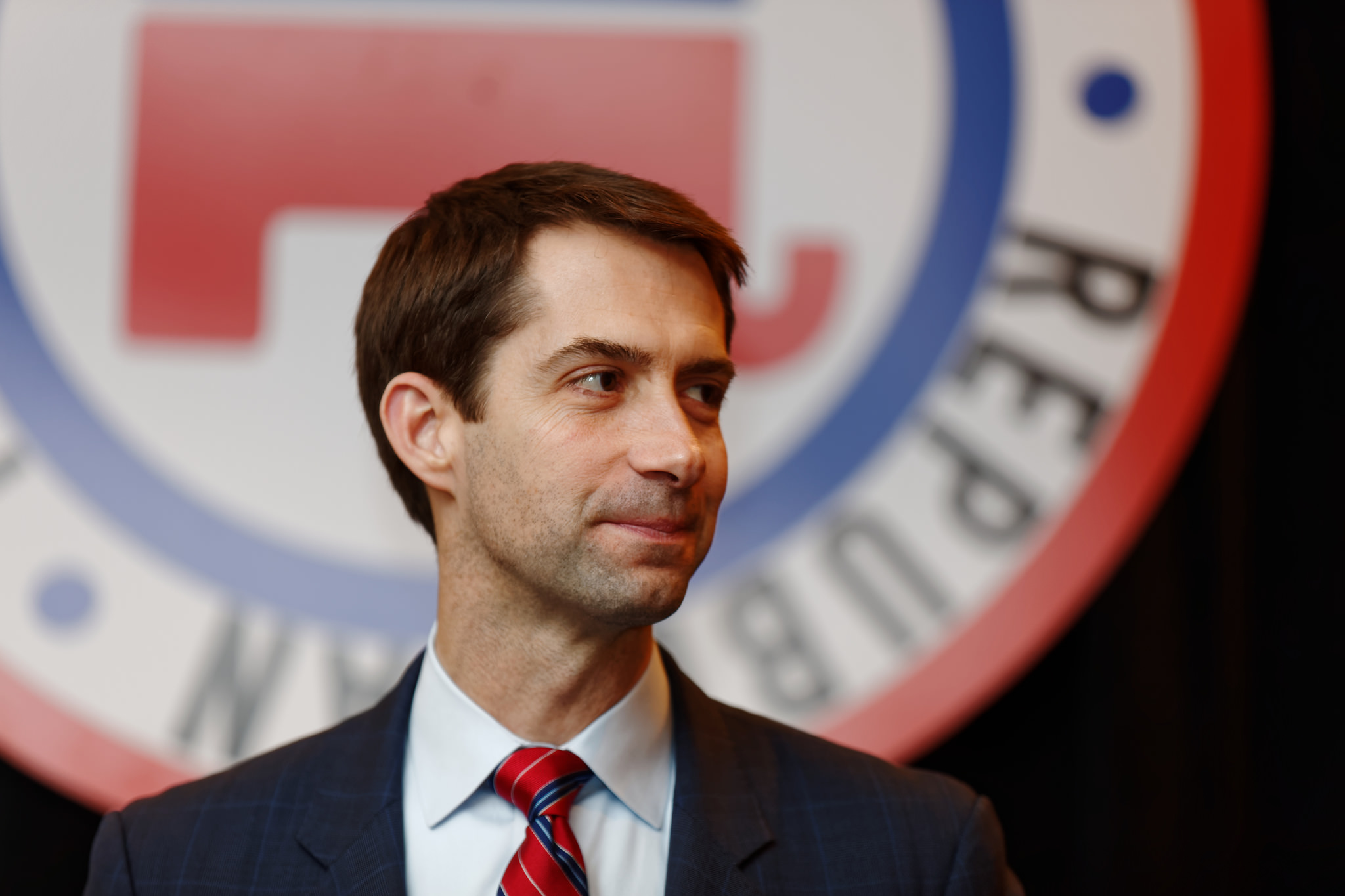 A Republican U.S. senator from Arkansas thinks that states like his own should be able to implement medical marijuana laws, but he’s not in favor of changing federal policy so that they can actually do so without Justice Department interference.

“I think right now what we’re seeing across the states is exactly what our federalist system is designed to do, to allow the states to experiment and see what may work and what doesn’t work,” Sen. Tom Cotton said.

But he added, “I don’t think we should, in Congress, change the laws that would essentially not just decriminalize or even legalize marijuana but allow it to be commercialized because of all of the negative side effects that would have.”

Under current federal law, marijuana is illegal whether or not a state allows it in some form. The only thing preventing the Department of Justice from arresting and prosecuting patients and providers is a temporary rider in funding legislation that must be renewed annually.

Arkansas voters approved a medical cannabis ballot measure in 2016 that is still in the process of being implemented. It allows commercial sales of marijuana to qualified patients through dispensaries.

Cotton said he doesn’t think the federal government will try to prevent implementation of local medical cannabis policies like the one in his state.

“I don’t anticipate the Department of Justice will take steps to interfere with states like Arkansas that have taken the somewhat modest, restrained step of adopting a medical marijuana program that is going to be very tightly regulated,” he said.

But U.S. Attorney General Jeff Sessions moved in January to rescind Obama-era guidance that has allowed states to enact their own marijuana laws without federal interference, and he asked congressional leaders not to extend the budget rider that protects local medical cannabis policies.

He also said that while he “respect that decision that the voters of Arkansas have made” to allow medical cannabis, he has deep reservations about broader recreational legalization.

“It’s a state decision, which is the decision that the people of Arkansas made in a referendum a couple of years ago, but also there’s a real difference between saying an adult who is addicted to opioids or maybe has advanced cancer and wants to use marijuana for pain management. That’s a very different decision from saying we’re going to commercialize marijuana and make it easily available to teenagers where the science shows it can have very detrimental effects on that. I do worry about that impact on our communities.”

“Now for those states that legalized and commercialized marijuana, I can’t speak to what will happen in those states. I think that would be an unwise step to take for Arkansas’s kids and families and communities,” he said.

Here’s Where You Can Tell Trump To Support Marijuana Rescheduling