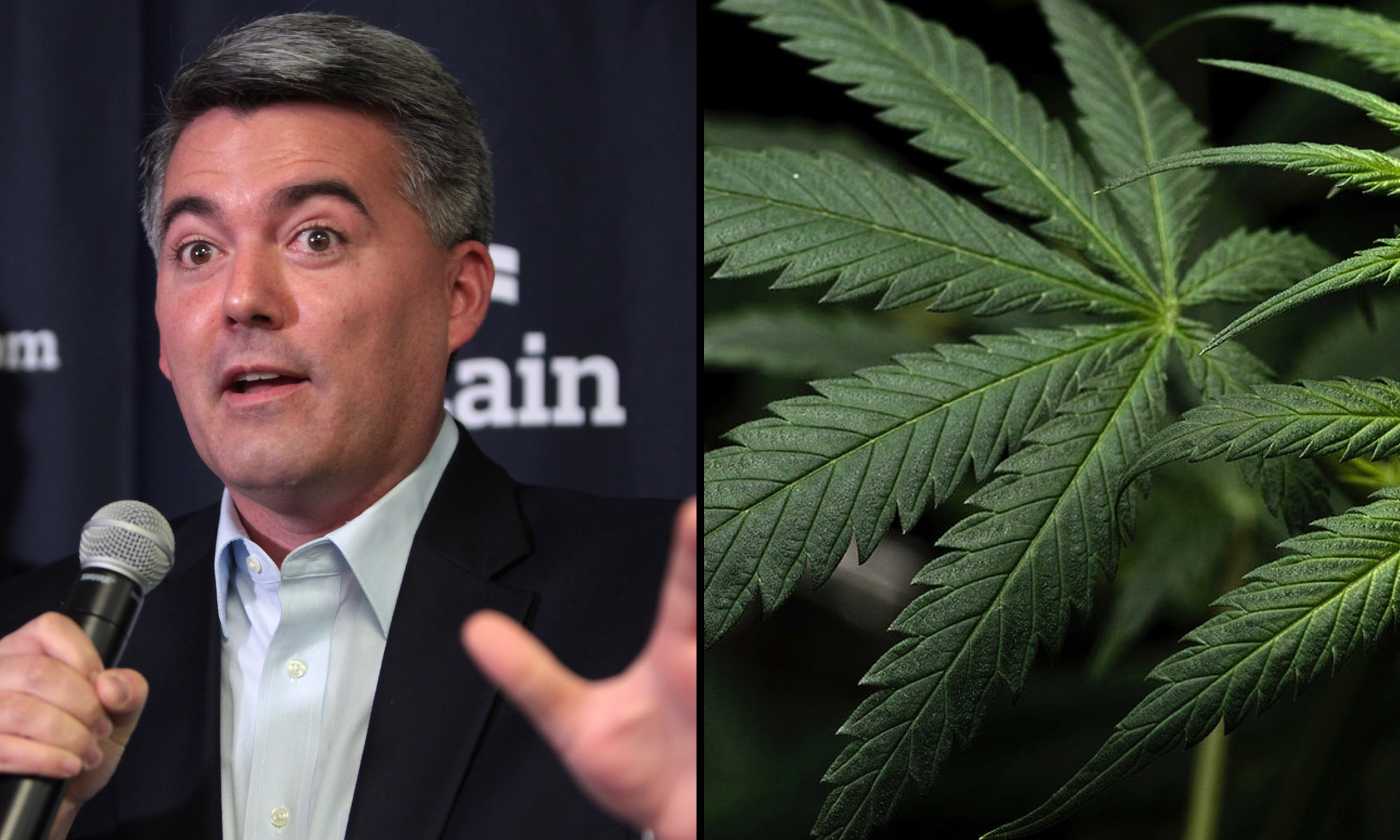 Sen. Cory Gardner (R-CO) sought unanimous consent of the body to amend the prison and sentencing reform bill being considered by Congress this week by adding provisions to protect people who are acting in compliance with state cannabis laws from federal criminalization.

But Sen. Charles Grassley (R-IA) objected, stopping the measure dead in its tracks without a formal roll call vote.

Following the procedural defeat, Gardner took to the floor for a roughly 10-minute speech in which he pointed to problems caused by the gulf between ongoing federal marijuana prohibition and the growing number of states that allow cannabis for medical or recreational use.

“It’s hard to think about federal criminal justice reform without thinking about the biggest problem that federal criminal law creates for Colorado: the refusal to respect the will of Coloradans when it comes to their decision on marijuana.,” he said. “Every day, Coloradans of good faith follow Colorado law to a tee but they are still criminals in the eyes of the federal government.”

“You shouldn’t go to federal prison for following state law. That in its essence is sentencing reform.”

Over 95% of the US population lives in a state where some form of marijuana is legal. This isn’t a fluke, the American people have spoken and this is happening. My amendment to the First Step Act has been blocked, but I will not give up this fight.https://t.co/knL8kgnkOl pic.twitter.com/wQDAx9AONZ

Grassley, for his part, said Gardner’s amendment amounted to a “backdoor to legalization” and is “inconsistent with current federal law and allows states the right to break existing law.”

The outing Judiciary Committee chairman and longtime marijuana opponent said the amendment’s effect of allowing cannabis businesses to access banks would be “inappropriate to consider in the context of a criminal justice reform bill.”

Grassley did, however, concede that Gardner “worked hard on this and he may be ahead of the time when there will be a real debate on this.”

“Maybe there will be, at that point, an opportunity to consider his approach as something lesser than the legalization of marijuana generally,” he said.

The amendment Gardner sought to attach to the criminal justice reform bill, which mirrors a standalone bill he and Sen. Elizabeth Warren (D-MA) filed earlier this year, would have exempted state-legal marijuana activity from the Federal Controlled Substances Act.

Gardner said in an interview with Cheddar in advance of the floor action on his amendment that he had another conversation with Trump about the proposal on Tuesday.

“I just spoke with the president again,” he said. “He supports this effort. He would sign this bill if it were to come before him on his desk.”

Watch Gardner and Grassley debate the cannabis amendment below:

Earlier on Tuesday, Gardner all but conceded that the push to attach marijuana language to the sentencing and prison reform bill would not succeed.

“I think we’re probably going to be blocked today by people who don’t want to have this voted on,” he told Cheddar. “They can use a procedure in the Senate to block our effort to offer the amendment, which is too bad because it does have, I believe, majority support in the U.S. Senate.”

.@SenCoryGardner (R-CO) has introduced an amendment to the criminal justice reform bill that would protect a state’s right to legalize marijuana and determine how it’s regulated within its borders. #CheddarLIVE pic.twitter.com/8g94cyvvS1

Over the past week, several advocates had expressed skepticism that Gardner would be able to successfully insert his marijuana language into the criminal justice bill, which has been advancing under an already tenuous bipartisan agreement.

But they are hopeful that 2019 will provide more opportunities to advance the STATES Act or similar cannabis reform legislation.

“The hundreds of thousands of Americans working in the state-legal cannabis industry deeply appreciate Sen. Gardner’s leadership, and we look forward to working with all of our sponsors to pass the STATES Act into law during the next Congress,” Neal Levine of the Cannabis Trade Federation told Marijuana Moment.

This story has been updated to include video of and additional quotes from Gardner’s remarks, and to note that the senator spoke with President Trump about marijuana on Tuesday.