Democrats on the congressional Joint Economic Committee published a report on Tuesday highlighting the “economic benefits of legalized cannabis at the state and national levels.”

Titled, “The National Cannabis Economy,” the report finds that the marijuana industry brought in more than $8 billion in sales in 2017, with sales estimated to reach $11 billion this year and expected to soar to $23 billion by 2022.

The document also attempts to tabulate the number of cannabis businesses in legalized states and the amount of tax revenue they are generating. 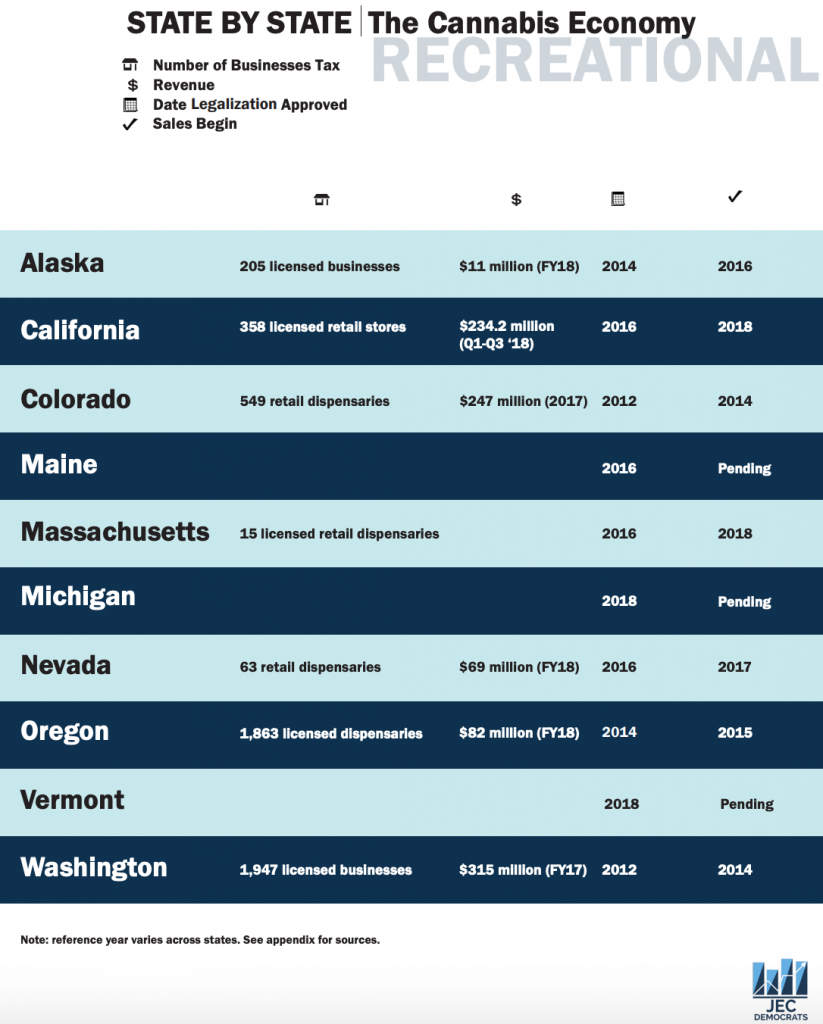 “It’s time we legalize marijuana, but at the minimum, we must reduce the conflicts between federal and state laws so that the industry can continue to create jobs and bolster state economies,” Senator Martin Heinrich, (D-NM), the ranking member of the bicameral congressional panel, said in a press release. “This conflict hurts small businesses and constrains the economic benefits of legal cannabis—an industry that is estimated to reach $11 billion in sales this year and $23 billion by 2022. But in order to realize the benefits, we must act on legislation such as the STATES Act to help these businesses thrive.”

As more states legalize #cannabis, new streams of revenue and jobs are opening up. To reap the benefits, policymakers must address the conflict between state & federal laws. https://t.co/xfzTWhpYnl