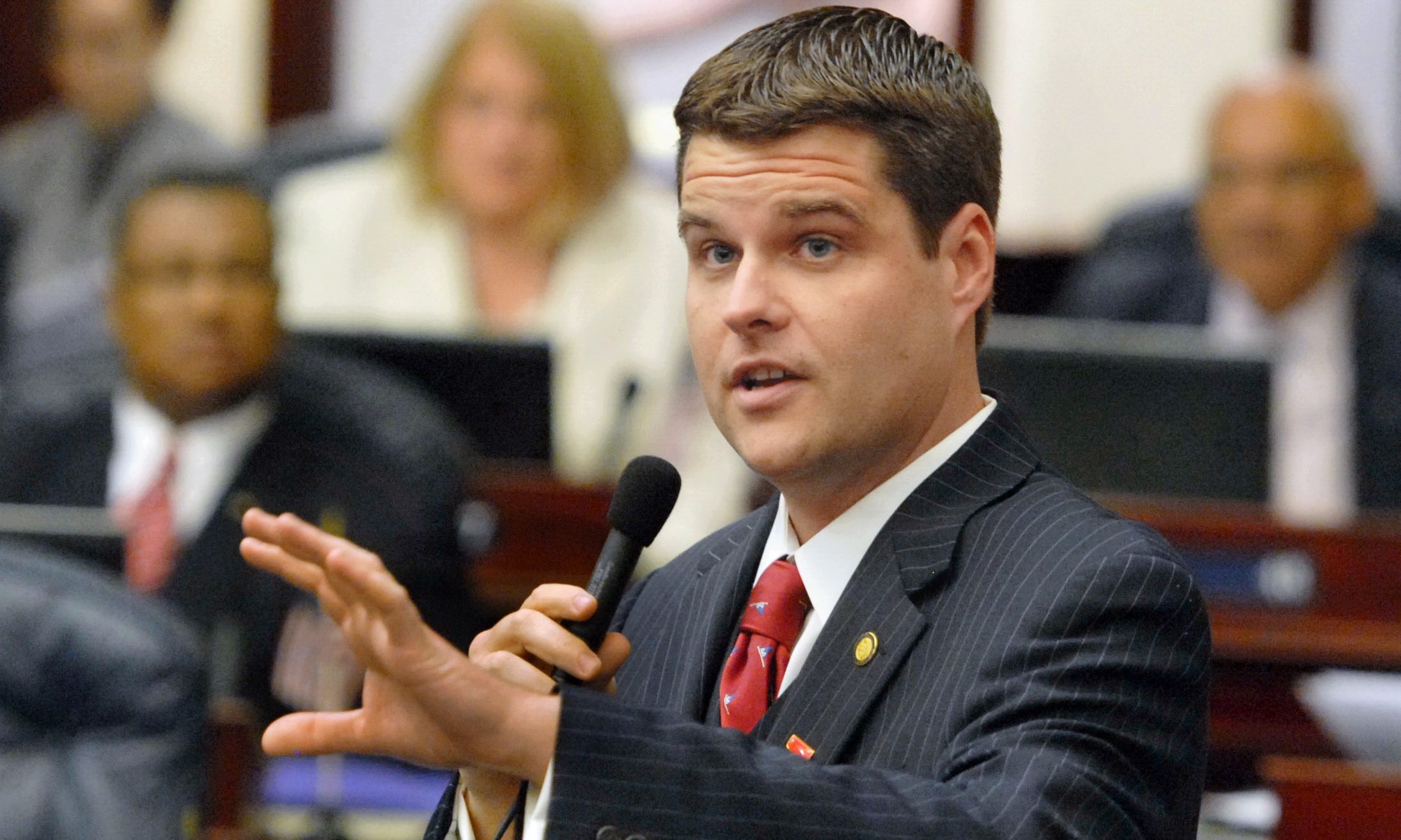 Rep. Matt Gaetz (R-FL) suggested on Saturday that he should either be president or attorney general—and added that if he ascended into either high office he would take a friendlier approach to marijuana than past administrations have.

The firebrand congressman, who is the sole House GOP cosponsor of a bill to federally legalize cannabis, said in a speech at the Turning Point USA conference that “I figure in the next term of Donald Trump—whether that’s in 2021 or 2025—that he ought to pick me to be the attorney general.”

“And if for whatever reason he doesn’t run, maybe I ought to pick the attorney general,” he said in remarks first reported by Mediaite, implying a possible run for the presidency. “I’d go easy on marijuana, tough on big tech and I would go after the deep state. Wouldn’t that be a nice reversal?”

Gaetz, a close ally of the incumbent president, has consistently supported cannabis reform. He was one of five Republican lawmakers to vote in favor of a marijuana descheduling bill earlier this month, but not before calling in “flawed” in part because of restorative justice components that he’s previously criticized.

In any case, Gaetz as attorney general or president would likely shift the political dynamics of federal cannabis policy in a significant way. At the very least, having him as the nation’s top prosecutor would presumably mean a return to Obama era guidance that largely shielded individuals operating in compliance with state-legal marijuana programs. It could also mean a more formal reclassification of cannabis under federal law.

And given President-elect Joe Biden’s ongoing opposition to legalization, the GOP member might even represent a more cannabis friendly candidate for the White House in 2024.

But it’s not clear if the congressman was being serious about his interest in either role or if it was bluster to rally the conservative conference audience.

Earlier this year, Gaetz said that Congress would ignore a budget request from President Trump that would have ended a current policy protecting medical marijuana states from federal interference.

“We have the votes to continue the current policy through the appropriations process,” he told Marijuana Moment.

In 2019, the congressman disclosed that he’s held conversations with the president about medical cannabis and that Trump has consistently been “very supportive” of the issue.

He previously revealed that he has discussed marijuana reform with the president in the Oval Office, but he’s been reluctant to provide details about the content of those conversations.

Gaetz also discussed opportunities to expand cannabis research with the now outgoing attorney general, William Barr, who himself said there was a need to resolve the federal-state policy conflict.

Congressional Funding Bill Restores Financial Aid For Students With Drug Convictions, And Has Other Marijuana Provisions