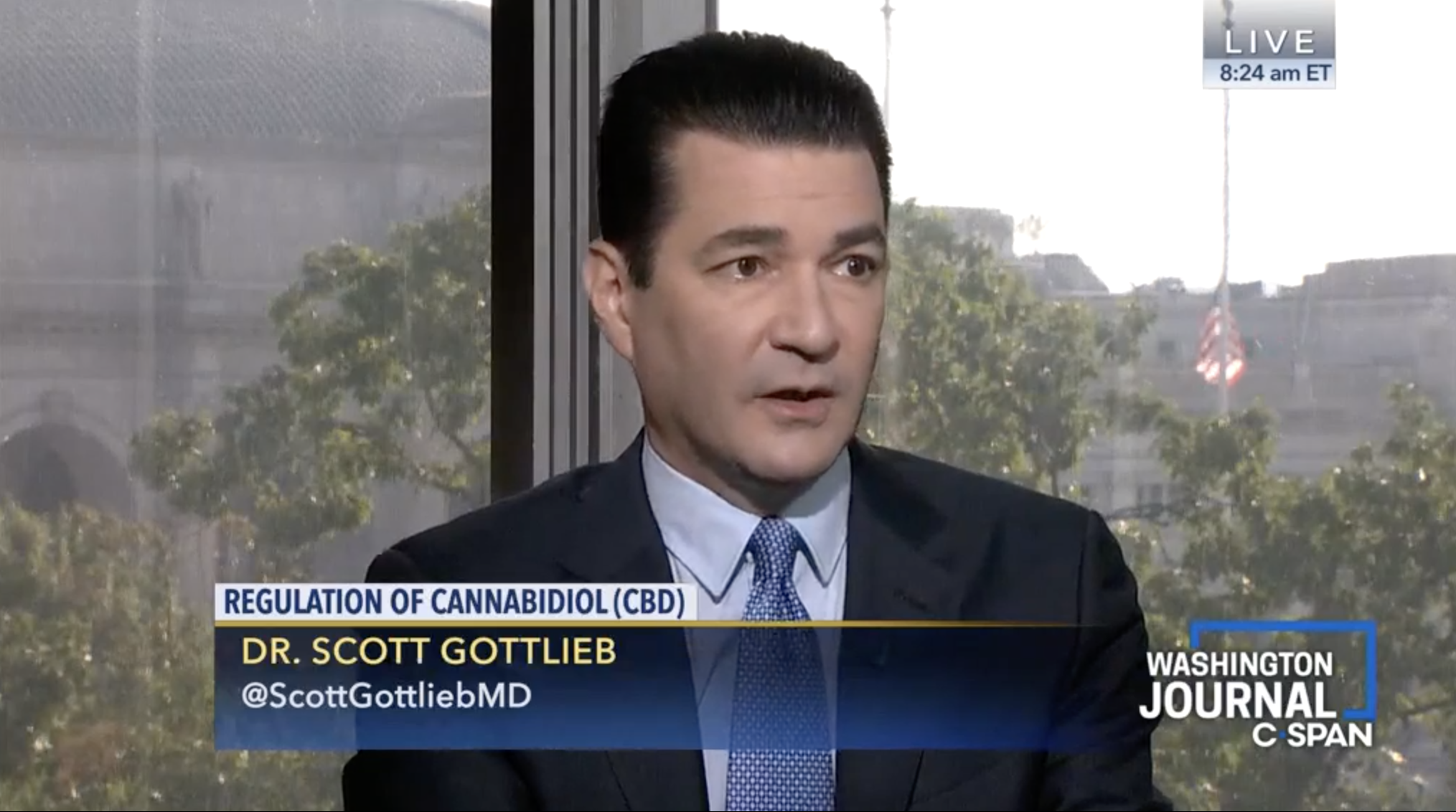 The former head of the Food and Drug Administration (FDA) said that the country should consider decriminalizing marijuana and create a federal regulatory framework to “standardize” state-level cannabis markets. But he doesn’t personally back full-scale legalization.

During an appearance on C-SPAN’s Washington Journal on Wednesday, Scott Gottlieb took a call from a Washington State viewer who said legalization was working well for the state and that it was a better system than incarcerating people for marijuana offenses.

Gottlieb said the caller’s comment raised the importance of differentiating legalization and decriminalization, arguing that legal cannabis systems pose public health concerns due to the potential impact of THC on brain development.

“I do think that we’re conducting a very large and potentially unfortunate national experiment in this country by making THC and marijuana so widely available, particularly seeing the rapid rise in youth use of THC,” he said. “There are going to be long-term effects from that on developing brains, seeing so many kids now using THC because of the legalization of these products and the retraction of any stigma associated with the use of these products.”

(Recent studies, including one published in JAMA Pediatrics last month, have indicated that youth consumption actually decreases in states where cannabis is legalized, possibly due to regulations that keep underage consumers from purchasing marijuana.)

But while Gottlieb made his opposition to legalization clear, he said the country “could look at decriminalizing marijuana, and there are valid reasons why we ought to do that from a public policy standpoint.”

“That discussion should be separate from legalization, particularly around recreational use,” he said.

“Two things: one, I think we ought to look at decriminalizing it,” he added. “People are arrested for possession of marijuana and face sentences that are oftentimes in excess of what they would receive for offenses that I think are far more significant and serious. You do see too many people I think developing significant criminal records for small possession charges of marijuana.”

Watch Gottlieb discuss decriminalizing marijuana, starting at about 17:30 into the video below:

The comments go further in support of decriminalization than when Gottlieb signaled he supported the policy position last year, though they still fall short of an explicit endorsement.

The host asked Gottlieb if he’d discussed decriminalization with the White House during his time at FDA. He said he hadn’t “because my domain was largely public health and the discussion that I would typically get drawn into was the question around legalization and particularly around the youth use of these products.”

While the former FDA official said that the country’s marijuana reform efforts should be limited to decriminalization, he also conceded that “ultimately we’re going to have to have a federal reckoning around” questions about differing state marijuana programs in contrast to federal law and the varying accessibility to cannabis that results.

“We’ve seen so many states move forward with different laws, many of which I believe are far too permissive from a public health standpoint in terms of making THC available to young people and making it available too widely that we’re going to want to have a federal regime that probably standardizes this and maybe puts in place more stringent safeguards around keeping these kinds of products out of the hands of particularly kids, where you have the biggest public health concerns and the biggest concerns around long-term implications of THC use,” he said.

“I suspect we’re a couple of political cycles away from doing that—not because of a Republican or a Democratic issue, this is not necessarily a partisan political issue,” he said. “I think it’s just going to take the federal government more time to catch up to what’s going on in the states.”

One-In-Seven Americans Use CBD, According To A New Gallup Survey