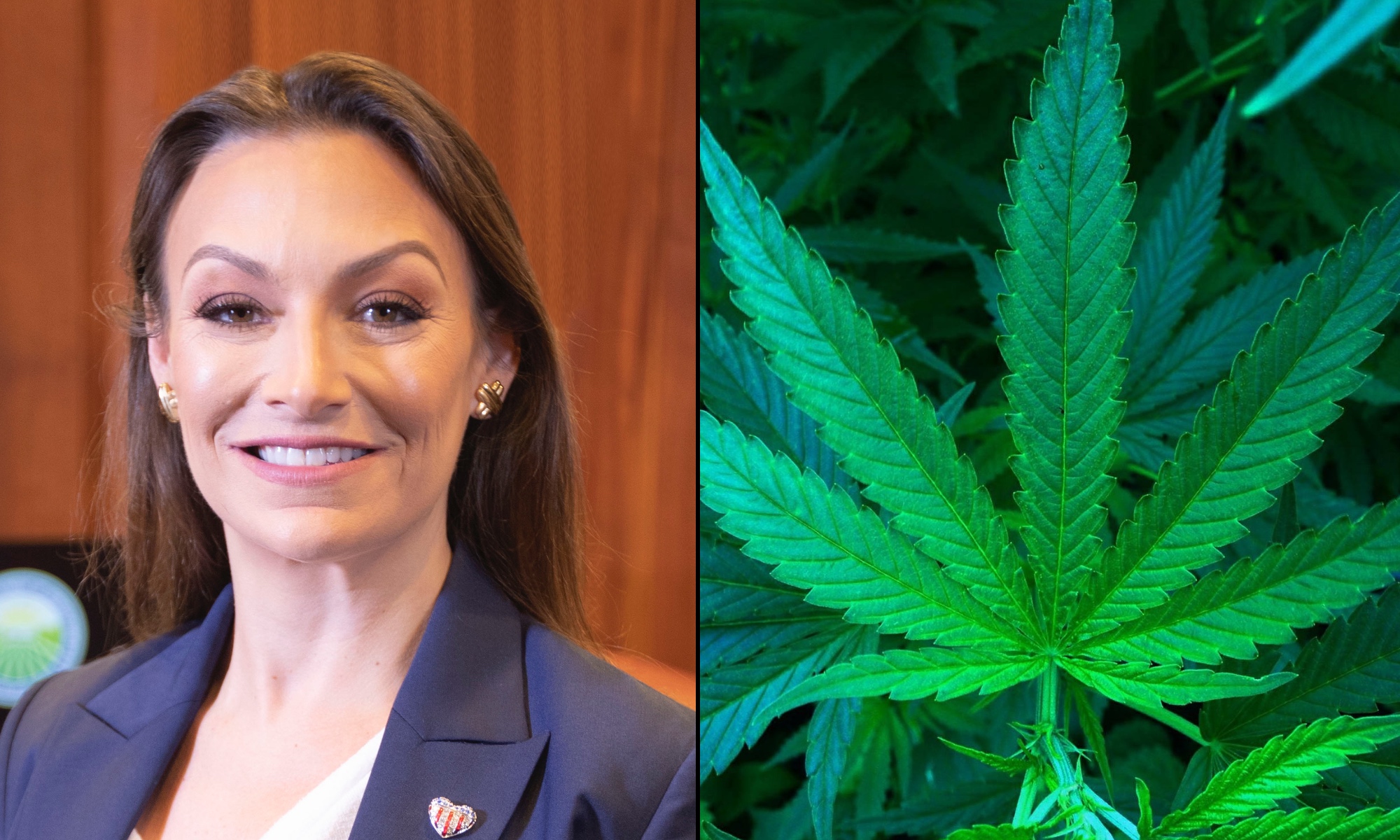 The Justice Department’s characterization of medical marijuana patients as uniquely dangerous and unfit to possess firearms in its new response to a lawsuit exposed an “insulting” and antiquated perspective, Florida Agriculture Commissioner Nikki Fried told Marijuana Moment on Tuesday.

DOJ had been expected to file a motion to dismiss the lawsuit, which Fried filed in April alongside patients who were denied firearms because they use medical cannabis. But the content of the extensive memorandum attached to the department’s motion, which was filed on Monday’s court-imposed deadline, came as a surprise.

The Biden administration’s Justice Department didn’t just hold the line by denying the therapeutic benefits of marijuana, it also made the case that people who use cannabis would be too “dangerous to trust” to possess firearms. The memo’s reefer madness-era rhetoric has dismayed advocates and amplified frustrations over the president’s unfulfilled promises to enact modest cannabis reforms.

“There’s so many of us for years—for decades—who have been fighting against this stereotype of marijuana users,” the commissioner, who is running in a Democratic gubernatorial primary for a chance to challenge incumbent Gov. Ron DeSantis (R) in November, said. “To see the Department of Justice put it down in a 40-page memo defending their motion to dismiss is very disappointing.”

It wasn’t just DOJ’s characterization of cannabis consumers that’s faced criticism. In its attempt to justify the ongoing federal policy prohibiting people who use marijuana from purchasing guns, the department also cited questionable case law going back to the 17th century.

Discriminatory gun bans against groups like Native Americans, Catholics and panhandlers were among the “analogous” examples DOJ included in its memo to defend the present-day marijuana prohibition. The case law-based argument was specifically responsive to the plaintiffs’s revised complaint that accounted for a recent U.S. Supreme Court ruling on gun restrictions in New York.

That ruling generally creates a higher standard for policies that seek to impose restrictions on gun rights. Overall, the Court said that any such restrictions must be consistent with the historical context of the Second Amendment’s original 1791 ratification.

DOJ, referencing the questionable bans from the past, argued in its new filing that “the historical tradition embodied by these laws continues today, with a majority of states ‘restrict[ing] the right of habitual drug abusers or alcoholics to possess or carry firearms.”

The memo goes on to say that cannabis “causes significant mental and physical impairments that make it dangerous for a person to possess firearm.”

Fried said that DOJ’s position “really shows a disconnect between where we are in our country and where the laws are.”

As attorneys for the plaintiffs prepare to reply to the motion to dismiss, advocates continue to put pressure on President Joe Biden to take meaningful executive action on cannabis reform, which the department explicitly recognized in its memo that he has the authority to do.

The commissioner said that it’s unclear to what extent, if at all, the DOJ memo was reviewed by the White House. But in any case, she said that she hopes the lawsuit further encourages the president to act.

“This very clearly states that he has the power to do so,” Fried said. “Hopefully he will see that his department is giving him, again, the authority to do so and laying that out. Hopefully he will take that authority and live up to the promises that he made to the people.”

In a press release on Tuesday, the commissioner said that she “filed this lawsuit to bring attention to how the federal government’s inconsistent and illogical cannabis policies are creating not only confusion, but actual harm.”

Disappointed that @TheJusticeDept moved to dismiss our case, and that they would perpetuate such harmful and offensive prejudicial stereotypes that cannabis users are dangerous or mentally ill to do so. We MUST keep fighting for equitable legalization.

“Unfortunately, the issue raised in our lawsuit is just one of the many dilemmas posed that is affecting a massive number of Floridians and even more patients nationwide,” she said. “Though this particular pathway intended to move much-needed cannabis reform forward might be cut off, I will never stop looking for outside-the-box ways we can further this fight until we achieve full and equitable legalization.”

DOJ’s memo on its motion to dismiss also challenges Fried’s standing in the lawsuit, contending that her role as the head of the state’s Agriculture Department does not make her a representative of the state to the extent that she can claim injury. The filing said that the state attorney general would be a more appropriate official to that end.

Florida Attorney General Ashley Moody (R) has made her opposition to marijuana legalization clear, though, and the commissioner said that she hasn’t approached the other office for join the lawsuit.

“She’s, unfortunately, preoccupied with suing the Biden administration on other issues,” Fried said, referencing lawsuits that Moody has filed or joined that concern other hot-button subjects like immigration and COVID vaccine policies.

Asked whether she would pursue the cannabis patients’ gun rights litigation against the administration if elected governor, Fried said she is “committed to this issue.”

“Regardless of where it sits in the commissioner’s office and when I’m elected governor, making sure that we sign on to the lawsuit to show more support, yes, we would absolutely do it,” she said.

For the time being, however, the current federal policy persists, making it so people are denied gun purchases if they’re honest about their cannabis use while filling out a Bureau of Alcohol, Tobacco, Firearms and Explosives (ATF) background check form—regardless of state law.

As Fried previously told Marijuana Moment, the lawsuit at hand is not about expanding gun rights, per se. It’s a matter of constitutionality that she and other key allies in the gun reform movement feel would bolster public safety if the case ultimately goes in their favor.

Fried brought the lawsuit alongside two medical marijuana patients in the state, as well as Neill Franklin, a retired police officer and former executive director of the Law Enforcement Action Partnership (LEAP) who has declined to use medical cannabis despite its therapeutic value for pain he experiences because of the potential gun rights ramifications.

Another component of the legal challenge is based on a unique interpretation of a congressional spending bill rider known as the Rohrabacher-Farr Amendment, which prevents the Justice Department from using federal funds to interfere in the implementation of state medical cannabis programs.

By preventing people like Franklin from using medical marijuana without risking the loss of their right to buy firearms, the federal government is effectively violating that rider by blocking Florida from adding new patients to grow its program, according to the suit.

DOJ said in its new memo that Franklin doesn’t have standing in the case because he hasn’t faced any specific injury. It also said that the protections of the Rohrabacher-Farr Amendment are limited, and it pointed out that it hasn’t spent dollars to interfere in the implementation of Florida’s medical cannabis program.

Meanwhile, in Florida, a new industry-led campaign filed a marijuana legalization initiative on Monday that they hope will go before voters on the state’s 2024 ballot.