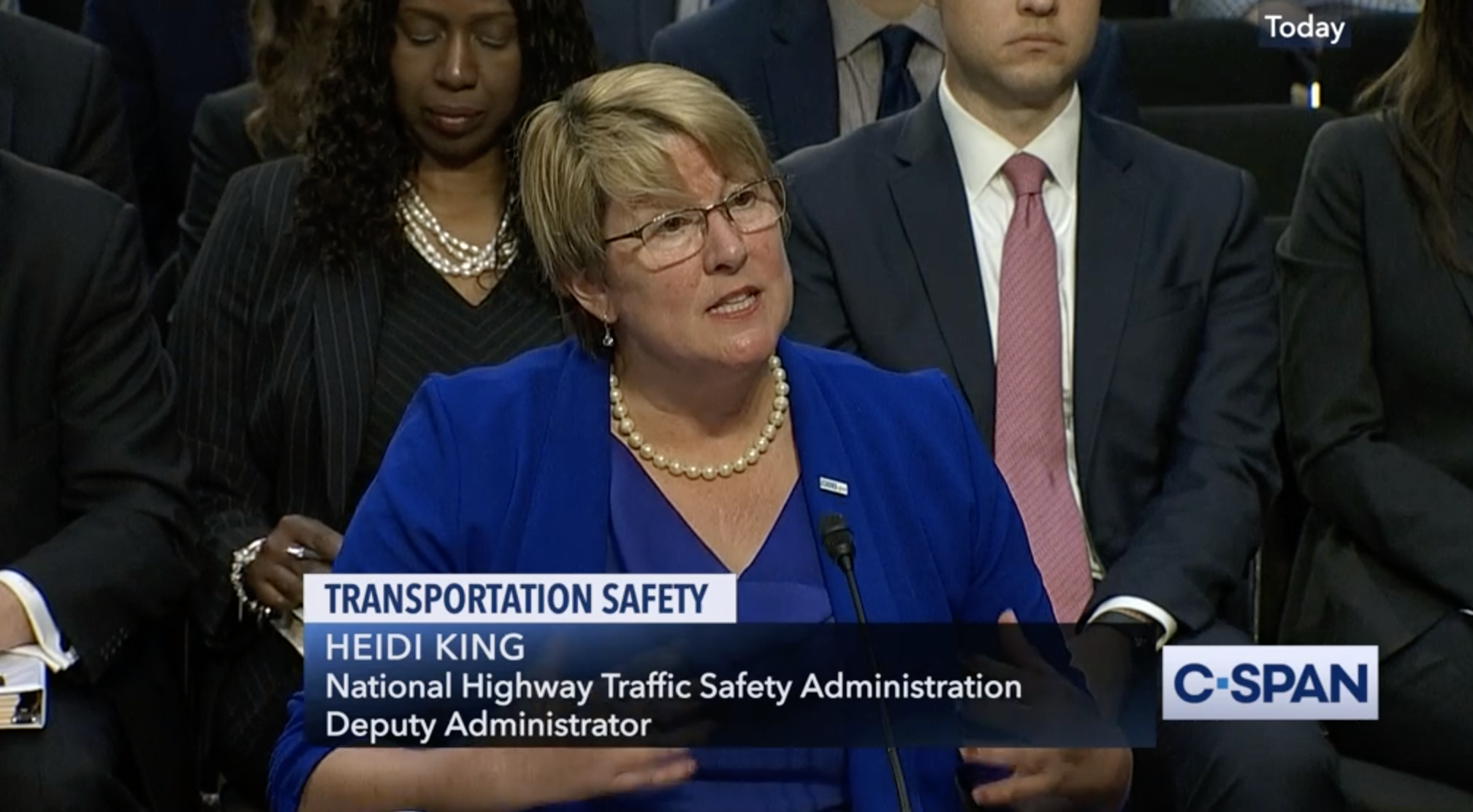 Appearing before the Senate Commerce, Science and Transportation Committee, NHTSA Deputy Administrator Heidi King testified that the department is combating impaired driving from cannabis, opioids and other drugs by issuing grants for law enforcement training and expanding public education campaigns on the issue.

Part of the reason public education is particularly necessary, she said, is because “most users of marijuana who have participated in market research we have developed are saying they believe they drive safer when they’re high because they’re very focused and they’re being very cautious.”

“We know from the driver simulator studies it’s not true,” she said. “We are doing everything we can, putting out more grant funds and supporting communities where the rubber hits the road to make sure we get ahead of the problem. And we educate consumers to make better decisions.”

But while King referenced simulator tests showing that people do not drive better under the influence of cannabis—and most advocates and opponents of legalization alike share the opinion that nobody should drive after consuming marijuana—a congressional report released in May found that the science isn’t quite so clear.

“Although laboratory studies have shown that marijuana consumption can affect a person’s response times and motor performance, studies of the impact of marijuana consumption on a driver’s risk of being involved in a crash have produced conflicting results, with some studies finding little or no increased risk of a crash from marijuana usage,” the Congressional Research Service report stated.

And several independent studies have found that legalization isn’t associated with an increase in traffic fatalities.

Later in the hearing, Sen. Dan Sullivan (R-AK) asked whether NHTSA was focusing its research efforts on states that have legalized cannabis, such as his home state of Alaska.

“Yes, we have actually first traveled to Washington we later traveled to Denver in Colorado to have meetings and learn from them and learn best practices,” she said. “One of the things we find is the states that have been early legalizers of marijuana products like Washington and Colorado, they have a great deal to learn. Other states that were early medical marijuana adopters like the state of California also have something to share.”