Representatives from various federal agencies—including the Food and Drug Administration, Drug Enforcement Administration (DEA) and National Institute on Drug Abuse (NIDA)—convened for a December workshop meant to provide guidance on researching cannabis while the plant remains federally illegal. The workshop was explicitly not about “challenging or changing current federal laws, policies or regulations.”

But during at least two presentations, officials with NIDA and the National Center for Complementary and Integrative Health (NCCIH) listed ways that marijuana’s status as a Schedule I drug under federal law complicates research efforts.

NIDA’s director of the division of extramural research, Dr. Susan Weiss, included a slide in her presentation that laid out administrative and scientific “cannabis research barriers.” On the administrative level, that includes the “complex and lengthy registration process” required for researchers interested in studying the plant, the lack of alternative sources for research-grade marijuana and the ongoing Schedule I status of “non-intoxicating components of cannabis” such as CBD. 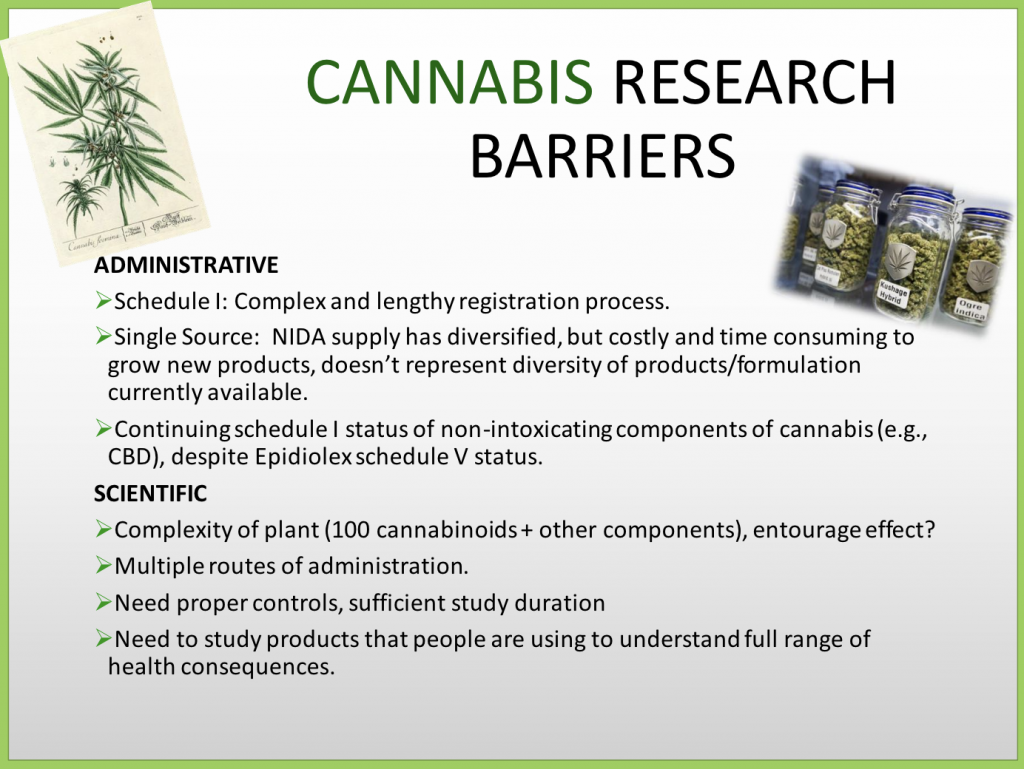 Dr. Emmeline Edwards, the director of the division of extramural research for NCCIH, echoed some of those points in her presentation.

“Despite marijuana being ‘legal’ in some states, the federal government has not legalized cannabis and continues to enforce restrictive policies and regulations,” one slide states. Edwards also discussed marijuana’s Schedule I status and the limited supply of research-grade cannabis from NIDA, which does “not sufficiently reflect the variety of products used by consumers.” 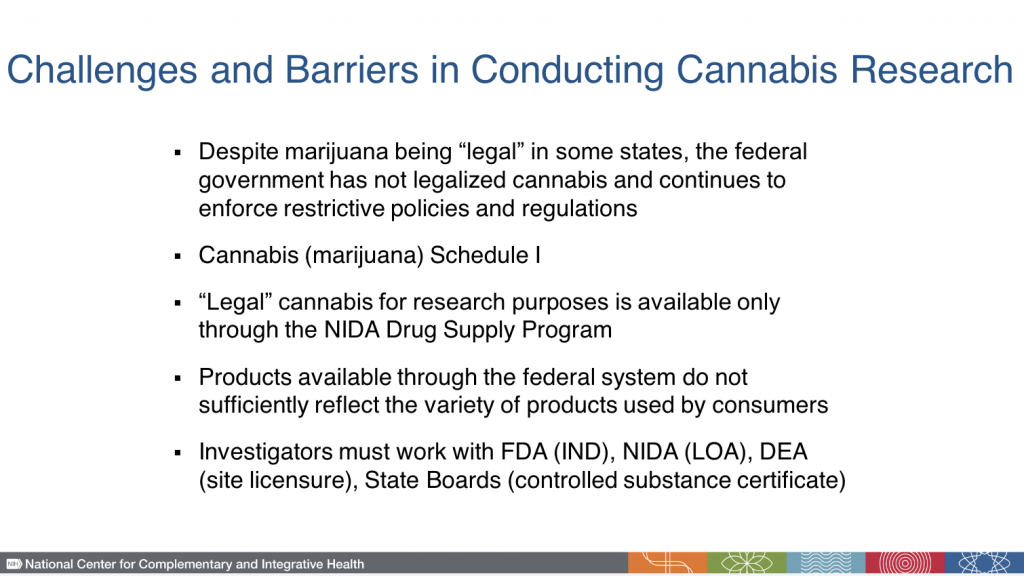 Outside researchers who were invited to speak at the event also pointed out that the process to study cannabis could be simplified if federal restrictions on the plant were loosened. Dr. Margaret Haney, a professor of neurobiology at the Columbia University Medical Center, included a recent quote about marijuana rescheduling from Surgeon General Jerome Adams in her presentation.

“Our scheduling system is functioning, but not as ideally as it could,” Adams said last month. “Things aren’t static. We have to continue to evolve.” 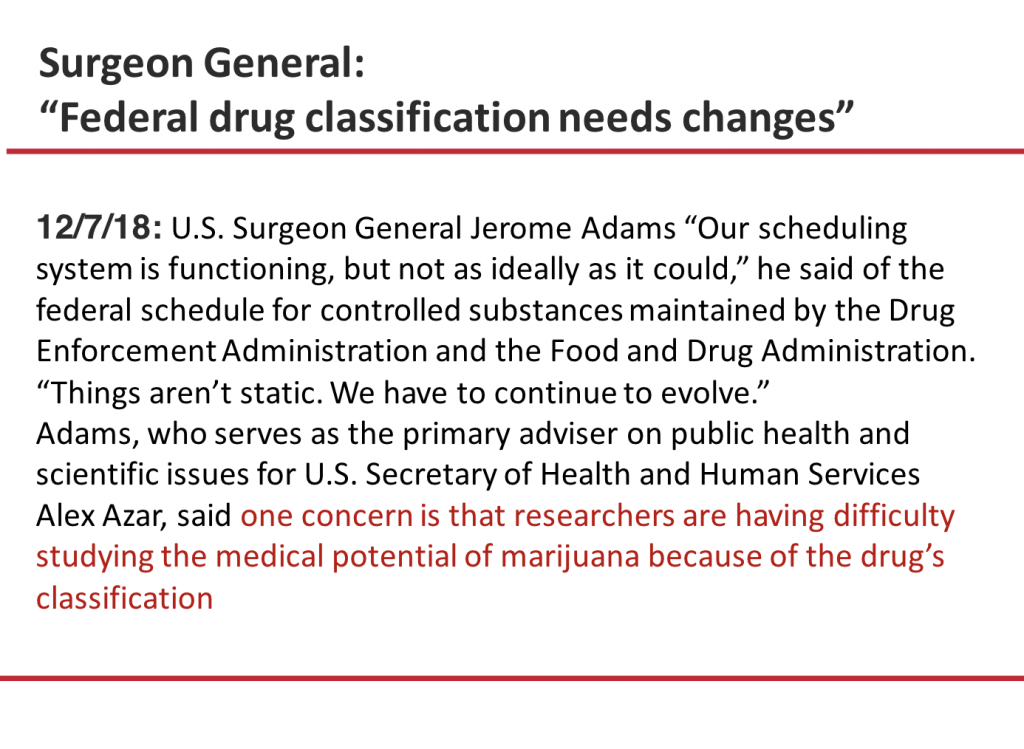 (Adams later walked back his comments, however, and clarified that he is “not in favor of legalizing marijuana, of rescheduling it, but I do want to make sure we do research so that policy decisions are evidence-based.”)

Haney, during her presentation, said that one piece of federal cannabis reform legislation that was introduced last Congress—the Marijuana Effective Drug Studies (MEDS) Act—is “promising” for researchers and “a hot topic” that could be taken up in 2019. That bill would, among other things, expand sources for research-grade marijuana and require the DEA to register additional cannabis manufacturers and distributers.

All told, the materials reviewed from the federally hosted workshop revealed a surprising amount of candor from government officials about the roadblocks current policy place in front of research, and an intense level of interest in expanding studies into marijuana’s therapeutic potential as well as any public health impacts from state-level reform. And while speakers didn’t seem to directly violate the stated event rule against “challenging or changing” federal marijuana policy, the issues that prohibition present to researchers did not go unacknowledged.

At the same time, agencies like NCCIH have stepped up calls for research into cannabis, including one proposal to fund studies on how terpenes and cannabinoids other than THC affect pain.