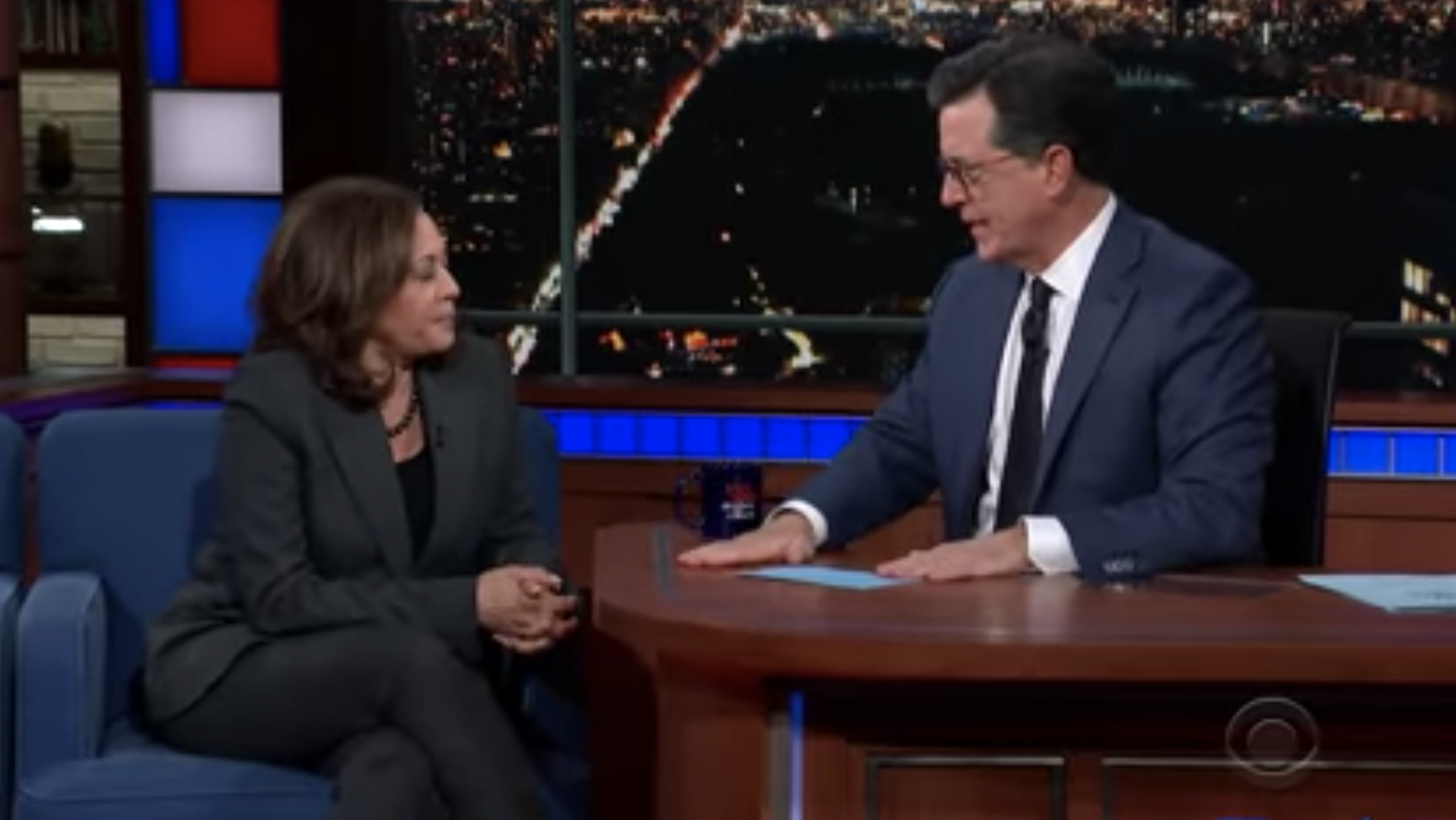 Sen. Kamala Harris (D-CA) flashed a big smile for the cover photo of her new book, The Truths We Hold, which was published this week. But the reason she looks so happy is not because she’s high on marijuana, she joked to late night host Stephen Colbert on Thursday.

Acknowledging that she does look happy on the cover, Harris said “it’s not because I smoked a joint or anything, even though we legalized.”

An unfazed Colbert either didn’t hear the senator or just didn’t find it especially funny, because he moved the show right along without even acknowledging the senator’s cannabis quip.

It seems Harris has always found something humorous about cannabis.

Just a few years ago, before she supported broad reform, Harris laughed off a reporter’s question about her stance of legalization.

Now she’s trying to crack cannabis jokes of her own on a widely watched late night TV show.

Harris is now one of a growing number of lawmakers in Congress and likely presidential candidates who backs legalization at the federal level. Last year, she signed onto a bill introduced by Sen. Cory Booker (D-NJ) that would remove marijuana from the Controlled Substances Act and penalize states with discriminatory cannabis enforcement.

In her book, Harris wrote that it’s “past time” the government dismantle the “failed war on drugs—starting with legalizing marijuana.”

“We need to legalize marijuana and regulate it,” she wrote. “And we need to expunge nonviolent marijuana-related offenses from the records of millions of people who have been arrested and incarcerated so they can get on with their lives.”

The former California attorney general also emphasized the need to treat drug addiction like a public health issue and not resign people suffering from addiction to the criminal justice system.

Photo courtesy of The Late Show with Stephen Colbert.