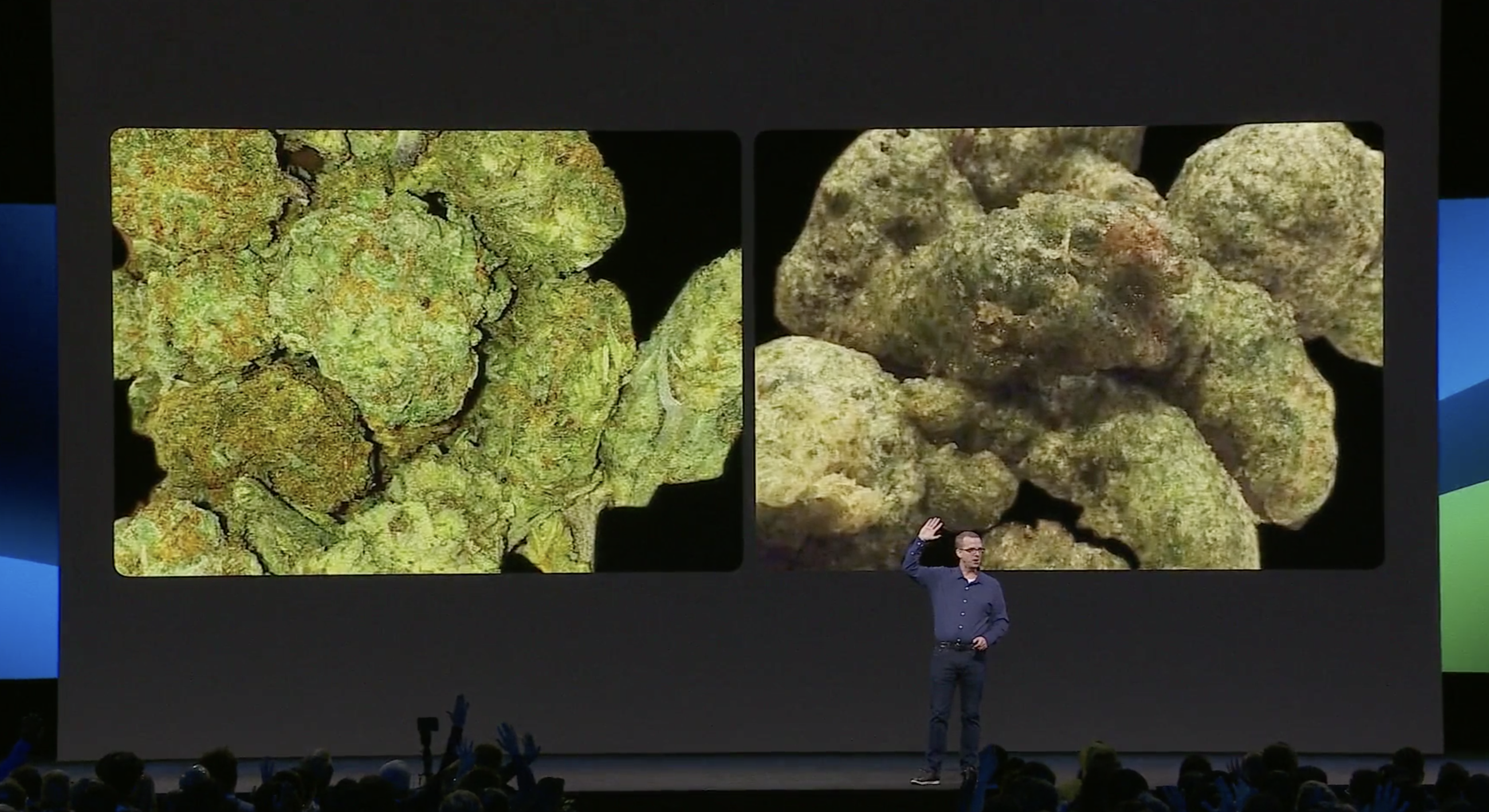 Marijuana buds and tempura broccoli can look oddly similar out of context, but Facebook’s artificial intelligence (AI) technology can tell the difference.

At its annual developers conference on Wednesday, Facebook CTO Mike Schroepfer discussed how the social media giant is able to leverage visual AI to spot “policy-violating content,” including advertisements to sell cannabis on the platform. He explained the process by comparing images of the fried vegetable next to marijuana buds, which he described as the “most benign possible example” of prohibited content he could find.

How Facebook flags marijuana on the social network. #F82019 pic.twitter.com/on62gJ3Y2e

Five years ago, the company relied on “behavioral signals” to catch people advertising cannabis—things like whether the advertiser has been “caught for doing bad stuff before” or whether they used “obvious words” like “marijuana” or “drugs” in the post. But as AI advanced, Facebook developed a system that could visually distinguish cannabis from other miscellaneous items.

To drive the point home, Schroepfer put both images on the screen and challenged the audience to differentiate them.

Audience participation at #f8. Which of these is tempura broccoli and which is marijuana? Facebook's vision algorithms can tell pic.twitter.com/tITTU8EdF4

A very high tech discussion on which of these images AI would consider to be marijuana or tempura broccoli (spoiler: it’s broccoli on the right) #f82019 pic.twitter.com/nNk3sdTV2M

For Facebook, the technology offers a convenient way to streamline its policy enforcement efforts. But for many cannabis reform groups and media companies that run Facebook accounts, the presentation is a window into an ongoing frustration.

The ban on content promoting the sale of federally illicit drugs has had collateral consequences for pages that post noncommercial marijuana material such as news outlets like Marijuana Moment and state regulatory bodies like the Massachusetts Cannabis Control Commission. These pages have at times been hidden from search results (a technique referred to as “shadowbanning”) because the algorithm isn’t able to accurately differentiate commercial advertisements from cannabis-related news articles, for example.

Marijuana influencers and state-legal cannabis businesses have long complained about having their accounts on the Facebook-owned Instagram platform temporarily disabled or permanently blocked for depicting cannabis or advertising their services.

A policy change may be on the horizon, as the company said in March that it wants “to consider whether we can loosen this restriction, especially in relation to medical marijuana, legal marijuana and brick and mortar stores.” But for the time being, Facebook will continue to enforce the policy, and it hasn’t provided a status update on that front at the conference so far.

“It’s against our policies because it’s against U.S. federal law, so you can’t advertise marijuana on Facebook,” Schroepfer said.

People Searched For A Certain Cannabis Product A Lot In 2018, Google Says

Jeopardy Contestants Are Getting Tested On Their Marijuana And LSD Knowledge